Qdos Entertainment have really hit all the markers with this year’s Christmas pantomime. The Liverpool Empire Theatre was almost completely full this evening. Based on the fairytale, this is a traditional pantomime with modern elements, director Bob Tomson has a wealth of talent to work with and a has a real family friendly hit on his hands.

In the interval I was thinking to myself I wonder what these 3D glasses are for? All became clear in act 2, I don’t want to spoil to much of the surprise, but I will say I highly recommend the show if only for the special effects. Truly spectacular. I felt like I’d been transported into the tv and the roars of laughter and shrieks of horror from the children and packed house reflected this perfectly.

Musical direction by Nick Pinchbeck. Some spectacular musical arrangements with fantastic vocals and live five-piece band. A great choice of songs with something for everyone and seamless scene transitions and underscores. 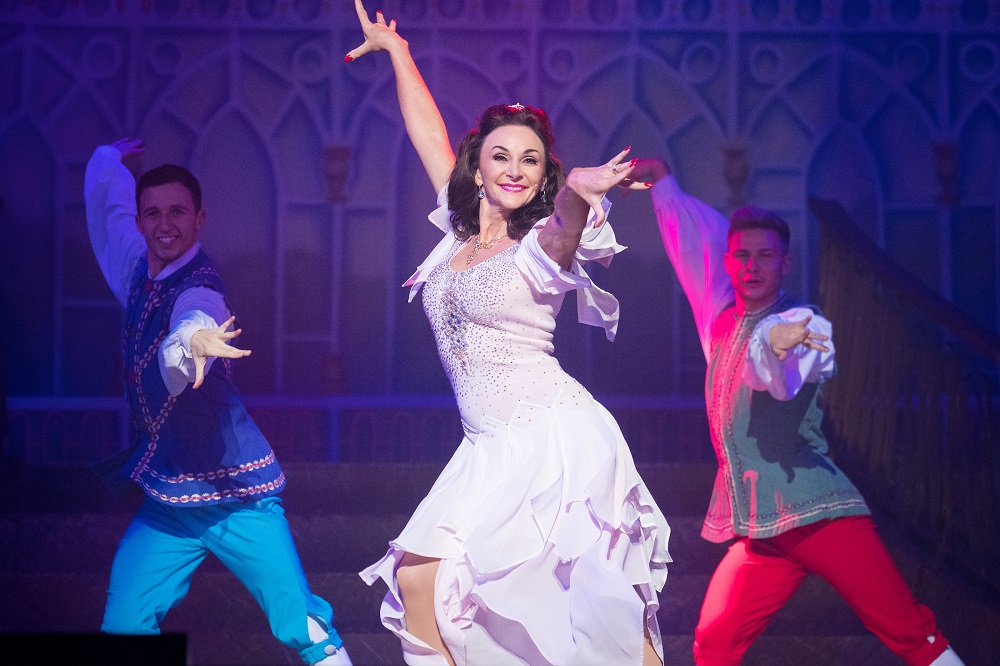 Effortless vocals from Alex James-Hatton as Jack Trot and lovely natural delivery. Alongside the beautiful classic Princess in the form of Clair Gleave. The duet ‘Rewrite the Stars’ from the popular ‘Greatest Showman’ went down a storm with the crowd with several people singing along.

Great choreography from David Wood with 8 senior dancers and 8 juniors. The little ones were truly amazing to watch and a credit to their teachers. A highlight for me being the baby sheep in ‘Talk to The Animals’ I would like to point out that towards the end of act one the children stage left were completely blocked by the bean stalk, they could do with being moved over.

An outstanding performance from Shirley Ballas, in her pantomime debut, a well-liked TV star from ‘Strictly Come Dancing’. She truly is the exception to the rule, so many celebrities who are thrown into pantomime are done so for their name to sell tickets. Well this isn’t the case for her ‘Mother Nature’ role. Ballas commands the stage and recites her poetic lines with perfect comedy timing and with the grace and poise of the beautiful dancer that she is.

The song sheet ‘12 Days of Christmas’ was a real highlight, very entertaining, well rehearsed and executed. Lead by Dame trot Iain Stuart Robertson and simple Simon, John Evans, these two really work well together and have such a good rapport. It can be hard to repeat the same things so many times throughout a run without making them stale and routine, but it was so believable, especially the Curtain falling off. 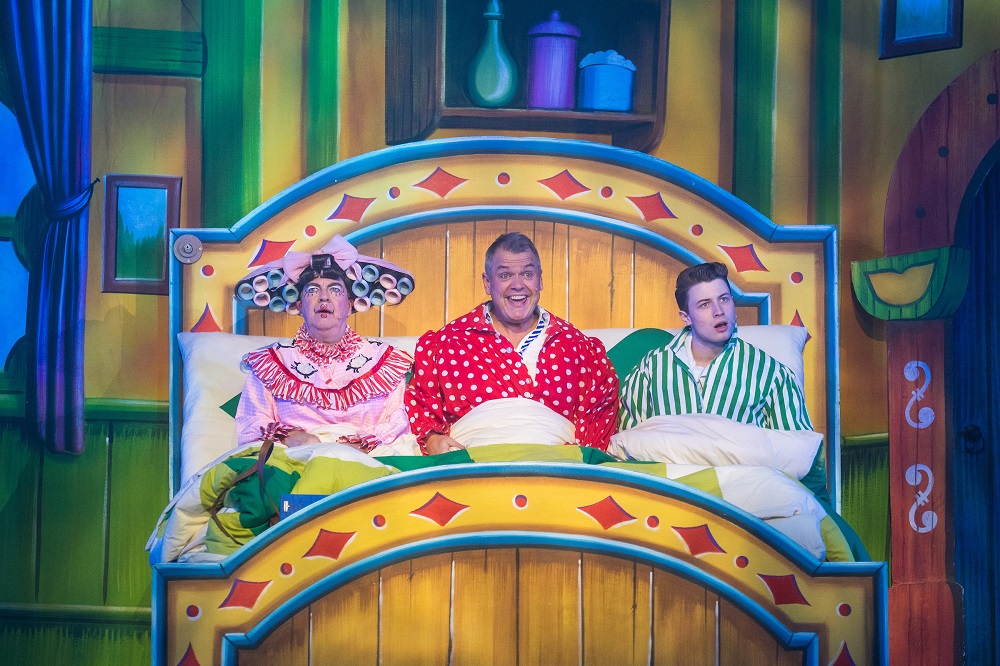 For me I come across the same jokes and standard Panto script a lot and the parts I find funny are often the mistakes and how they’re dealt with, a few highlights for me tonight included the fairy snapping her wand and the Dame calling her onstage son by his real name!

The costumes were the same almost the whole way through the performance leading up to the big wedding, they were nice and well put together but nothing to mention really.

The show started on time at 7 and ran until about 9.15 pm, so a great show to take the kids to. I think there should have been more announcements for start times at the start and after the interval, as I was disrupted several times with people arriving late and coming back from the bar. Also, the lights were turned off while people were still getting to their seats, I’m all for starting on time, but just a warning would prepare people.

All in all, a great night had by all, well and truly worth a visit. Performances running until January 6th 2019.