The Rise and Fall of Little Voice - Theatre by the Lake

Jim Cartwright is a genius at capturing the gritty real lives of working-class northerners. His quick wit lines, summing up a painful existence and delivering a reality which is both funny and deeply sad. The Rise and Fall of Little Voice is one of his classics, writes Karen Morley-Chesworth.

This play tells the story of LV - Little Voice who spends all her time in her bedroom with her late father's records, recreating the voices of the women he loved to listen to. This is an activity her alcoholic, man-eating mother cannot and will not understand until her latest boyfriend sees the potential of making money out of LV's bigger singing voice.

It's a tough act to follow for any actors to take on these iconic roles, made famous in the film adaptation Little Voice starring Jane Horrocks as LV, Brenda Blethyn as her mum Mari and Michael Caine as the mum's boyfriend and club act agent Ray Say.

The true star of this production is Georgina Ambrey's voice - bringing Shirley Bassey, Lulu, Judy Garland, Gracie Fields to name a few to her bedroom and stage. 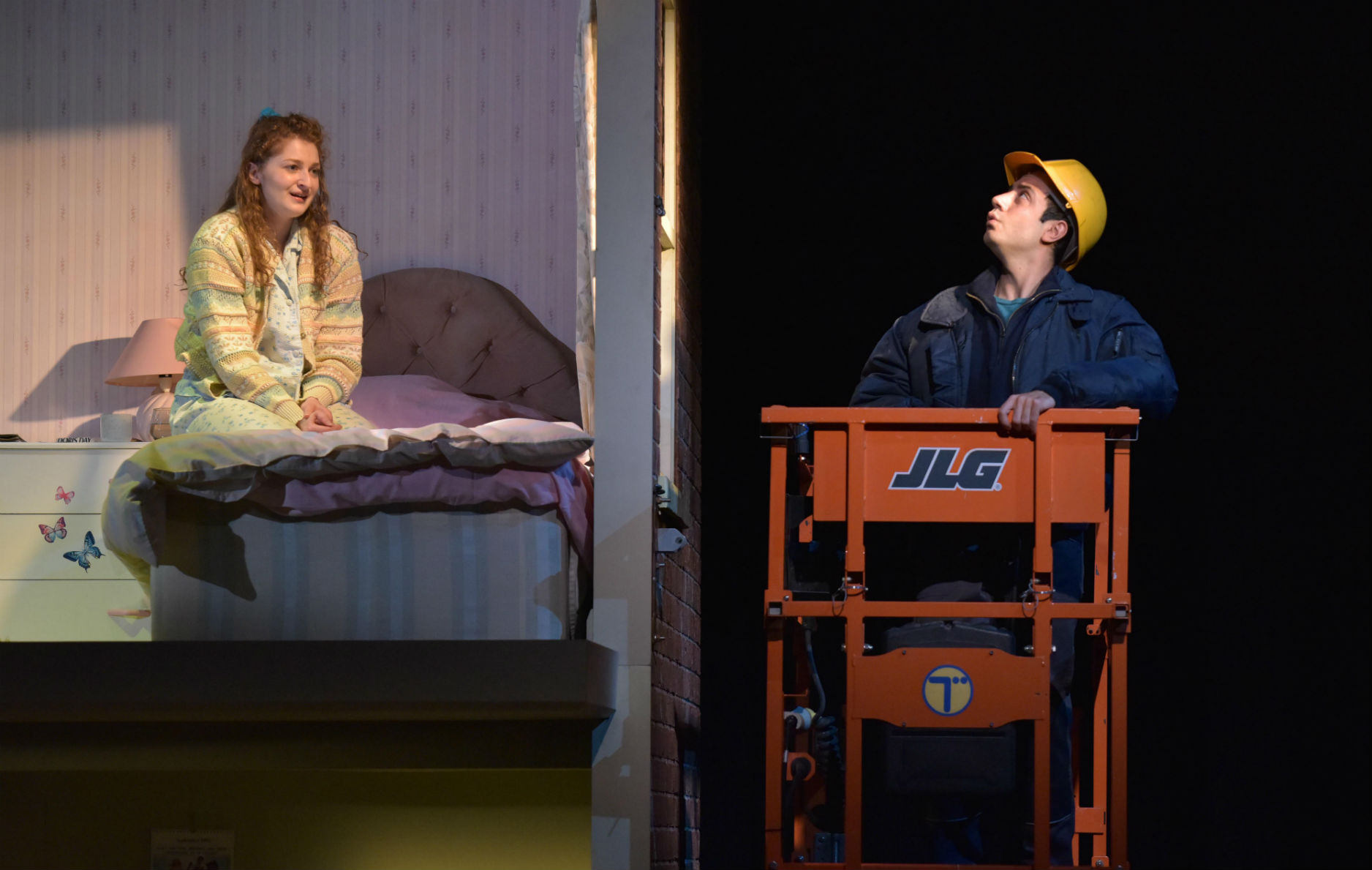 This is definitely a production of two very separate halves. The first half takes the comedy to a slap-stick level, and Emily Pithon as Mari going over the top as well as over the sofa with boyfriend Ray Say played by Chris Porter.

The balance of emotions Cartwright's words delivers I feel are lost in the over-reliance of physical humour rather than giving space for his clever words to ring in the laughter.

The broken relationship which results in the silence between mother and daughter is lost in the over-enthusiasm to create a larger than life character. The sadness of the ageing Mari is also lost as the part falls into a comedy farce.

I've always thought the relationship between LV and Mari was akin to another great northern mother-daughter play, A Taste of Honey. Drunken, man-mad mother looking for stability in the most unreliable men and daughter quiet, unassuming and left behind, unloved.

The grief LV is going through, following the death of her father, is brought out beautifully, through the relationship with Billy - the BT technician played tenderly by Luke Murphy. Ambrey and Murphy's scenes together give this production the contrast it needs to start to counterbalance the other performances.

Eric Potts as working men's club owner Mr Boo perfectly walks the fine line between over the top and in your face, northern humour. His scenes in the second part of the play, in his club, really do turn this beautiful modern theatre into a back-street concert room for a brief time. His timing is perfect, his delivery authentic.

The second leading lady in this production is the set in the second half and lighting designer. There are superb final scenes to enjoy - and the hydraulic platform a very funny addition.

For a younger member of the audience, it must be unimaginable the excitement of having a landline installed in the home - and to be tied to the one spot, waiting for a call. This play first performed in 1992 and made into a film in 1998 captures a club culture that may have been lost forever but which brought great joy to people's dark lives. Ambrey's performance in this production, brings back to a stage near you that light of hope and joy for a couple of hours.

The Rise and Fall of Little Voice is at Theatre by the Lake, Main House until 1st November 2019. https://www.theatrebythelake.com/