The Family Way is a comedy drama adapted from Bill Naughton’s play “All in Good Time.” Also a 1966 film starring Hayley Mills and Hywel Bennett tonight a cast of 11 brought the story to life at the Octagon Theatre in Bolton.

The story begins in the home of Lucy and Ezra Fitton (Barbara Drennan and David Birrell) as they celebrate the marriage of their son Arthur (Harry Long) to Violet (Jessica Baglow). Following the evening where the drink flowed freely and Arthur had kept himself to himself, the happy couple retire to their room only to become faced with an awkwardness towards each other they hadn’t expected, and they fail to consummate the marriage.

Six weeks later Violet confides in her mother Liz (Kathy Jamieson) who in turn betrays her confidence telling her husband Leslie (Colin Connor) about her daughters woes. Following a family summit between both sets of parents it is decided that Violet’s Uncle Fred (John Branwell) may be the person to best advise on the situation.

Add to this jealous son Geoffrey (Maz Runham) and friends Joe and Molly (Marc Small and Anne Wheatley) along with Eddie played by Akshay Gulati, making his professional acting debut, and all the ingredients are there for a story of family relationships and the struggles each have overcome to make them survive.

Elizabeth Newman has directed this piece superbly ‘in the round’ at the Octagon and during the opening scene there is so much going on you just don’t know where to look. Whilst the first half stumbles a bit as the story is set out before us, the second act more than makes up for this. Amanda Stoodley’s design is compact in the small space but at the same time manages to appear spacious.

Birrell as Ezra for me, steals the show. His comic timing is just sublime, I have never before witnessed an actor deliver the same line so many times making it funnier and funnier with each repetition. The completely contrasting more tender moments his character experiences are equally well played.

The newlyweds, Long and Baglow are convincingly played with Long perfecting the shy and retiring mannerisms from the opening moment. Baglow is on stage for the majority of the play and no matter where she is at any given moment you seen drawn to her such is her stage presence, even when covered by a duvet for what seemed like an eternity you couldn’t help sneak a glance over.

Some of the funniest and also moving moments are played out around the kitchen table by the four parents. Each couple could be married in real life such is their connection with one another, and in both case the wife being very much the leader.

This is a highly amusing play with some genuine laugh out loud moments littered with thought provoking drama.

The Family Way continues at the Octagon in Bolton until the 3rd October. 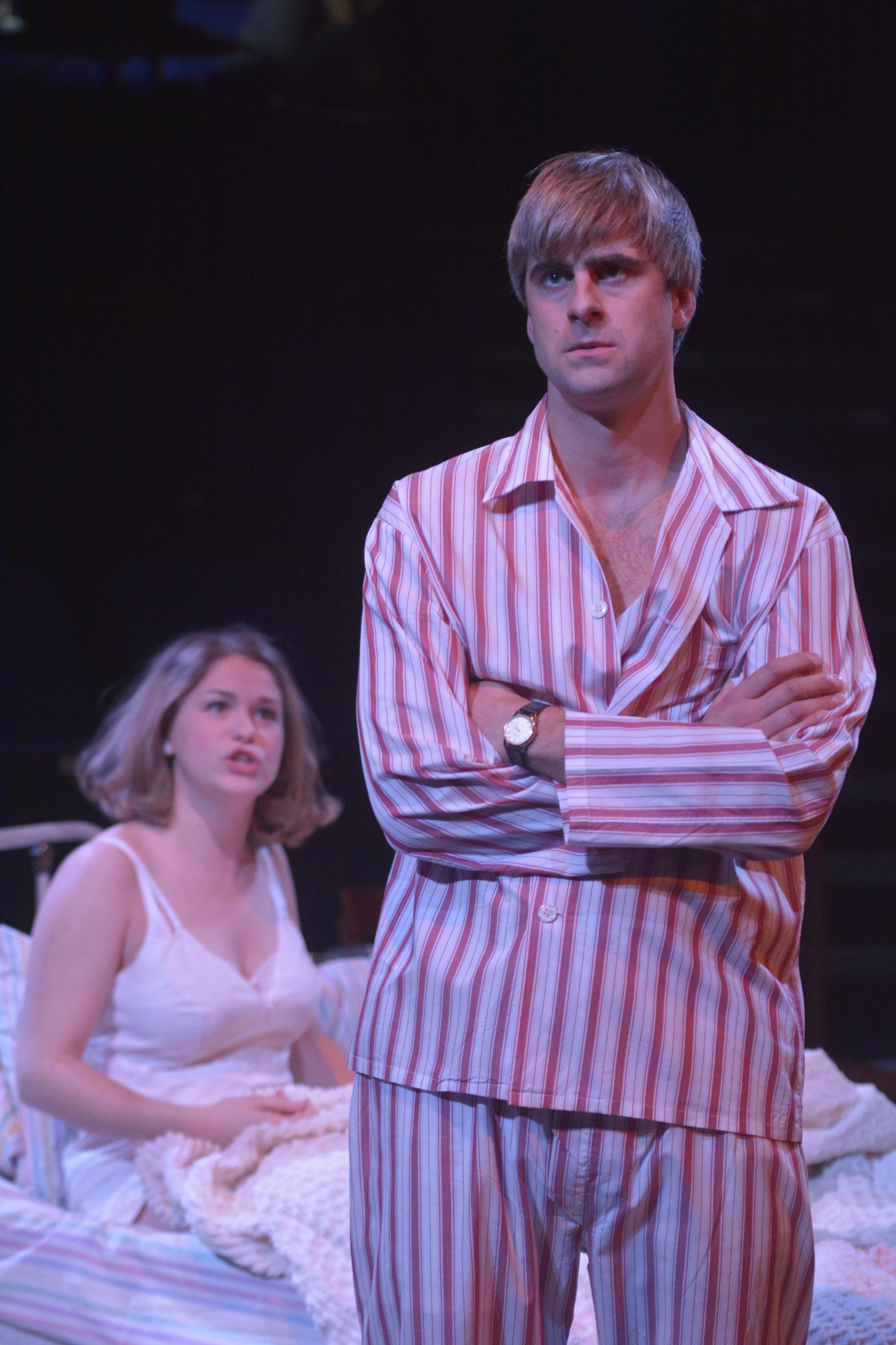