Bronte comes to the Garrick Playhouse for 1 week only

Playing from the 11th – 16th March Bronte by Polly Teale comes to the Altrincham Garrick for one week only.

Three actresses, in modern dress, are discussing the Brontes and their work. As they don their costumes, they assume the identities of Charlotte, 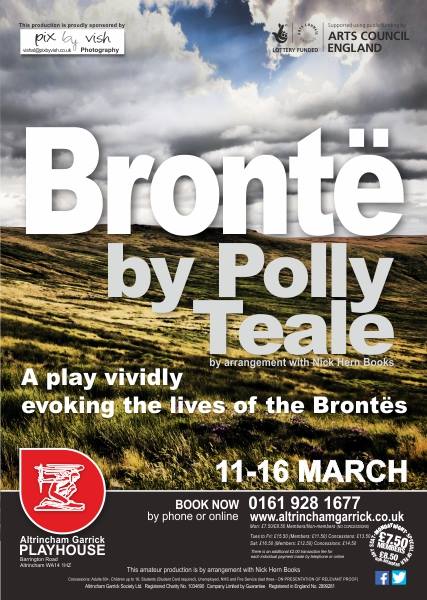 Emily and Anne. A revealing story, which moves back and forth in time, it attempts to show the difficulties the writers had in their private and literary lives. Some of the characters from their novels also appear occasionally to add to the mystique of the family. Their poor health lead to the untimely deaths of the sisters and their brother, Branwell, who also features in this modern yet historical drama.