Manchester Opera House has announced the first stars joining the line-up for Manchester’s ultimate family pantomime this festive season, with Coronation Street bad boys Connor McIntyre and Les Dennis swapping the cobbles for their clutch bags as the Ugly Sisters in Cinderella.

Connor McIntyre is best known for his current role in ITV’s Coronation Street. Joining the soap in 2013, Connor quickly rose to fame playing the villainous Pat Phelan having been embroiled in numerous high-profile storylines, solidifying his reputation as one of soap-land’s ultimate baddies. He has previously appeared in The Governor, A & E, Murder City, See No Evil, Wire in the Blood, Law and Order, London's Burning and Casualty. His film roles include The Be All and End All and Charlie Noads R.I.P while his stage work includes appearances in The Comedy of Errors, One for the Road and Harry's Christmas. 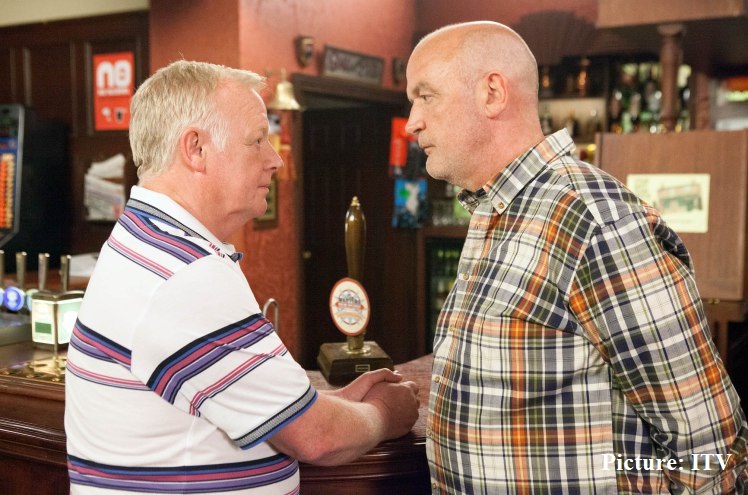 Television presenter, comedian and actor Les Dennis has been a mainstay of British entertainment since he won the 1974 talent show New Faces. His appearance propelled him to have great success in primetime light entertainment shows, starring alongside Russ Abbott and Dustin Gee, including The Laughter Show and Family Fortunes, which Les hosted for an unprecedented 15 year run. His theatre work includes roles in Chicago, Spamalot, She Loves Me and Me and My Girl in the West End, as well as UK tours of Art, High School Musical, Hairspray, Legally Blonde and most recently playing the much-loved Uncle Fester in The Addams Family. His film and television credits include Intimate Relations opposite Julie Walters, Brookside, Hotel Babylon, Merseybeat and Ricky Gervais’s Extras and Life’s Too Short. In 2014, he also joined Coronation Street as Michael Rodwell - a petty criminal who won the heart of his victim Gail Platt but who then met his demise at the hands of his fellow Ugly Sister Pat Phelan.

Michael Harrison, managing director of Qdos Entertainment’s pantomime division, said: “I’m thrilled that we have managed to secure Connor and Les to lead our Opera House pantomime this year. They are a great double act and will bring lots of laughter to the production as the ultimate baddies -I’m sure that Manchester audiences, young and old, will enjoy booing and hissing them!”

Sheena Wrigley, Theatre Director at the Palace Theatre and Opera House Manchester, said “We’re absolutely delighted that Qdos Entertainment are back for a second year. Qdos are known for their stunning sets and costumes, as well as their impressive special effects, so we’re excited to present another high-quality production to our audiences. Connor and Les are two extremely talented and experienced performers and also have a great connection to Manchester, making them the perfect choice for our Ugly Sisters.”

Further star casting will be announced later in the year.

Cinderella, the Fairy Godmother of all pantomimes, plays at the Opera House from 8th – 30th December with tickets from £12. For more information, or to book, visit www.atgtickets.com/Manchester