‘Cilla the Musical’ is, put quite simply, a wonderful celebration of the iconic personality Cilla Black. From her days performing in the pubs and clubs of Liverpool including the infamous Cavern, to her relationship with Bobby and her rise to fame following her introduction to Brian Epstein, this brand new biographical musical tells the story of this much loved star.

Kara Lily Hayworth’s portrayal of the charismatic Liverpudlian from Scottie Road was fabulous. A perfect follow on from the fabulous Sheridan Smith’s portrayal of Cilla on Television, Hayworth proved that she was in my opinion, Smiths equal in voice. She belted out Cilla’s hits with a clarity to her voice and whilst she was in the main a powerhouse of a performer, she also sang with a subtle sensitivity. Stand out songs for me were ‘Anyone who had a heart’, ‘Love of the Loved’ and ‘Step inside Love’. Hayworth captured Cilla’s down to earth nature and naivety as well as her feistiness and ‘diva’ moments to perfection. 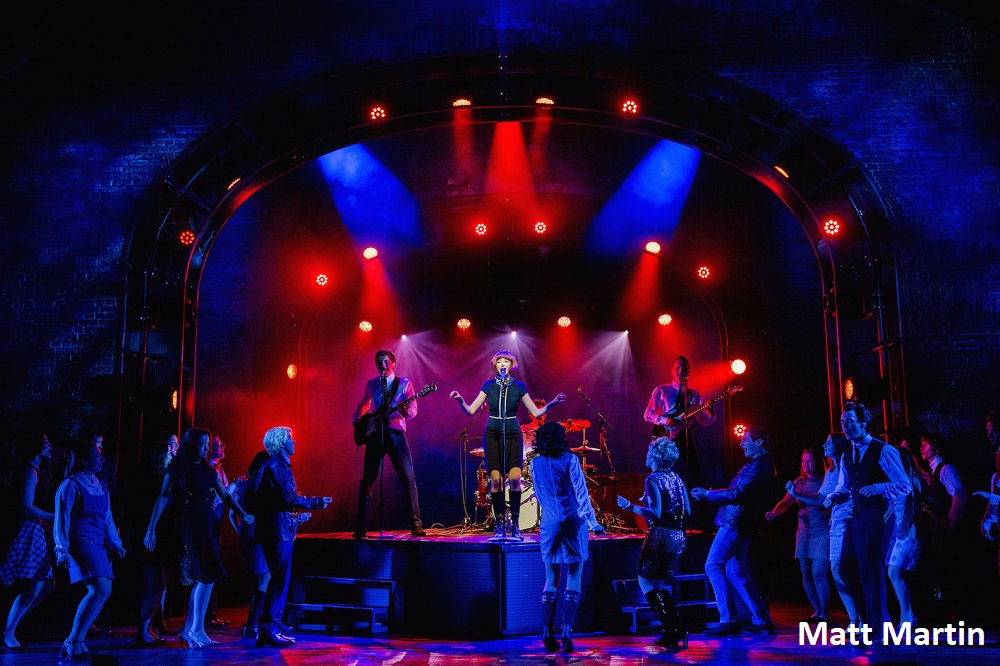 Paul Broughton’s portrayal of John White, Cilla’s Dad was entertaining to watch. With a hint of Jim Royal from the Royal family about him, he epitomised a loving, slightly over protective Father whom Cilla adored. The wonderful Andrew Lancel played the part of Brian Epstein and he demonstrated a magnificent mix of Epsteins love of Cilla with a smattering of angst and awkwardness as he struggled with aspects of his personal life.

Gary McCann must be acknowledged for costume and set design. The costumes instantly took the audience straight back to the swinging 60s in Liverpool. The set epitomised the 60’s. The red phone box scene when Cilla and Bobby heard that Cilla’s single had got to number one was well executed. The large ‘Cilla letters’ at the Palladium and the glamour on set during her appearance on the Ed Sullivan Show demonstrated her rise to fame in comparison to the earlier days singing at the Cavern Club on stage with the Beatles. .

The Beatles were pretty much a constant theme in the show and whilst it could be suggested that this took away from Cilla I think it represented the time accurately. Liverpool in the 60s was all about the music and this was portrayed well in the performances by the Beatles on stage. The Beatles were much loved at the time and for many years after and although there may have been friendly competitiveness it was clear to see that they were almost like brothers to Cilla. This was highlighted to the audience in the way John Lennon (Michael Hawkins) introduced Cilla to Brian Epstein. I believe it was essential in the performance to include this.

Directed by Bill Kenwright, the show details key events in Cilla’s life and so is as much a story as it is a sing along musical. The music in the performance drives the story forward by providing a wonderful backdrop to Cilla’s life. For each milestone in her life, there was a key musical moment.

Cilla the Musical is a wonderful narrative of the colourful life of this iconic figure. It demonstrates the hay day of the Mersey sound. Although this time was short lived this musical will ensure that it is not forgotten. The Mersey sound has arguably provided a ripple effect ever since this time as this wonderful city still produces many marvellous performers today. Cilla would be proud indeed.