A familiar nightmare for anyone facing an exam is to turn over the question paper only to reveal an unknown question. But what if there were no question at all? That is the premise of this excellent taut thriller.

Eight candidates are at the final stage of a selection process for a prized job with a mysterious company. They have faced many trials to get to this stage and they are the chosen few. If this sounds like a certain reality TV programme then you should leave those preconceptions at the door. This show makes The Apprentice look like a Vicar’s tea party. 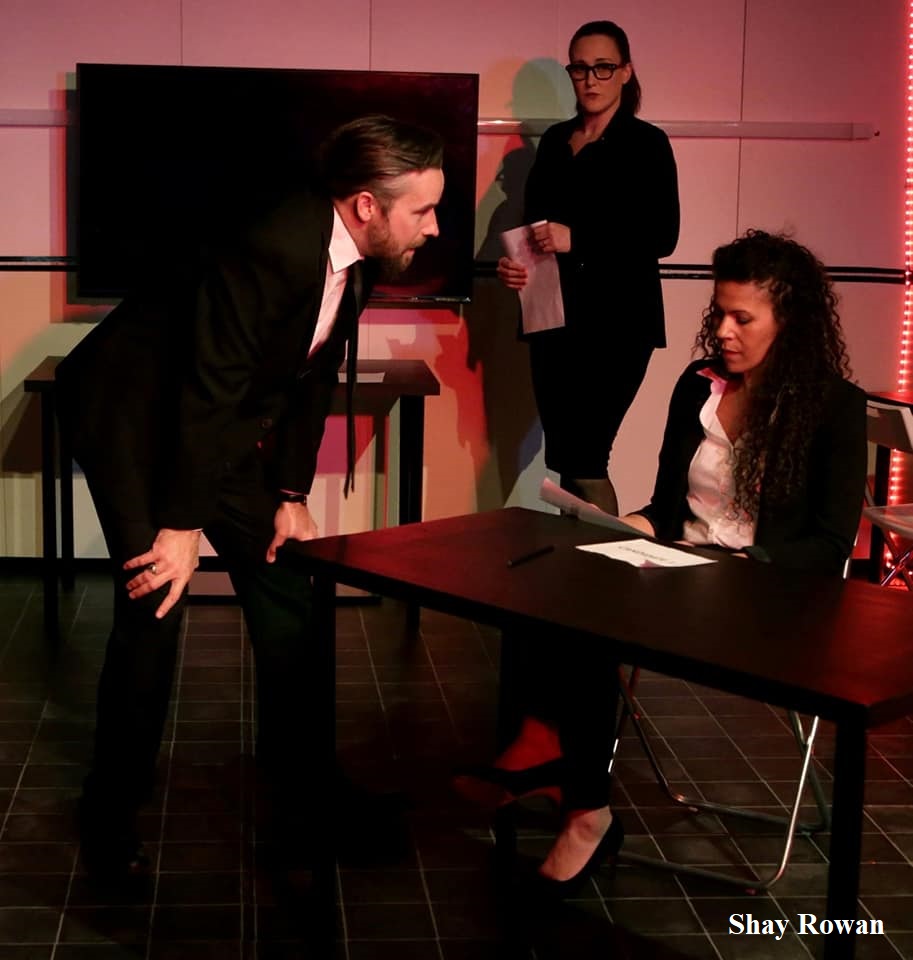 The candidates are seated at their desks with the paper in front of them. They are given three rules before they begin the exam. Do not spoil their papers, do not ask the guard or invigilator questions and do not leave the room. If they do any of these they are disqualified. There is only one answer but what is the question?

How these characters react under pressure makes for fascinating drama. We would all like to think we would be able to cope if pushed into that situation but would we? The play makes reference to psychology and there are various personality types on show.

That is not to say these characters are stereotypes, they are not. The bully has a weakness, the weak man has a punch and the beauty has brains. All the time the dynamics are shifting and you can’t take your eyes off it for a second. It is so engaging and thrilling you really don’t know what will happen next.

The play is an adaptation of a 2009 film that received a BAFTA nomination. Director Craig Hepworth recognised its potential as a play and Stuart Hazeldine adapted his screenplay for the stage.

As the old cliché goes, ‘All’s fair in love, war and business’ and Exam takes that to the nth degree. Human frailties are exposed - greed, suspicion, violence and hate. Some people will do anything to get this job.

This is an ensemble piece and all the actors were superb, their commitment and energy something to behold. For the physicality of the action sequences they are to be commended and the pace of the play was relentless.

It is always unfair to pick out individuals in a piece like this but I thought, in particular, Haydn Holden was powerful and magnetic, John Mackie made for a mesmerising bully and I also enjoyed Andrew Marsden’s expressions whilst the others tried to work out what was going on.

My only quibble is to do with the music that played during the very early part of the play. I understand it was there to create an atmosphere of tension but it was a tad too loud I thought and I couldn’t hear all the dialogue.

That slight problem aside this is a wonderful play with a great twist at the end. It was brilliantly performed and I heartily recommend it. If it was applying for a job I would definitely hire it.