It's always going to be a tall order; to condense the life of Casanova into a 2 hour dance performance but when you find out; this is Kenneth Tindall's first full narrative for Northern Ballet and the show is inspired by Casanova's original memoirs; you soon realise that if anyone can pull it off, it's going to be this production.

It must be said, this is possibly one of the sexiest most passionate ballet I have ever witnessed; Tindall's choreography is intriguing with rather complex characters which pull you into a tale of sex, politics and power, this is evident throughout in its characters with corrupt cardinals and cross dressers to name just two. 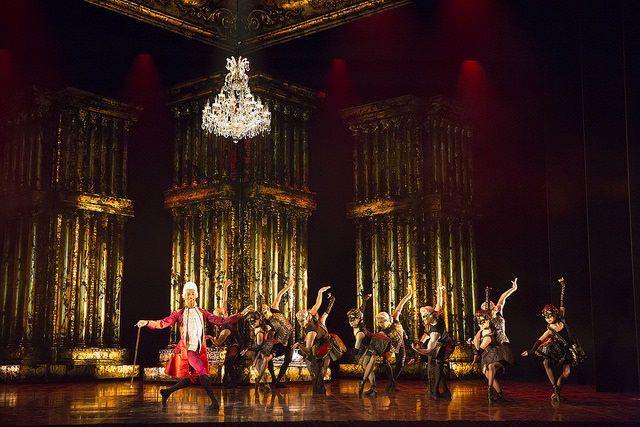 However I'm glad I had a copy of the programme as I must admit I was lost several times during this performance as they try to cram in as much as possible, going from Casanova’s life as an aspiring priest right up to his days in Paris, there is an awful lot to get through and at times it becomes a chore, almost a duty to cover it, even if it doesn't add any merit to the show.

That said, the sheer talent of the dancers is mesmerising; Giuliano Contadini as the lead has fantastic range and perfectly captures the mind-set of a man who contrary to opinion, was not just after sex, Hannah Bateman performs as Henriette by giving a spellbinding performance with all the emotion of being torn between a lover and a baby through an effortless performance, while Dreda Blow takes on the role of Bellino who manages to play quite an intriguing role with style and flair.

The set is as impressive as the Performance and conjures up feelings of grandeur from Venetian churches to palatial settings of Versailles and the set moves around like magic.

Verdict: A busy romp which is effortless but yet tiring to keep up with.