Beauty and the Beast is a love story between beauty also known as Belle and the big scary Beast who lives in a castle. But in this magical adventure of a storyline they will take you on a rollercoaster of emotions that everybody needs to see. Pantomimes are for kids? Not this one! This is the show you need to drag everyone out to see! Even the grandparents, especially the grandads as they were short of a few tonight for a special performance involving sharks.

Right from the very beginning I found myself beaming and smiling at the show the whole way through and thanks to Steve Royal aka Louis La Plonk and his mother Polly La Plonk (Nick Wilton) for moving the show along and filling in the gaps with their great on stage relationship and comedic characters that are guaranteed to have you crying with laughter or chuckling the night away as they make the audience part of the show and even give out some goodies if you’re good.

The special star Keanu, I mean the Beast (Danny Walters) stunned me with his sensitive and angry sides of the beast and his beautiful voice that gave me all the feels and even brought a tear to my eye. 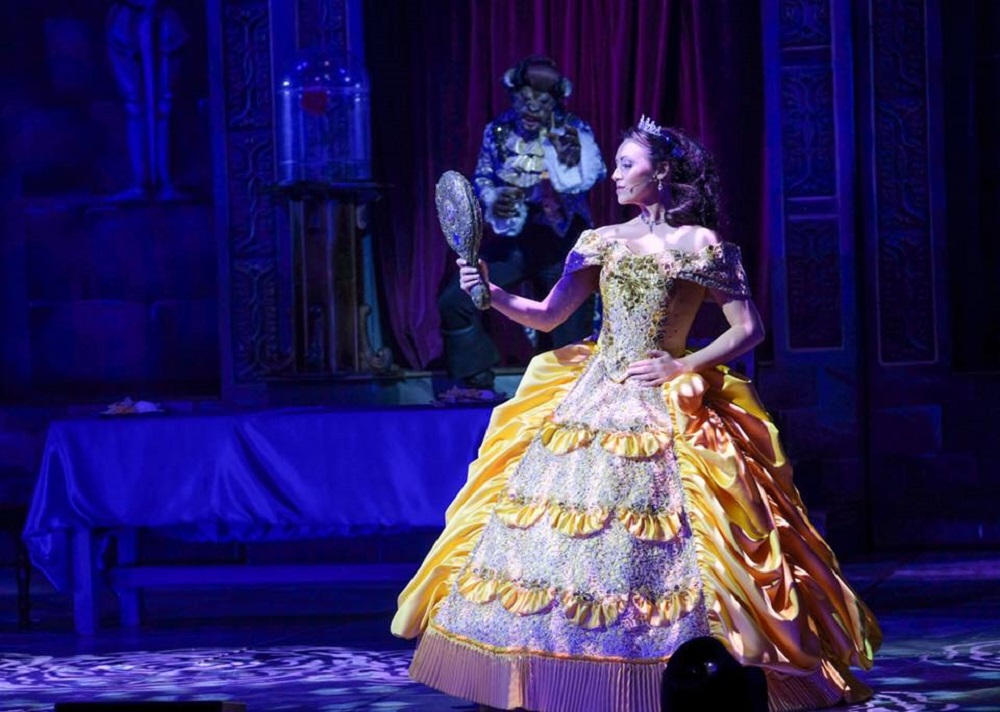 His beautiful co-star Belle (Amelia Adams-Pearce) really raises the roof belting out the newest and best song with her amazing voice and livening up the show making you just want to get up and boogie. If you’re like me, I’ve heard the Greatest Showman a little too much now. So, when they sung their version of “This is me” I was intrigued to listen to the words and found myself falling in love with the song all over again.

How the actors/actresses performed and make the show so clear and easy to follow really makes the whole thing feel special. There were some moments where I felt that the characters rushed the jokes and made it feel scripted but I still found everyone including myself thoroughly enjoying it. The use of the staging and props really brings the show together and adds to the effect of magic. The little dancers from Barbara Jackson Theatre Arts Centre really showed their professionalism and are destined to be big stars when they are older! The way those girls used their faces and performed the routines superbly really stole the show every time they came on.

Overall, the show was a great spectacular with something for everyone. It is a fun filled night with dazzling dancers, comedic fun, magic skills, show and movie references that everyone knows and a bunch of laughter to brighten anyone’s spirits. Well done to the whole cast and crew for pulling off an amazing show. I look forward to seeing future productions. Beauty and the Beast continues until the 6th January 2019. Performance times and tickets can be found at https://www.blackpoolgrand.co.uk/event/beauty-and-the-beast-pantomime/