To me, the boy who never grew up!

Like the Crocodile who swallowed an alarm clock, it's surprising that the Chuckle Brothers (real names Paul and Barry Elliott) have time... Time for pantomime. Their slapstick comedy television programme ChuckleVision is still showing on prime time TV twenty years after it first aired and they are appearing regularly in their own theatre shows. For me (for you?) it was a real delight to find them making an appearance in Wolverhampton Grand Theatre's pantomime, Peter Pan, this Christmas - as I was one of the regular viewers of ChuckleVision in its early years.

Based on J.M. Barrie's classic play, with lots of its memorable lines preserved, Peter Pan tells the story of the Darling children who are visited by the titular character and flown to the 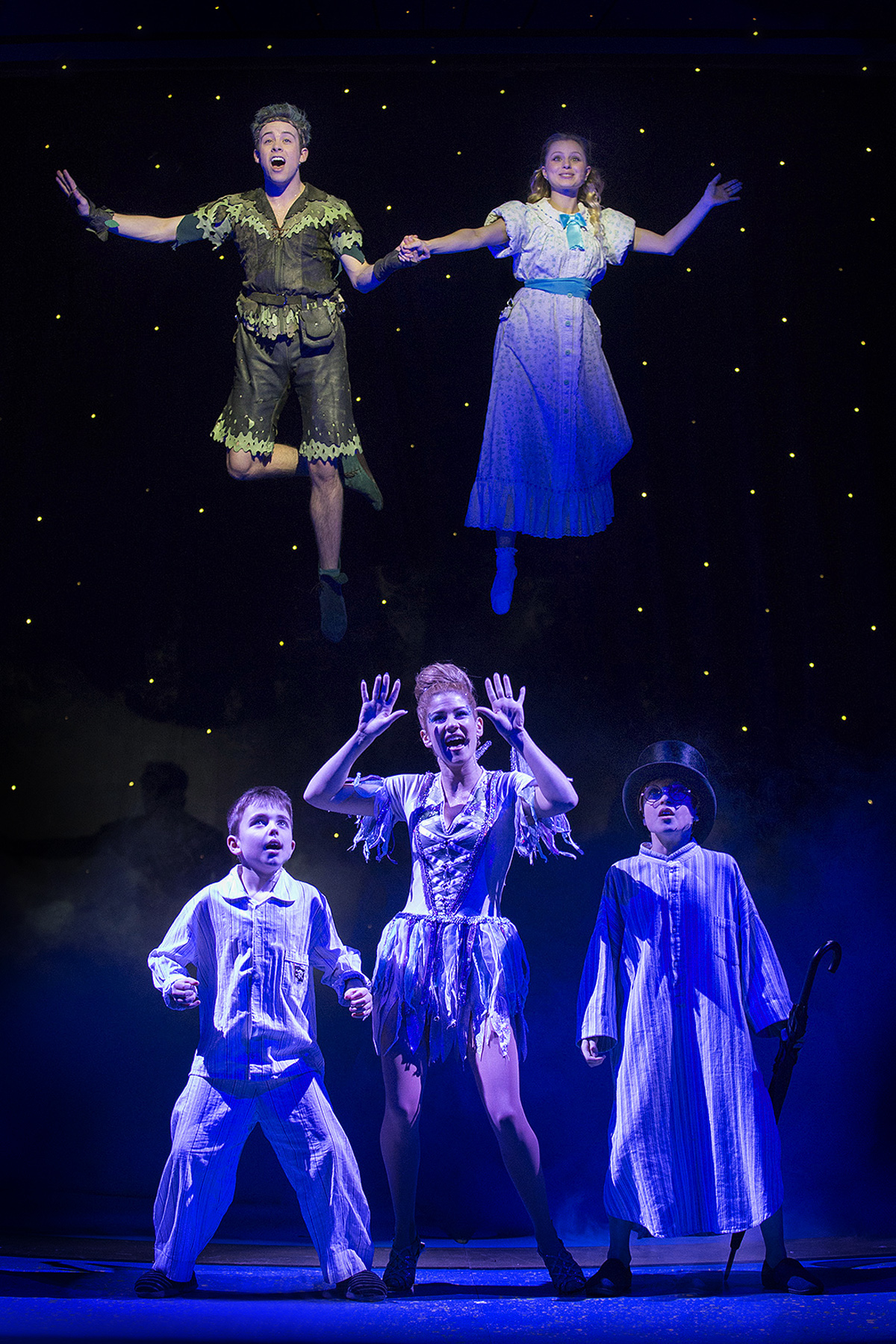 fantasy world of Neverland with the help of some fairy dust (over the rooftops of Wolverhampton in this version) where they are forced to battle dastardly pirates; the most dastardly of all being Captain Hook played by veteran panto baddie John Altman (better known as Nasty Nick from Eastenders) with real flair. Altman seemed to struggle through some of his scenes and his solo during a cover of Taylor Swift's Bad Blood did not "hook" the audience in but that could be due to Paul and Barry's curtain call announcement that he has today become a father. Nevertheless, it was great to hear an eclectic mix of original songs and current chart toppers, which also meant that all of the songs served the plot incredibly well - particularly original song Skyride.

Playing comic and loveable pirates, Paul and Barry Smee, were The Chuckle Brothers who seemed to be having the time of their lives. I was surprised to see them deliver a lot of jokes for the adults, one particularly hilarious scene saw a sword and cucumber used to great comedic effect, but there are so many quips that allow all the family to have a good giggle; their most famous catchphrase - To Me, To You - sounded fresh and was used sparingly. If there is a downside to having them here it would be that the plot almost stopped every time they entered the stage (to the ChuckleVision theme tune) and it turned into a Chuckle Brothers sketch show - particularly the final scene that told the story of Goldilocks and the Three Bears; not that that's a bad thing because the audience loved it and it was thrilling to watch Tinkerbell's magic send a car carrying the brothers (complete with customised Chuckle licence plate) skyward over the audience in a dazzling act one finale. Also taken skyward with the help of Flying By Foy Ltd was Ross Carpenter in the role of Peter Pan; he danced through the air with ease and commanded the stage brilliantly during lots of complicated fight sequences.

His performance and Tinkerbell's (an equally eye-catching Lucy Evans) were the most traditionally "panto" with thigh slaps and winks to the audience aplenty; it's nice to see that tradition being kept alive and well in Wolverhampton.

Peter Pan: The Swashbuckling Pantomime Adventure is showing at Wolverhampton Grand Theatre until Sunday 24th January 2016. For a performance schedule or to book tickets, please call 01902 429212 or visit www.grandtheatre.co.uk 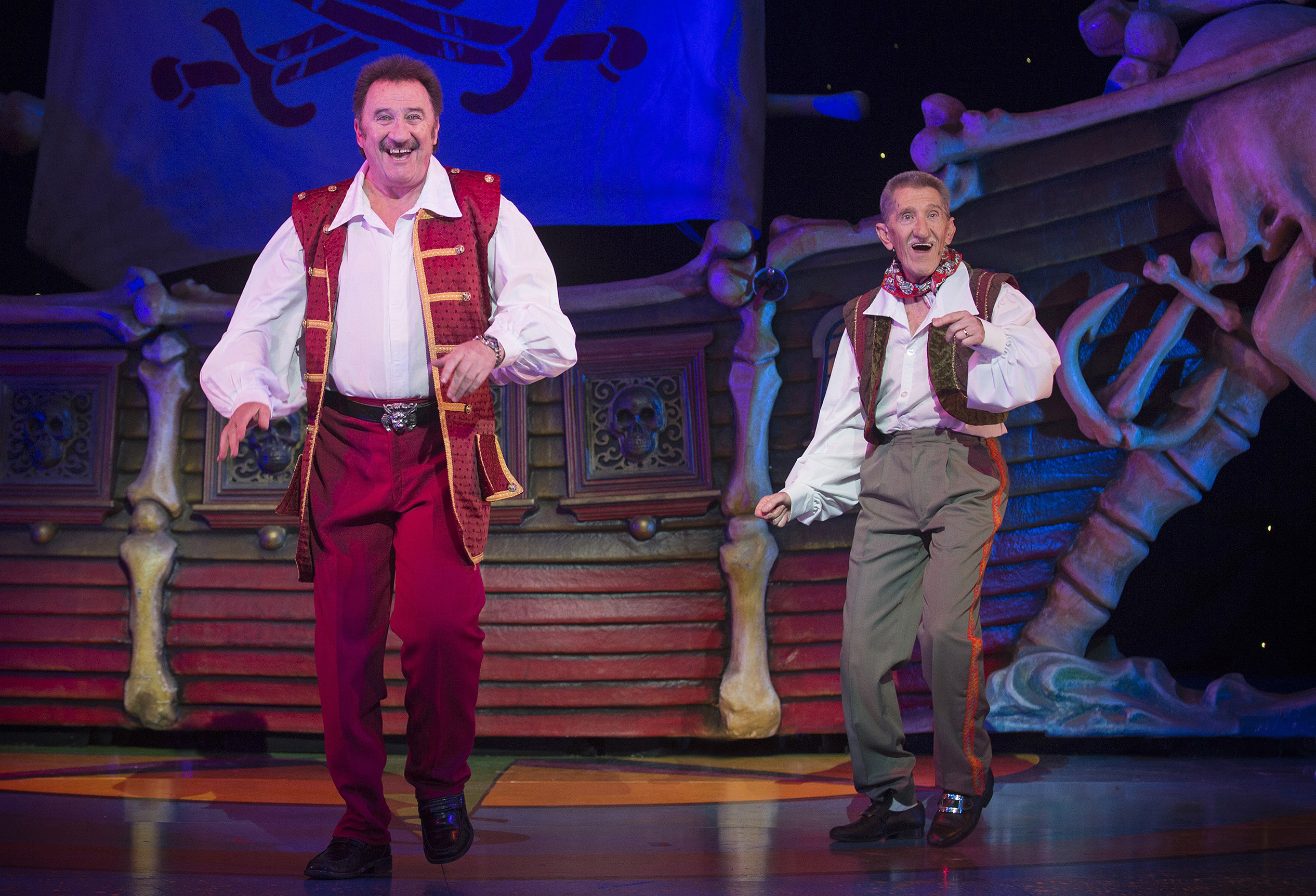