A giant floppy, cuddly dog crawling across the stage got the audience’s attention as soon as the curtain rose, when Peter Pan came to a packed Hull New Theatre on Tuesday night.

That dog was Nana, nurse to Wendy, Michael and John Darling, whose bedroom is where the story begins.

Peter Pan (Jonny Labey, who flies through the air) and Tinker Bell the fairy (Alice Strachan on roller skates) have been sneaking into the children’s room at night to hear their bedtime stories.

One night Wendy (Bethany Relf) catches sight of Peter Pan and he persuades the three children to join him in Never Land, teaching them to fly over the rooftops of Hull. And that’s where the adventure really begins. 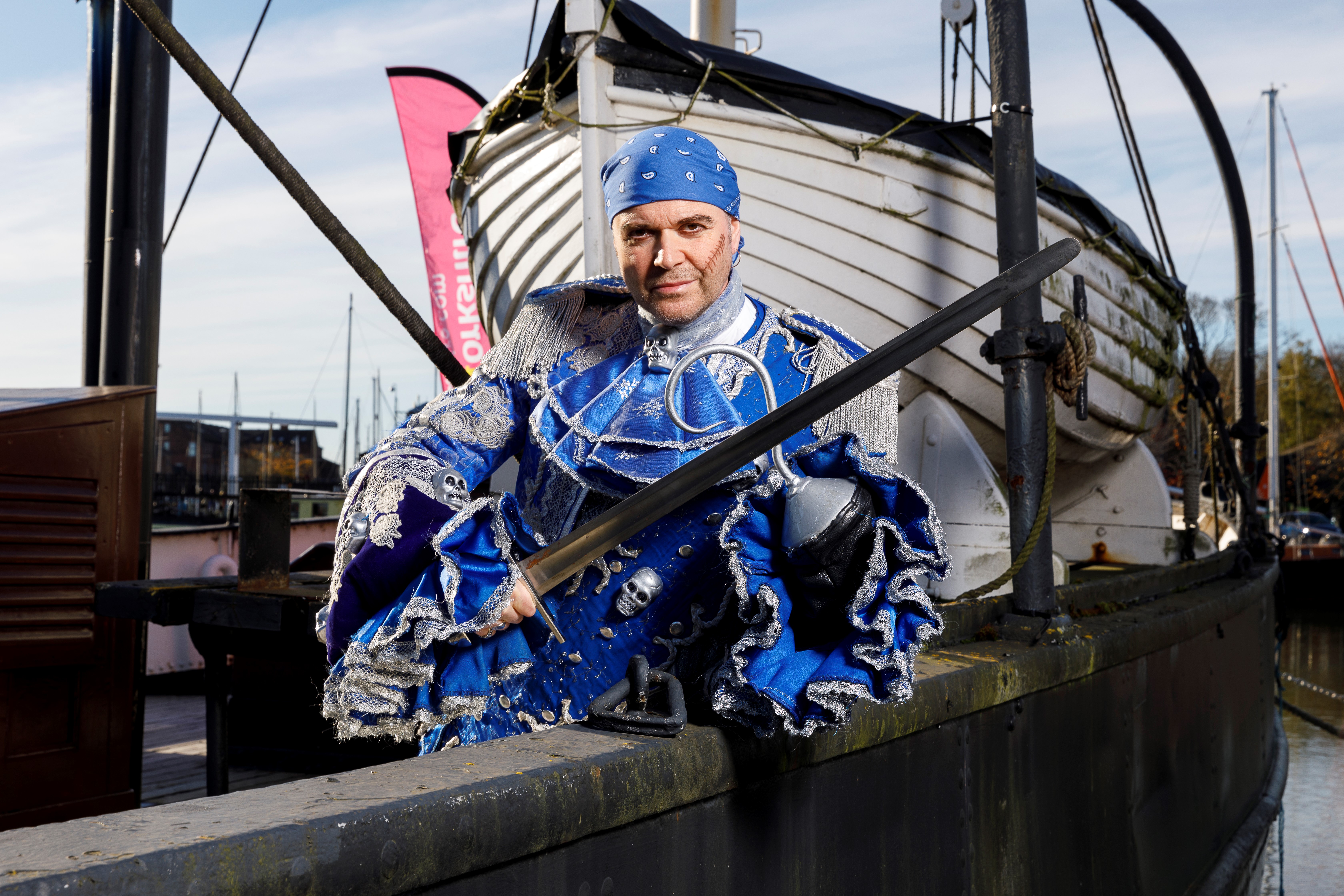 Neverland is home to Peter Pan, the Lost Boys (boys who have fallen out of their prams and were never found), Red Indians, including Big Chief Sitting Sid (Sid Sloane) and Tiger Lily (Savanna Darnell), as well as Mimi the Magical Mermaid (Charlie Hardwick), among others.

This all-singing, all-dancing, colourful extravaganza told the age-old tale in such a glorious fashion, I actually cried with laughter throughout and had to rub cream into my chapped face as soon as I got home.

During the first half, the main reason for my tears was the hilarious antics of Smee (Ricky K) who started off as a baddie, but soon saw the error of his ways (I don’t want to give too much away).

In a quite muted (audience-wise) first half, it was Smee who provided all the fun. But for me, it was the second half when the panto really came alive and the main cause of my aforementioned chapped face was Darren Day as Captain Hook. He was an absolute scream.

The highlight of the second half was the amazing 3D underwater sequence. Donning the 3D specs given to us at the interval, what we witnessed beneath the waves was nothing short of stunning – and for quite a long time, too.

I wasn’t the only one ducking to avoid whatever underwater creature shot out of the screen; I could feel and see everyone doing the same. Amazing!

Of course, the Darling children have a rough time before they can find their way back to the safety of their bedroom – Captain Hook and his pirates - including Starkey (Brendan Sheerin) and Smee - kidnap the children, threatening to make them, Peter Pan and the Lost Boys (a cute group from the LWHS  School of Dance) all walk the plank.

What I love about panto is the audience never knows if “stunts” are all part of the act, or simply things gone wrong. For instance, in a really funny sequence of the main cast singing The Twelve Days of Christmas, Starkey’s five Yorkshire puds went flying into the audience.

And when Captain Hook gets whisked off into the air in a huge net, I thought I was going to burst with laughter – Darren Day sort of got himself all twisted, but trouper that he is, managed to carry on singing. I’ll laugh at that scene forever.

Love ‘em or hate ‘em, pantos are an integral part of winter theatre in Britain. You just have to see this one – oh, yes you do!