Christmas really did come early at the Manchester Opera House this year, with the triumphant arrival of The Birmingham Repertory Theatre Production of The Snowman.

It was a truly magical experience from start to finish. From the moment you take your seat, you’re transported to another world. Clever lighting effects act as snow falling onto the stage - so realistic, there’s a tangible chill around the theatre. As children, parents and big kids alike watch the stage, which looks masterfully like an enchanting snow globe, the whole theatre is transfixed even before the show has begun.

The production is - for me - everything a theatre show should be: true to the original, yet with enough creative license to have its own nuances (and with a dash of theatricality thrown in for good measure). And this show has all this in abundance. 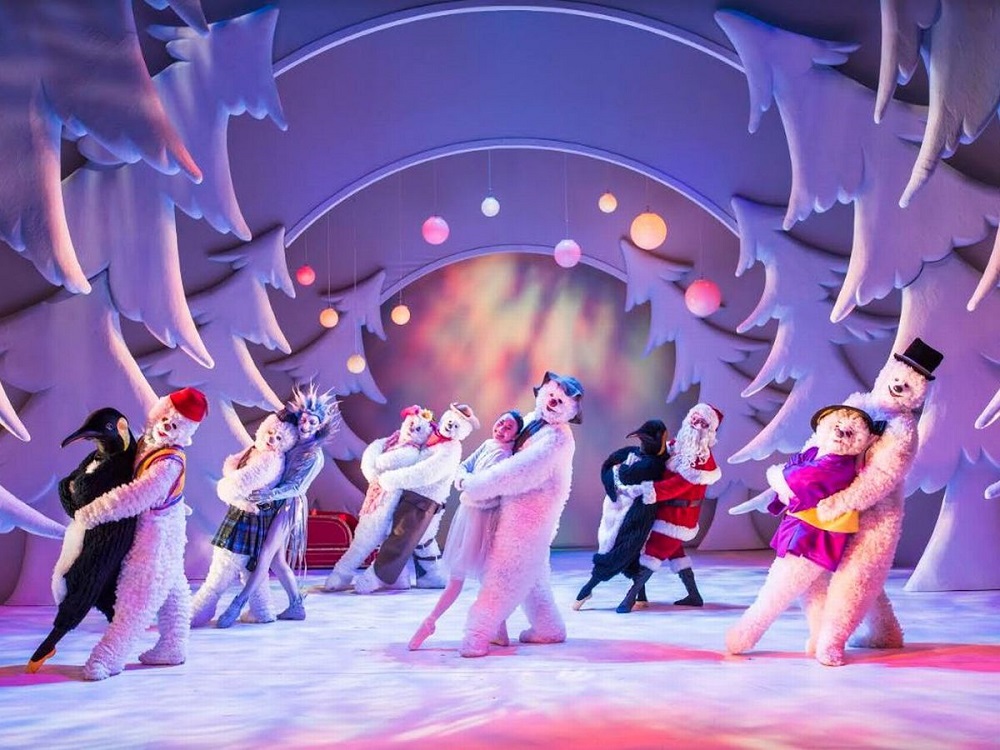 Much like the well-loved film based Raymond Briggs’ classic book, the theatre show is performed with no dialogue. Like the film, everything is interpreted through movement and brilliantly-timed orchestral accompaniments. Both the music and the timing throughout this 90-minute performance is genius, with the maestro well deserving the rapturous applause from the audience at the end of the show.

Also well deserving of the audience’s rapture is the cast, who wonderfully interpret and respond to the orchestra’s delivery of the music. It’s truly amazing to watch such accomplished dancers communicate so much with just with their bodies. Each and every member of the cast gives a fantastic performance, making every movement look like both a work of art and effortless at the same time, a true credit to the work of the show’s choreographer Robert North.

Unquestionably, the jewels in the crown of this production are the two leads - the enthusiastic Martin Fenton’s Snowman - and George Nearn Stuart, whose performance of The Boy was as full of energy as it was enjoyable to watch.

As good a pairing as Merlot and gruyere, the duo kept perfectly in sync and play off each other beautifully as the show progresses. There’s delightful moments throughout Act 1, including The Snowman’s interaction with the family’s rambunctious cat, and the breath-taking moment that The Boy’s toys come to life and dance their way across the stage. However, the moment the whole audience was waiting for - the synonymous flying sequence to Aled Jones’ spine-tingling Walking In The Air - was nothing short of pure magic, with the two leads making the audience feel like they’re right up there in the clouds with them.

It’s at this point the audience lands back to earth with a bump with the internal breaking the spell, but we’re all too soon transported in the land of magical snowmen before we know it.

It’s a hard act to follow, but the second half of the show didn’t disappoint. Children and parents alike are enthralled by the entrance of Santa, tickled pink by the introduction of multicultural snowmen (and women), and enraptured by the standout performance of the Ice Princess, danced to perfection by the enchanting, classically-trained ballerina Emanuela Atzeni. No show would be complete without a baddie to disrupt the equilibrium, and Ruben De Monte’s performance of the perilous Jack Frost (a welcome and engaging deviation from the original story) was danced to perfection, shining the light on De Monte as a pigeon amongst the protagonists.

It’s clear to see that this show allowed choreographer North and music supervisor Howard Blake to do what they do best, creating a visual and audible wonderland that audiences get lost in. You can really tell that the pair had fun with this show, taking the centuries-old partnership of music and dance to a new level.

To make an audience laugh without dialogue is a true testament to how well the pair worked to bring everything together in perfect theatrical harmony, and how perfectly the cast brought this show to life.

All in all, this performance was nothing short of magical - a true festive treat, perfect for the whole family.