Climate of Fear is a series of monologues discussing issues of and around climate change in our modern world. Originally conceived by Contact’s own Young Company this new version of the piece explores our changing environment, technology and attitudes towards the fate of our planet.

We follow the likes of a takeaway delivery driver, a ‘forest school’ teacher, someone who works in a lab that grows vegetables, a young woman with irreverent guilt over not recycling and other characters from a cross-section of society as they tell their stories and truths about grappling with our responsibility to change the world. At no point do the tales become ‘preachy’, which was a relief for the subject matter. 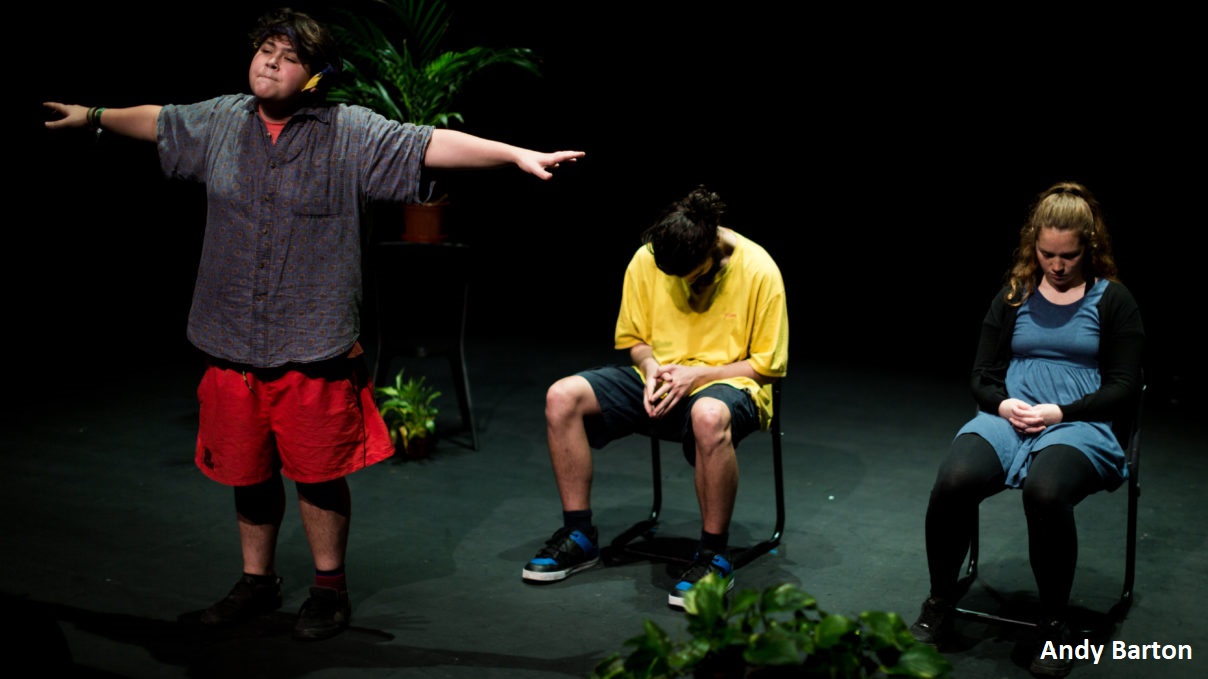 The stage is set with many houseplants and the only special effect comes from a smoke machine setting a good visual for the battle between clean and polluted living the piece explores.

There was some interesting visual projection work where other monologues and opinions were shone onto the bodies of the three performers, illustrating how different all of our feelings on climate change are and demonstrating the reach the topic has to strike debate outside of the room. The projections became the voices of all of us and made the space feel more informal and honest as we each identified with the stories.

The three performers were each strong in different ways. They brought musicality and rhythm to some quite sophisticated spoken word work, which was very impressive. Possible nerves meant there was a couple of missed or contradictory lines but it was forgivable for the amount of lines they had learnt and performed with such passion for the subject.

Climate of Fear ended with the trio each physically planting young plants onto their bodies, one in the crook of an arm, another in a bellybutton; metaphorically this play is planting the seeds of a cultural change in motion into all of us. Playing until Friday 6th October https://contactmcr.com/shows/climate-of-fear/