Every person in Britain has seen Shakespeare’s Twelfth Night in one form or another. The play has been recycled so many times that it would take something extremely unique to make one production stand out. The Royal Exchange’s production of the classic play is so bizarre that I still can’t decide whether I liked it or not.

The audience are taken to Illyria where Viola (Faith Omole) is washed ashore. Carried on stage by a group of musicians, it is here we first get a sense that this production of Twelfth Night will be rather musical. The introduction of a live band and songs is the biggest difference from any other performance I’ve seen of this text. That’s not to say it was performed poorly, I just feel that it didn’t add anything to the production.

It takes the audience a bit of time to warm up, but as soon as we’re half way through the first act everyone seems to be enjoying it. The drunken scene between Feste, Sir Andrew, Sir Toby and Maria is one of the oddest things I’ve seen on stage. 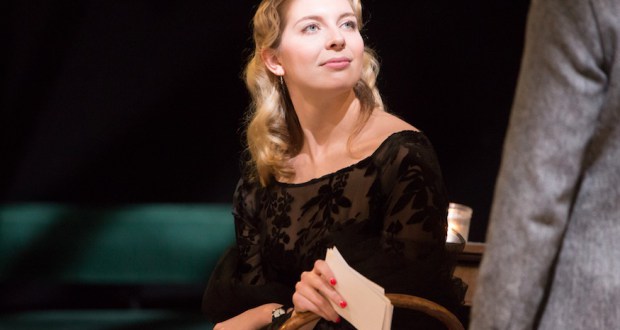 Twelfth Night is one of the lighter pieces of Shakespeare’s work and needs to be taken with a pinch of salt. There are plenty of gags in this production that leave the audience in stitches. However, I did feel that the introduction of props such as a shopping trolley and bicycle were cheap attempts at comedy. Yes, they were funny and made the audience laugh. But why do you need to add these physical elements to a script that is already comical? Shakespeare’s work is so good that is does not need to be tampered with to help the audience understand what’s going on.

Strong performances are given by all the cast. However, I was particularly impressed with Mina Anwar who played Maria. That role is not one of the first that springs to mind when I think of Twelfth Night, however she added an extra dimension to the character and made the most of the comic opportunities that were available to her.

The set is nice, however sometimes less is more. I liked the sand and how it doubled up to form a pathway. The wooden layered item was a nice to have, but not a necessary - I’d like to see how much the Royal Exchange spent on that.

While the audience seemed to enjoy Jo Davies’ take on Shakespeare’s Twelfth Night, I couldn’t help but feel that there was too much added to it that didn’t need to be there. If something isn’t broke, it doesn’t need fixing.