In The Heights - Empire Theatre, Liverpool

Liverpool Empire Youth Theatre present the Tony and Olivier Award-winning musical In The Heights! Following the success of last summer’s production of Fame, the incredibly talented cast of performers will bring to the stage Lin-Manuel Miranda’s hit Broadway production.

Miranda is probably best known for a small show called Hamilton currently running on Broadway and in the West End, however this is a gem of a show that shines as bright as any West End production from start to finish.

The show tells the universal story of a vibrant community in New York’s Washington Heights neighbourhood – a place where the coffee from the corner bodega is light and sweet, the windows are always open and the breeze carries the rhythm of three generations of music. It’s a community on the brink of change, full of hopes, dreams and pressures, where the biggest struggles can be deciding which traditions you take with you, and which ones you leave behind. 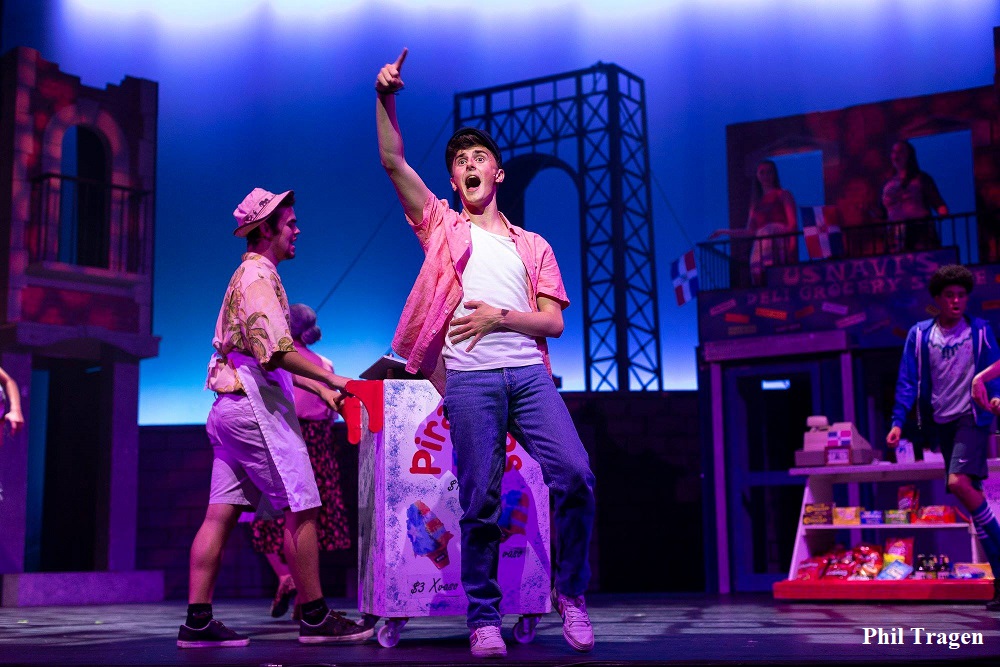 First of all I have to say what a cast! They talent assembled on that stage tonight was enough to fill two or three professional shows. Jamil Abbasi as Usnavi didn’t put a foot wrong all night in this most challenging of roles. He handled the varying musical styles skilfully. Likewise Will Callan as Benny put in a stunning performance. Kai Gr͘osscurth shone as the likeable Piragua whist trying to keep the residents of Washington Heights cool.

For me tonight three particular ladies stole the show, each one as talented as the last and if each one of them isn’t a professional leading lady in the years to come I want to know why!

Bethany Rose Lythgoe as Vanessa played the role wonderfully and her interactions with Abassi were believable and touching. Ellie Norton as Nina home from a failed first year at University was equally believable and her scenes with Benny (Callan) and her parents Kevin (Daniel Carter) and Camilla (Emily Louise Lockheart) were very well acted. And then there was Esme Bowdler as Daniela. Bowdler has some of the best lines in the whole show and she led the entire company confidently in the act 2 highlight “Carnival del Bario”. I cannot single one of these three out as better than the other with their vocals being consistently stunning throughout. 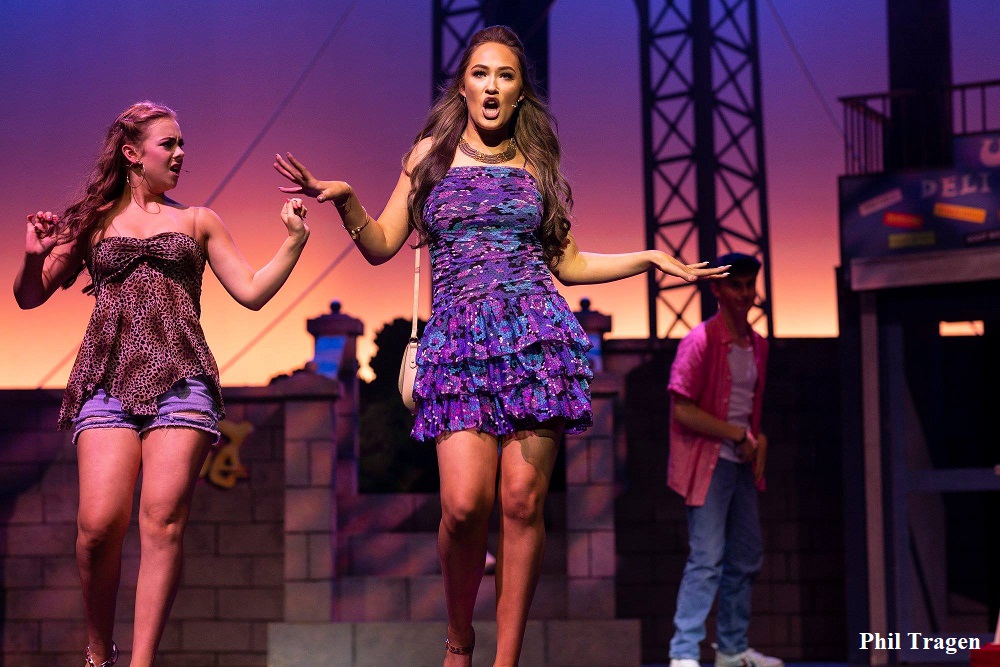 The remaining, sizable cast were used well by both director Natalie Flynn and choreographer Lauren Taylor resisting the temptation to flood the stage with bodies at every opportunity. It was not until the finale that I realised just how many people were in the company.

I must complement both the lighting and sound departments on a near faultless opening night. The one sound issue was dealt with swiftly and didn’t detract from the performance in the slightest. Lighting was good throughout as the scenes moved across John Buckley’s stunning set with the bridge silhouette at the back of the stage being one of the most striking images I have seen on the Empire stage in a long time.

Paul Lawton led a superb band of 9 who played this very tricky and catchy score to perfection.

When you see a show as good as this you start to look for the smallest of errors to pick up on. I am pleased to report I struggled to find many. The American accents slipped in places and I grew a little tired of the cast entrances through the auditorium after the third or fourth time. This should have been saved for “Alabanza” where the effect added to the emotions of the song.

Every ATG venue, in fact every major theatre should run a youth project such as this each summer. The amount of venues across the UK dark in August is criminal in itself. If only the power, enthusiasm and raw talent of tomorrow’s theatre stars could be harnessed across the country as they have done this week in Liverpool this business they call show will prosper for many years to come.

In The Heights continues for two more performances tomorrow at the Empire. Stop what you are doing, book a ticket and prepare to be amazed. https://www.atgtickets.com/shows/in-the-heights/liverpool-empire/