Virago is the Goddess of all strong women and in Virago Make It Write Productions presented a quartet of new plays from North West writers celebrating strong women.

First up was Tomb by Ian Gray. An edgy story of a solitary monk and a mysterious pilgrim directed by Leah Bush. Mike Sanders played Brother Francis, all alone in the world with no-one around except the children who harass and taunt him. Supplies are left on his doorstep but he sees no-one until Cait, played by Abigail McKenzie arrives, looking for sanctuary and peace from the secrets poisoning her life.

The use of sound in this performance was the key to the tension which built up. The haunting singing of children echoing around Francis’ shack created the sense of a deep dark secret concealed in this haunting home. Mike Sanders expertly jumped between extremes of love and hate, anger and fear and hope and desperation, playing wonderfully against Abigail McKenzie’s slow burn towards fury before her collapse into desolation.

The need for answers is overpowering and the only way to get them is to break the peace of the graveyard outside but Father Jerome, chillingly portrayed by Mark Holland, stands in the way. 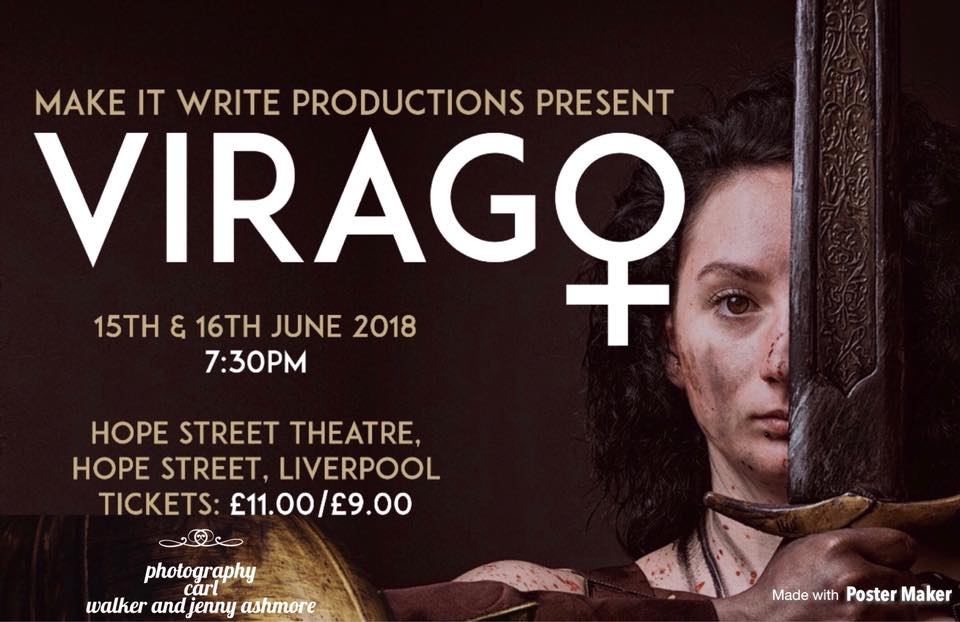 The hermit’s shack was replaced by a spaceship for the opening of David Haworth’s The Great Escape. This was a powerful interpretation of the role of story telling and imagination in the journey of cancer patients directed by Sam Buist and Paula Lee.

All of the senses were invoked in dialogue used to describe memories creating an empathetic for the audience. When the diagnoses of cancer came, the colour drained out of this world and so began the characters’ strive for normality in the world of the hospice. Charlotte Melville playing Emily tenderly explored the reaction of young adults to diagnosis. Allan Nicol’s portrayal as Reg was particularly heart rending while Hayley Thompson as Jen showed the desperate cling to hope in a hopeless world. But what exactly happens when hope runs out and you’re left floating in a sea of uncertainty?

The second half of the show began with Killing Children by Patrick Maguire. Bloody children’s handprints covered a set filled with teddy bears in this story which explored the consequences of infanticide for the perpetrator and those closest to them. Directed by Andy Kerr, this was another tale of striving for normality in an horrendous situation. Jackie played by Caitlin Mary Carley Clough, is lost as her son sits in prison after killing her grandchild. Obsessively drenching her hands in antibacterial gel, she pleads with the world to not hold her responsible for her son’s crimes, even though she herself does the same. Danny played by Jessica Olwyn offers a solution, but when that solution is more pain and violence, the complexities of morality are torn open in this multi layered story of loss, grief and guilt. Oliver John Lawrensen, playing Ben, is angry with the world, his mother and himself. The complex stories of the three characters are gradually unravelled in this tale of paranoia and isolation.

The evening ended with the tale of Kitty: Queen of the Washhouse by John Maguire. This immersive monologue was brilliantly performed by Sam Walton. Directed by Margaret Connell, the story of Kitty Wilkinson, Liverpool’s Saint of the Slums, is an animated portrayal set in the pool of life. Kitty’s tale of love and loss was full of ups and downs but the unending core positivity of the character shone through constantly.

A light box and shadow puppets, simple cloth props and an impressive wealth of accents smoothly turned on and off created a full, entertaining and thought provoking story of the role of women in the world and the way they are remembered in history.

This was the final performance of Virago but you can see the statue of Kitty Wilkinson whenever you like in St George’s Hall.

You can find out more about Make It Write Productions on their website www.makeitwrite.org.uk