Back when I were a lass and we had to stand up and cross the room to change the channel on’t telly, it weren’t Christmas without The Wizard of Oz appearing somewhere in the festive schedules.

Nowadays you can stream it or watch the video, any time of year – though you’ll still find it on the telly on Christmas Day (Channel 5, if you’re interested). Or why not get off the sofa and down to the Blackpool Opera House, where Selladoor Family is staging a version which captures more than a little of the movie’s magic.

This is the Royal Shakespeare Company's adaptation of the movie classic, which features a number of the songs from the film, including We’re Off To See The Wizard, Ding Dong The Witch Is Dead!, The Merry Old Land Of Oz and Over The Rainbow. It is extremely close to the original, even containing scenes deleted from the final cut and also the song Jitterbug, which didn’t make the much loved movie.

So purists will love this show – though they may baulk at the Wizard being female (a touch of the Doctor Whos maybe?) – but in truth it’s the younger members of the audience who make it such a unique experience. They’re here to see Holly Tandy, X Factor quarter finalist, who takes on the role of Dorothy. There’s no way she can compete with Judy Garland, of course but she delivers her lines well and performed her songs, both solo and ensemble, with assurance. 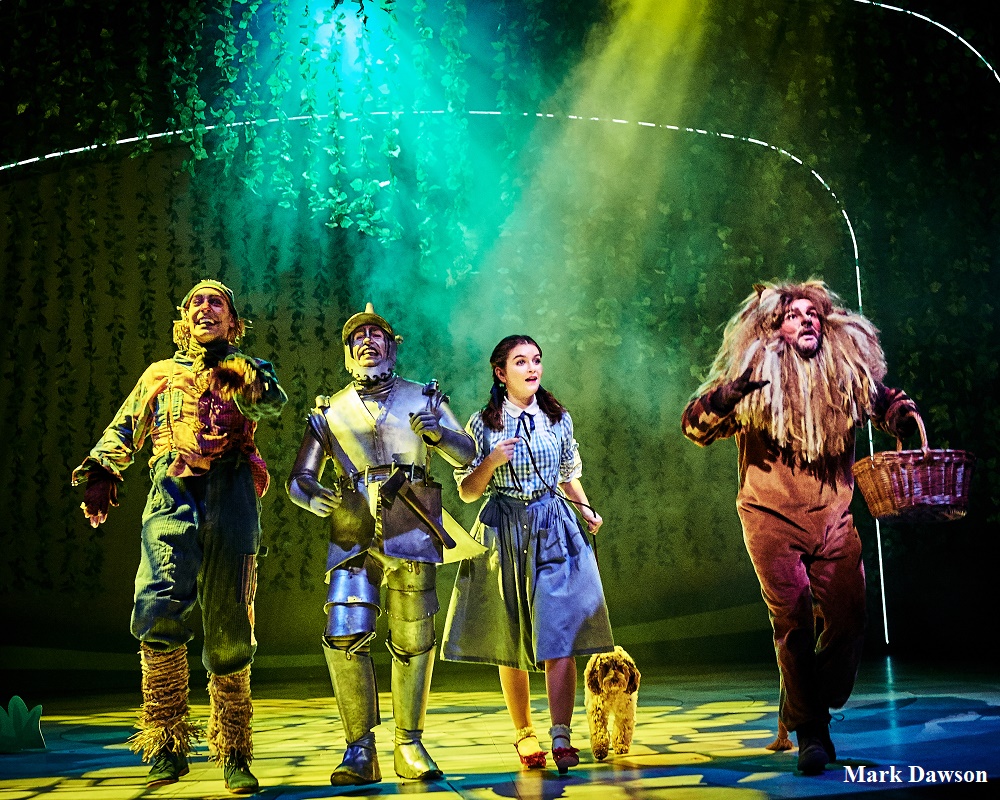 Sarah Tullamore is a wonderfully odious Wicked Witch, earning boos from the children in the audience which must have warmed her cold, cold heart! The youngsters really seemed to engage with the story, and although there was always a vague whispering going on in the background, as well as the odd baby crying it wasn’t enough to spoil the ambience.

Special mention must be given to the children who performed so well as the Munchkins – and to the beautifully behaved Toto, who garnered oohs and aahs every time he was on stage, while the six members of the ensemble worked their socks off, coming into their own as the Crows and the Trees.

The staging was deceptively simple but hugely effective, with an attention to detail that really captured the feel of the original, and the live musicians certainly added to the enjoyment. As the final curtain fell, the theatre rang with applause and cheers – a sure sign that this slice of Christmas theatre has really hit its mark.

The Wizard of Oz is at Blackpool Opera House until Sunday, December 30th. For tickets and more information visit https://www.wintergardensblackpool.co.uk/whats-on/wizard-of-oz