First disappointment of the evening is that one of the stars of the show is unable to perform due to an unfortunate injury and has been advised by doctors not to dance for the time being. When this is Vincent Simone, male lead and dance partner of Flavia Cacace then there are very definite challenges ahead for a substitute dancer to don those dancing shoes and take his place. Such was the difficulty of finding a replacement that two have been appointed to cover,

Italian Pasquale La Rocca and Argentinian Leonel Di Cocco. Now whilst there is never any doubt that they have been thrown in at the deep end and both put in amazing and admirable performances whether contemporary or Tango, the magic was missing, that magic and chemistry that takes years to perfect, that sparkle belonging to Vincent and Simone. Having seen previous shows I was really looking forward to this evening's performance but sadly I did not fully enjoy this latest in the 'Tango' offerings. 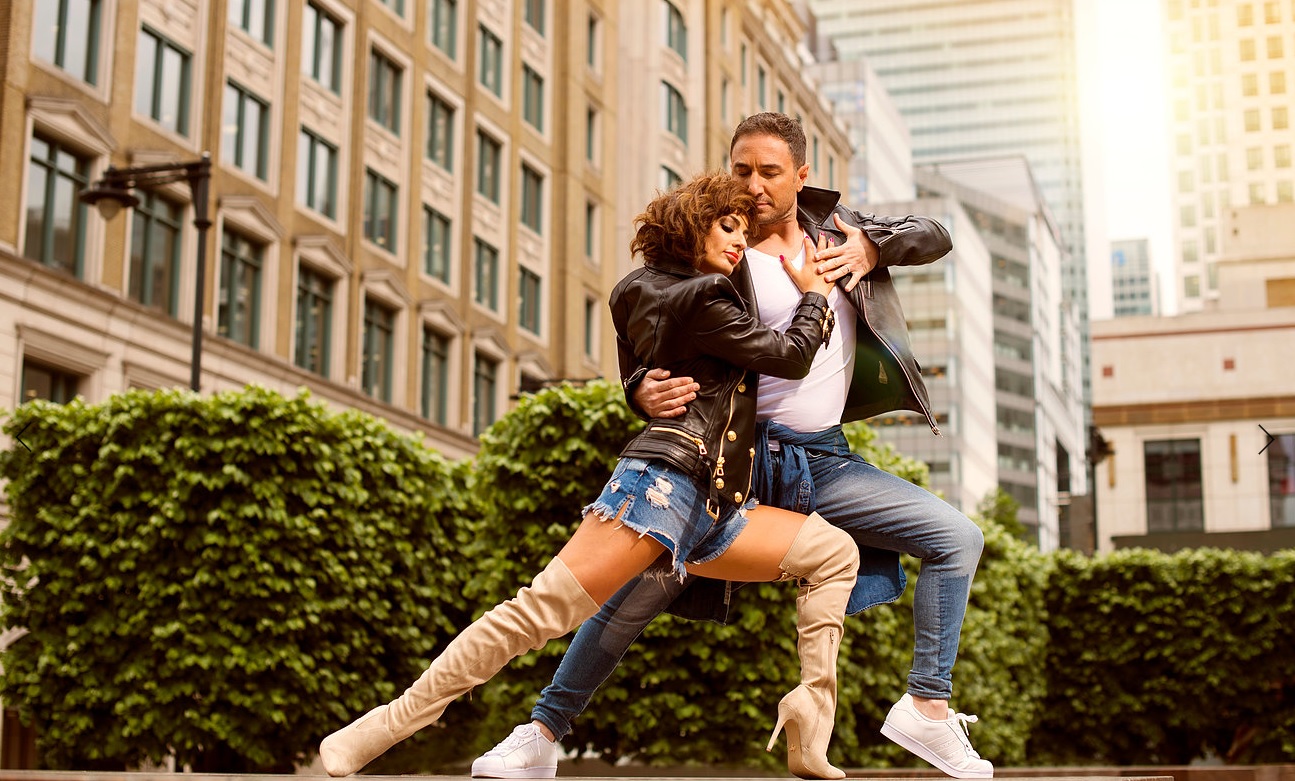 Second disappointment, there were no programmes available so hampered by this I do not have names other than the three main characters as mentioned above. Having no background to the show it was initially difficult to get into what the dance story was all about, even with narration in rhyme ably given by a young male who also sang impressively and played guitar to a variety of songs ranging from Bruno Mars 'The Lazy Song' to Percy Sledge 'When a Man Loves a Woman'. We were also treated to the vocal talents of one of the female dancers who gave a fabulous rendition of 'First Time Ever I Saw Your Face' which Flavia and Pasquale danced to and was truly moving.

I eventually got the general gist of the theme and after asking around I was not alone in being slow on the uptake! It is basically a tale of life in the modern world be it social media, dating sites, competing with the neighbours, (great use of props here) the dreaded mobile phone that appears to be a permanent fixture to some peoples ears who become blind to what is around them.....blah blah blah Cha Cha Cha! ....finding love in a fast paced modern world is not easy, at least that's what I think it is about!

Flavia and who ever partnered her became 'matchmakers' to the other couples in the show who all displayed exceptional choreographed moves. Whilst the dancing was great I was not inspired by many of the costumes worn by the company, or the set, it all appeared rather drab. Fortunately, there was bright and colourful lighting enhancing the stage.

A highlight of the evening was the fantastic violin playing by Oliver Lewis (so good was he, I just had to research him). Wow he can sure play that fiddle at speed as demonstrated with 'The Flight of The Bumble Bee' and fully deserving of the rapturous applause. At this point I would also like to applaud the band, they were fabulous and sound levels were perfect.

Rounding off the show was the long-awaited Argentinian Tango with Flavia being partnered by fittingly, Argentinian, Leonel this time. This dance alone brought people to their feet with an ovation.

Tango Moderno gives a good mix of dance with contemporary, modern, ballroom and Latin over two 45-minute sets but there is definitely some excitement lacking. Vincent, we wish you a speedy recovery, your show needs you, even with your fabulous stand-ins your presence is missed.