The Best In Stand Up - Comedy Store, Manchester

Well after attending many theatre productions in my lifetime, and loving the theatre I really wasn’t sure how I would feel about reviewing the Comedy Store production. The closest it came to the theatre I love was that it was performed on a stage and was flood lit but other than that the experience couldn’t have been further away from a theatre experience if it tried to be. I am not saying the experience was bad but it was certainly different.

The Comedy Store dominates the trendy Manchester Deansgate Locks and clearly is a popular venue for all ages and types on a Friday night. Comedy evenings offer a host of packages from stage show only, with bar/informal dining or with a two course a la Carte dining experience. I have to say the staff at the venue where absolutely spectacular, from the box office to the restaurant, to the bar and security staff, all were attentive polite and their customer service was first class (with the exception of being charged double for drinks in the restaurant, although this was very quickly rectified when the error was pointed out).

The food in the Helter Skelter Bar was well presented and exceptional value for money as well as incredibly tasty. I would definitely recommend adding the dining to the experience as for me this was by far the best part of the evening.

The show comprised of two halves, the first half staging three stand up comedians and the second half with two performers, finishing with the evenings head liner act Andy Askew. 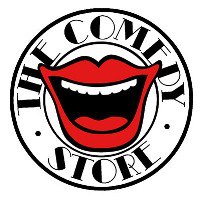 The auditorium was spacious and well organised and the whole venue was fantastic. Sadly the audience unlike theatre goers spent most of the evening leaving for drinks, toilet trips and talking loudly over the acts. The evening got rowdier and rowdier as the alcohol flowed. I don’t mind a bit of audience participation but the constant hecklers got a bit tedious to listen to. The stand-up performers were great at attending to the hecklers but it did get tiresome.

Jimmy McGee the highly regarded 35 year old warm up comedian from London who held the show together, was slick and entertaining in his impromptu delivery of very funny come backs to the loud audience members and was hilarious in his story telling of everyday life experiences.

Steve Shanyski charmingly opening the evening with his very funny story telling of married life. Followed by the audition slot were Lee Pearce had his 10 minute opportunity to stage his talents. The third act of the first part was the very popular well known Justine Moorhouse who didn’t fail to have the audience eating out of his hand and howling with laughter at his polished routine of stand-up quick thinking comedy. The second half showcased Josh Howie who I found very difficult to listen to as his humour was not to my taste at all. The evening then closed with the headliner of the line, Andy Askin who again was very entertaining and unique in his delivery of stand-up comedy whilst guitar wielding with his wickedly dry sense of humour.

Overall the evening gave rise to a mix of experiences some great, some ok, but some damn right annoying…. The over intoxicated and badly behaved audience.

All in all the Comedy Store packages are well worth the money and the evening definitely holds plenty of opportunities for a belly laughing experience.