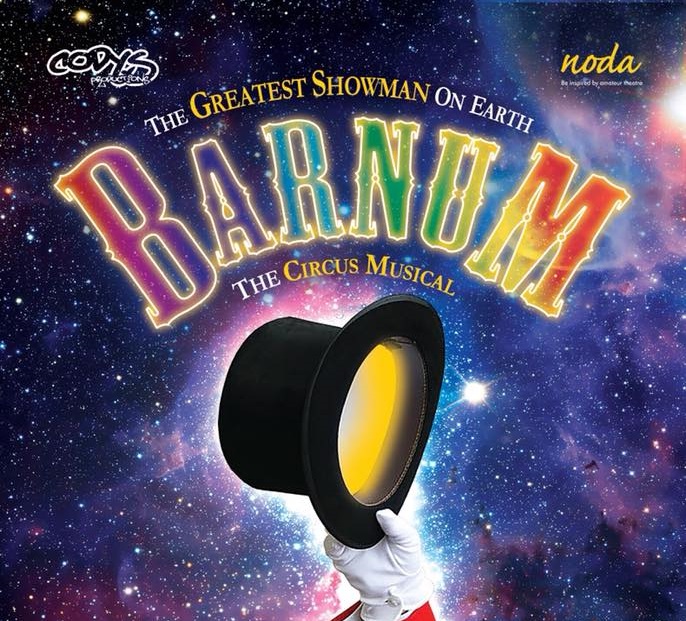 Barnum the Musical has had a recent revival, mainly due the huge success of the modern day make-over film, “The Greatest Showman”. CODYS Productions have produced a sensational production of the musical this week, and it is great to see this gem of a show brought back to the stage.

Telling the real story of PT Barnum’s extraordinary life prior to joining the circus, the musical gives everyone the foundation for great performances. The show is visually stunning, the wonderfully colourful set looks great with the wide variety of colourful costumes, and imaginative lighting. Congratulations to the production team, led by Nick Cupit for setting the scene beautifully for the audience.

Nick’s direction was simple but effective, and it’s great to see so many of the large cast used for the smaller roles, and we saw some great little cameos. Scene changes were also handled well, and there were no lengthy gaps between scenes, as scenery changes took places subtly whilst the action continued.

Heading the fabulous cast is Clayton Roberts, who eschews the razzmatazz showman approach favoured by Michael Crawford originally and, instead, focuses on the humbugging that epitomised Barnum’s life prior to the circus. Clayton is charming from the off, but over the course of the production, he provides a layered and thoughtful performance full of joy, light, insight, charm, and tireless manic energy. If I had one criticism, it would be with Clayton’s diction. I liked the frantic pace of some of his humbugging dialogue, but poor diction in places meant that some of the story telling was a little lost. However, he was a joy to watch at all times, sang well, walked the tightrope with aplomb and juggled, literally, all the balls that Barnum has to keep in the air for the part to work. 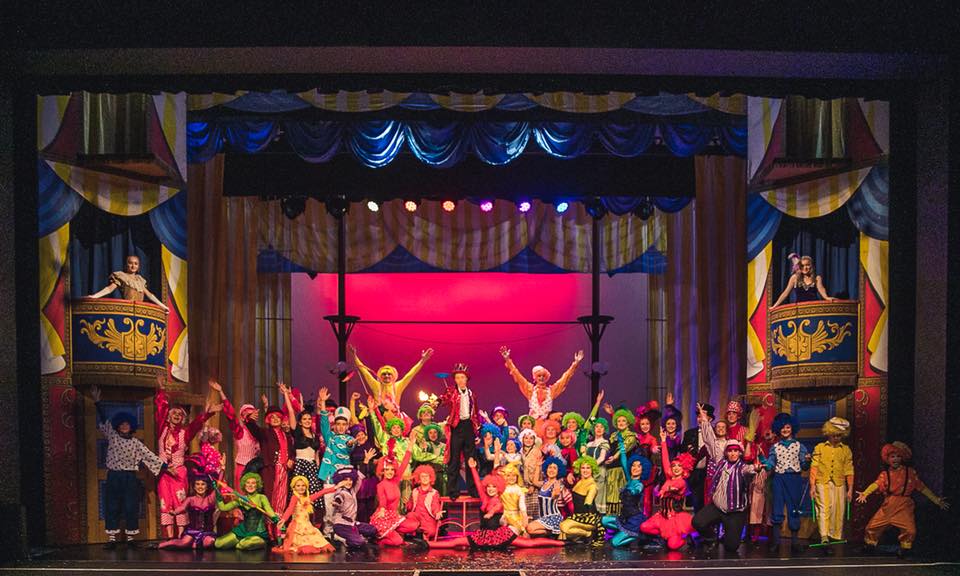 He is more than helped by a pitch-perfect turn from the wonderful Sophia Thomson, whose Charity Barnum is resolute, fun, determined, whimsical and utterly, completely delightful. She handles One Brick At A Time with consummate ease and the gorgeous Colours of My Life has never sounded better than it does here. Together, Clayton and Sophia provide as realistic a portrait of this couple as could be imagined.

Another super performance came from Erin Smith as Jenny Lind – not only does she sing well, but she has a deft hand for comic timing too. It is quite easy to see why Barnum thinks about leaving his perfect wife for this magnificent Swedish Nightingale.

In the supporting roles, Isaac Hartill is an endearing and energetic Tom Thumb, Joe Campbell and Sophie Powell vocally strong as the Blues Singers, and Mollie Neal showed brilliant character with Joyce Heth. There was also wonderful work from the ensemble generally, especially with all the varied circus skills on show throughout the production. Each and every member of the cast appeared to have learnt something new for this production, and busy stage of young circus performers was a joy to behold.

The brilliant musical score receives excellent care under the musical direction of Simon Pickup, whose excellent orchestra at the back of the stage whipped the score along at a great pace, whilst being truly sympathetic in the more tender musical numbers. In addition, the ensemble were always on point, and there were many vocal delights. One point of praise here music go to the Sound team, as I have not heard a better balance between orchestra and stage as I did tonight. Well done! There was excellent choreography from Natasha Bill, and the routines in One Brick at a Time, Come Follow The Band and Join the Circus are especially marvellous. Not an easy task with such a large cast, and limited stage space at times. Routines were handled well by all, and each and every performer had broad grin on their faces throughout the whole show. The audience reaction at the end told you everything you needed to know!

Congratulations to everyone involved with the production. The audience reaction at the end told you everything you needed to know about this production. CODYS Productions has produced yet another hit show, visually stunning, and full of energy, commitment and wonderful talent. It was a pleasure to watch the show, and I’d like to wish the company the best of luck in its future productions.