The Next Step Wild Rhythm Tour - The Lowry, Salford

Today I walked into a world I had no idea existed yet had landed with a bang at the Lowry Theatre in Salford. The world of CBBC, today the cast of two immensely popular shows met on stage for an afternoon of entertainment through dance and song and had the audience whipped into a frenzy as the cast of the two current CBBC shows met and interacted with their young fans.

Lost and Found Music Studios is a relatively new yet popular daytime CBBC Channel show that shows members of a unique elite music programme all hoping to turn their passion into a profession and find their place in the world, and The Next Step is on its fourth season and is an equally popular CBBC TV show that is a reality-style drama following the lives of a group of dancers.

These two American based shows obviously have a huge UK following and a massive fan population as the auditorium was jammed full with primary school aged children who went crazy every time a member of the cast came on to the stage.

In this review sadly I am unable to comment on the directing or production team as the venue didn’t provide any cast list or production team details, even the programme sellers denied me a photograph of the cast list, so apologies for not being able to name the team behind this great showcase.

A criticism’s regarding this production tour was the massively overpriced merchandise that was on sale today. I have to say though, that the stall of show merchandise had the longest queues I have ever seen at a merchandise stall in my 40 years of attending theatre. The programme alone was charged at £15 and in anyone’s books I’m sure but especially in my opinion this is exploitation of the young fan base. 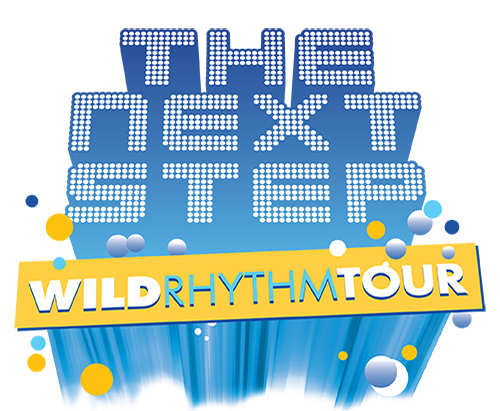 The show started 15 minutes late with no explanation as to why. Prior to and during this wait the audience was subjected to large screen clips of the CBBC’s shows and constant plugs for the sale of tickets to their next UK tour as well as the merchandise that was for sale either at the show or online. I suppose this was just in case the parents of the children who had dogged the requests at the merchandise stall then couldn’t escape the onscreen advertisement once seated.

The show finally opened with dramatically loud music and dazzling lighting as the eight dancers burst onto the stage: Victoria Baldesarra (Michelle); Trevor Tordjman (James); Jordan Clark (Giselle); Taveeta Szymanowicz (Thalia); Isaac Lupien (Eldon); Myles Erlick (Noah); Briar Nolet (Rochelle) and newcomer Isaiah Peck who will star as Henry in season four of the CBBC The Next Step show. The young audience literally screamed their way through the whole opening dance setting the bar for the rest of the show’s ear piercing squealing and screaming at every opportunity, often encouraged further by the cast. On screen words like ‘Scream’ being projected and the host Deshaun (Jude from lost and found music studios) requesting the audience ‘makes some noise’ overly encouraged hysteria and ear splitting screams far too often for my liking.

Live singing from singer/songwriter Shane Harte (Luke) and Sarah Carmosino (Rachel) cast members from lost and found music studio, gave the show a little more depth with the feel of being at music event rather than a meet and great at CBBC.

Solo dances and singing duets accompanied by full cast dancing, as well as ‘dance offs’ between tap dancing members and a boys versus girls scene was truly entertaining despite being the stereotypical cheesy American delivery. The cast are obviously extremely talented dancer who have the most amazing abilities to interpret and be the music through dance movement yet did seem to act rather than perform.

Following the 20 minute interval there was an opportunity for the young fans to have a question and answers session with all cast members, which the audience who were fans absolutely loved it, however, as for the non-fans (like me) this was long, tedious and awkward.

In between dances and songs each member of the cast had a video shown of them being interviewed pre show where they were invited to give a greater insight to them as a person rather than their TV character. This was a lovely piece of inspirational messages being sent to the young fans with the constant message of ‘believe in yourself’ and ‘never give up’ as well as ‘always give 100%’. However despite this being great the projections were often ended abruptly as each clip was finished and the transition to the next entertainment piece was often long and unnecessary. The show therefore felt like it was made up of clips of entertainment rather than a show that had been well produced and flowed well.

The high energy finale had the audience excitedly doing dance routines and once again going wild as each member waved or blew a kiss into the audience.

Clearly these CBBC shows have a loyal fan following who will love this show no matter how it’s delivered but for non-fans this is one to be avoided, as although the cast was spectacularly talented in dance and song the show relied more on chat and interaction with the audience in the fifty minute two parts than it had choreographed scenes. Although in summary it was a great showcase and I believe each adoring fan at today’s show would have had a spectacular time as the cast played the audience well and had them swooning with every second on stage.

The Next Step cast has another UK tour planned for later this year and will back in Manchester at the Apollo on the 22nd October.