I have to confess, since the first time I watched the film, I have been a fan of this heartwarming story and was looking forward to seeing it translated onto the stage. It beings with the threat of World War Two looming and the mass evacuation of children from cities to the countryside.

William Beech is one of these children. Neglected, malnourished to the point of being unable to digest proper food and covered in injuries from severe beatings. He is taken to Dorset and placed with the reclusive and reluctant eponymous hero Tom Oakley. A widower of 41 years, he has never got over the loss of his wife Rachel and closed himself off with the grief.

The story follows the relationship of these two well structures, developed characters as they grow together. Throw a faithful companion, Sammy the dog onto this mix and a gregarious fellow refugee Zach and you have moving, funny, shocking and heartbreaking tale.

At its heart, Goodnight Mr Tom is about two lost people, searching for their place in the world and finding it together. It’s the story of an important time in our history but with relationships that are instantly relatable. 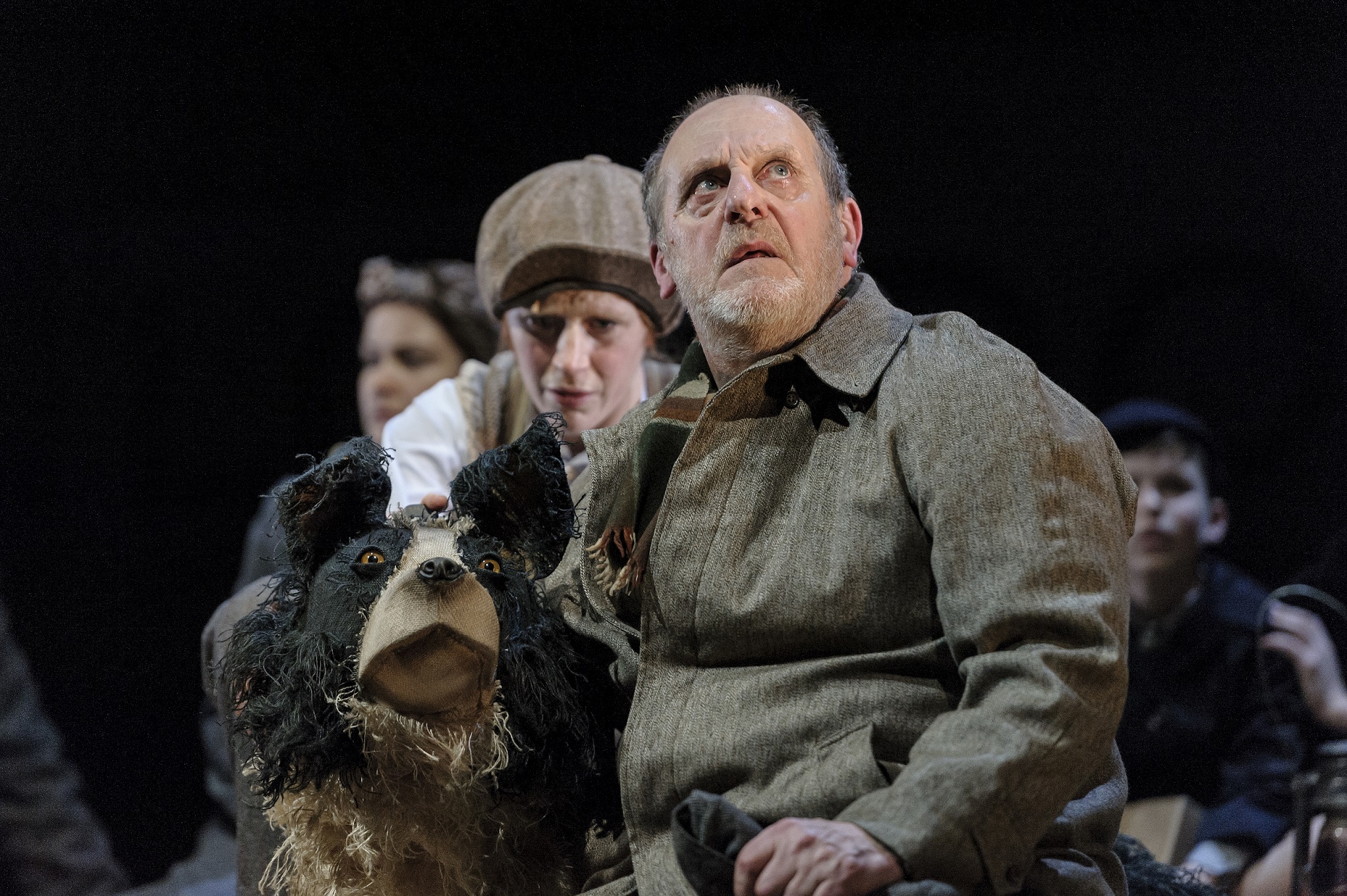 The cast involved in telling this tale certainly rose to the job, many playing multiple roles seamlessly. The use of puppetry was beautifully woven into the bleak wartime scenery, particularly Sammy The Dog played brilliantly by puppeteer Elisa De Grey. The way she interacted Sammy with the other characters meant the focus was always on the puppet, not an easy task but one that truly enhanced the piece.

Zach, played perfectly by Oliver Loades, added much of the light relief. He exuded energy and likability to a character that is precocious and dramatic. There was a great chemistry between Loades Zach and William, played by Alex Taylor-McDowall. William is a complex character, showing a great range of emotions throughout this piece, fear, joy, sadness, loneliness. It is remarkable that someone so young, Taylor-McDowall is only 11, could portray such diversity so convincingly.

For me, Mr Tom will always be John Thaw however David Troughton did an excellent job providing a softer, instantly lovable, charismatic Mr Tom and again, the chemistry between the characters made the piece.

It wasn't without fault however. The sound was shaky at times and the microphone volumes needed increasing with, particularly the children at times being lost. I think if I was sat further back it may have decreased my enjoyment.

Overall, it has left me feeling warm and fuzzy and slightly emotional. If you enjoyed Blood Brothers I think you will like this piece.