FOUR GUYS. FOUR STORIES. ONE UNFORGETTABLE MUSICAL. OH, WHAT A NIGHT YOU ARE IN FOR!

It is becoming a popular trend - movies being turned into musicals or adapted from books. From Les Misérables to Bend It Like Beckham, I am always intrigued as to what movie or book will next hit our theatres.

However Jersey Boys does something totally different: it has been created from a real life story. The story of four ordinary men who became an extraordinary pop group. Although the songs of Frankie Valli and The Four Seasons have provided a soundtrack to an entire generation, their offstage lives had never really been told before. Until now.

Put together by film writer Marshall Brickman along with theatrical advertising executive and writer Rick Elice, two long-time friends who stumbled into the show almost by accident, along with the person who then held the rights to The Four Seasons catalogue (but is no longer connected to what became Jersey Boys) mooted the idea of turning it into a theatrical show to Rick, and the rest, as they say, is history.

Four ordinary guys - Frankie Valli (Matt Corner), Bob Gaudio (Sam Ferriday), Nick Massi (Lewis Griffiths) and Tommy DeVito (Stephen Webb), from the wrong side of the tracks (and quite often the wrong side of the Law!), come together to fulfil their dreams of being successful musicians, and after various band name changes finally they become “The Four Seasons” (later becoming, of course, “Frankie Valli and The Four Seasons”).

The stories of how the group came together including the highs and lows it took to make it big, had never previously been told in such depth. There were no official (or unofficial) biographies, and although the original cast members each have their own perspective on how the band came to be a chart topping success, as someone who knew nothing about The Four Seasons prior to seeing the show, it is interesting and in places tear jerking, to see how a band with so many hit songs - many I actually recognised not even knowing where the songs originated from, came to be the well loved band they still are today, several decades after they first formed.

Jersey Boys is a jukebox/documentary style musical, cleverly told in four parts (Spring/Summer/Autumn/Winter - very cleverly and appropriate “The Four Seasons”) each part by a different band member, the story shows the highs and lows of how the group came to be the household name that they still are today, each member of the group gives his own perspective on the groups history and music. The title Jersey Boys refers to the fact that the members of The Four Seasons are from New Jersey.

Having seen the show in the West End (whilst playing at The Prince Edward Theatre), due to straining my neck in the front row of the stalls, I originally did not warm to the show. I went along to Sheffield with an open mind, and the first thought was how much the stage set complemented and mirrored the West End production. The lead role (Matt Corner) was fantastic as Frankie Valli, his fellow band mates equally as mesmerising. No character particularly outshone the rest, however with such a talented cast this was understandable!

With slick choreography (Sergio Trujillo) with equally slick costumes (Jess Goldstein) and well known, well loved tunes such as DECEMBER ’63 (OH WHAT A NIGHT), MY BOYFRIEND’S BACK, WALK LIKE A MAN and SHERRY, the audience found it hard to resist dancing along and it almost felt like I had been transported back to the ‘60s to a live concert - the audience went wild for the big ballads and there was not an empty seat in the theatre. It’s easy to see why Jersey Boys continues to be a huge success amongst theatregoers both old and young.

Having originally opened on Broadway in 2005, the show is still a huge success in the West End (having transferred to the Piccadilly Theatre from the Prince Edward), has had two North American tours, playing in Las Vegas, Chicago, Toronto, Melbourne and other Australian cities, Singapore, South Africa, The Netherlands and elsewhere. Jersey Boys won four 2006 Tony Awards including Best Musical, and the 2009 Laurence Olivier Award for Best New Musical.

It was no surprise that the finale achieved a full standing ovation and ear ringing applause plus a few tears from some audience members, many of which will have remembered the group from their heyday. Jersey Boys plays at Sheffield’s Lyceum until Saturday 17th October, however, if last night’s performance is anything to go by, I advise dropping everything this instance and booking now to avoid disappointment. Ten years after its Broadway premier, Jersey Boys still continues to be a popular choice for theatre goers both young and old. Although I wouldn’t rank it in my top ten musicals, I still think that this is one show you must see once to be part of the phenomenal history and music that is Jersey Boys.

Following its run in Sheffield, the tour takes a ten day rest (no doubt for much needed vocal rest for such demanding roles), its next stop is Manchester Opera House from 27th October - 7th November with its final leg of the tour being in February 2016 playing at Wolverhampton Grand Theatre.

Tickets for Sheffield can be booked via the Box Office on 01142 49600. Further information regarding the tour and production can be found on http://www.jerseyboysuktour.com 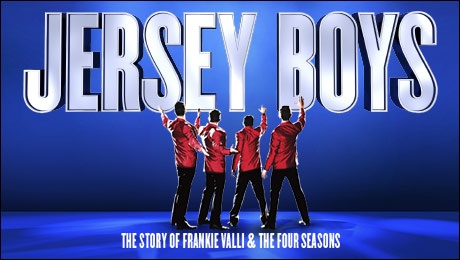