Brookside legends John McArdle and Eithne Browne will star in Maggie May looking at how people and their families live with dementia.

This new play by Frances Poet focuses on an ordinary Leeds family learning to cope with a life-changing diagnosis for one of them. Leeds Playhouse has a long history offering work that looks at the experiences of the estimated 850,000 people living with dementia in the UK and their families.

Maggie is played by Browne, who was a stalwart of the Royal Court Theatre in her native Liverpool, but is best known for her five-year, 65-episode stint in Classic Merseyside soap Brookside playing Chrissy Rogers. She will be joined on stage by John McArdle playing her husband Gordon who, as Billy Corkhill, moved his family into the Close in 1985 leaving 83 tumultuous episodes later.

Both actors have enjoyed long careers, both on stage and on the small screen, including recent runs on local soap Emmerdale as Irene Stocks, a midwife at Hotten General, and Ronnie Hale, long-lost love of Lawrence White.

Maggie May is directed by Jemima Lavick who will use humour and music to tell a story that ultimately is really about love in all its many guises.

“From the moment I first heard about the project, its roots and its ambitions, I could sense that it was important, in the way it was stretching the boundaries of what and who theatre is for,” says Jemima. “Then, when I read it and felt the love and hopefulness pouring off the page for these characters and this family, I was hooked.

Frances Poet has spent the last three years gathering stories from people who have been involved in different dementia project at the Playhouse to make sure Maggie’s story is authentic.

“It’s always exciting to see your writing in front of an audience, but Maggie May feels particularly special since it was written with such a strong audience focus,” notes Poet. “At every stage of development, from its very conception, this play has been designed to welcome the broadest possible audience to share Maggie’s story,”

“Perhaps because she was inspired by the extraordinary people living with dementia I met through the Playhouse, the irrepressible and hilarious Maggie feels less like a character and more like a friend, showing us all what’s possible. I can’t wait to sit amongst people living with dementia, their supporters and anybody who loves theatre about real people so we can laugh and cry together as Maggie finds a way to live well with her diagnosis.”

All performances of Maggie May will be dementia-friendly, with additional staff, detailed pre-show information and a quiet space. Each venue will also host a free interactive installation – The Listening Booth – designed to amplify the experiences of people living with dementia.

Maggie May is set to premiere at Queen’s Theatre Hornchurch from 14th – 28th March before heading to Leeds Playhouse (31st March – 18th April) and Curve, Leicester (28th April – 2nd May). 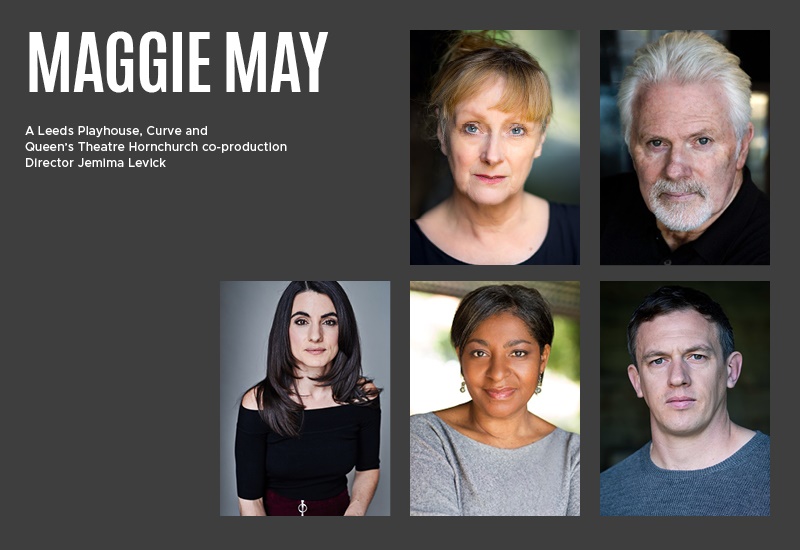