The Walt Disney Company UK and Ireland has today announced the principal company for the UK and Ireland tour of the landmark musical THE LION KING which will open in Bristol in September 2019 before moving on to Edinburgh in December 2019. Further cities will be announced in due course.

The tour coincides with THE LION KING celebrating 20 years at London’s Lyceum Theatre. Since the UK premiere in London on Tuesday 19th October 1999, THE LION KING has entertained over 15 million theatregoers and remains the West End’s best-selling stage production and the sixth longest-running West End musical of all time. THE LION KING is produced by Disney Theatrical Productions, under the direction of Thomas Schumacher. 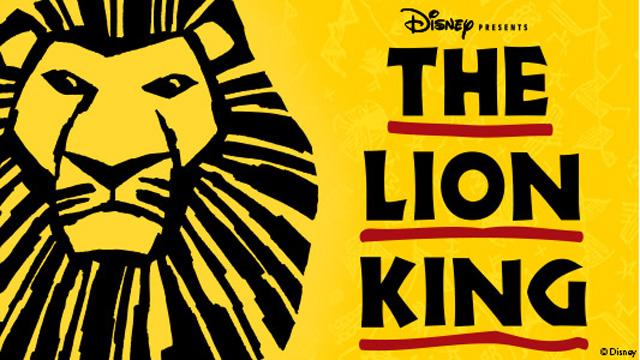 American actor Dashaun Young will play the role of Simba which he first performed in 2007 on the North American tour, and subsequently performed in THE LION KING on Broadway, West End, Vegas and South Korea. He has also performed in Broadway productions of Motown The Musical and Beautiful The Carole King Musical.

Josslynn Hlenti will play Nala. Born in Durban, South Africa, she has performed in productions of THE LION KING in Hamburg and on the Australian and International tours, and has had roles in South African productions of Annie, FrontLines and King Kong (for which she was nominated for Fleur du Cap theatre award).

Thandazile Soni will play Rafiki. Born in KwaZulu-Natal, South Africa, she grew up in Umlazi. She has performed the iconic role in the Broadway and West End productions of THE LION KING as well as the North American tour, and is currently performing the role in the Netherlands.

Steve Beirnaert was born in Belgium. He will play the role of Timon which he has previously performed in the Netherlands production of THE LION KING, and for which he was nominated for Best Supporting Actor in the Dutch AD Musical Awards 2017. Steve has performed in a number of other musical productions across Europe, with roles that include Emcee in Cabaret, Robertson Ay in Mary Poppins, Rooster Hannigan in Annie, Lefou in Disney’s Beauty and the Beast, The Mad Hatter in Alice in Wonderland and Akela in Jungle Book. Steve is also a writer for television.

Alan McHale will play Ed. Born in County Mayo, Ireland, he trained at Mountview Academy of Theatre Arts and has performed across the world in productions including The Clockmaker’s Daughter (The Landor Theatre), Lohengrin (Royal Opera House), Best Of Irish Rock (Holland Tour), Macbeth (Shakespeare 4 Kidz), Rebel Song (The Other Palace) and Snow White (Dubai).

British actor Rebecca Omogbehin will play Shenzi. She trained at Mountview Academy of Theatre Arts and has performed in theatre production such as Julie and Network (National Theatre), The Scar Test (Soho Theatre), Crowning Glory (Theatre Royal Stratford East) and House and Amongst The Reeds (Clean Break).

Carl Sanderson will play Pumbaa. Born and raised in Yorkshire, he trained at Mountview Academy of Theatre Arts. He has worked extensively in theatre including the West End productions Stephen Ward (Aldwych Theatre), Cats (New London Theatre and National tour), Acorn Antiques: The Musical! (Haymarket Theatre and National tour), The Phantom of the Opera (West End and National tour), The Mikado (Savoy Theatre), Starlight Express (Apollo Victoria), Guys and Dolls, The Pajama Game and The Music Man (Chichester Festival Theatre) and A Midsummer Night’s Dream, Crazy for You and Hello Dolly! (Regents Park Open Air Theatre). Carl’s screen work includes The Victoria Wood Christmas Special and Acorn Antiques The Musical!, That Day We Sang and The Dresser (all for the BBC). 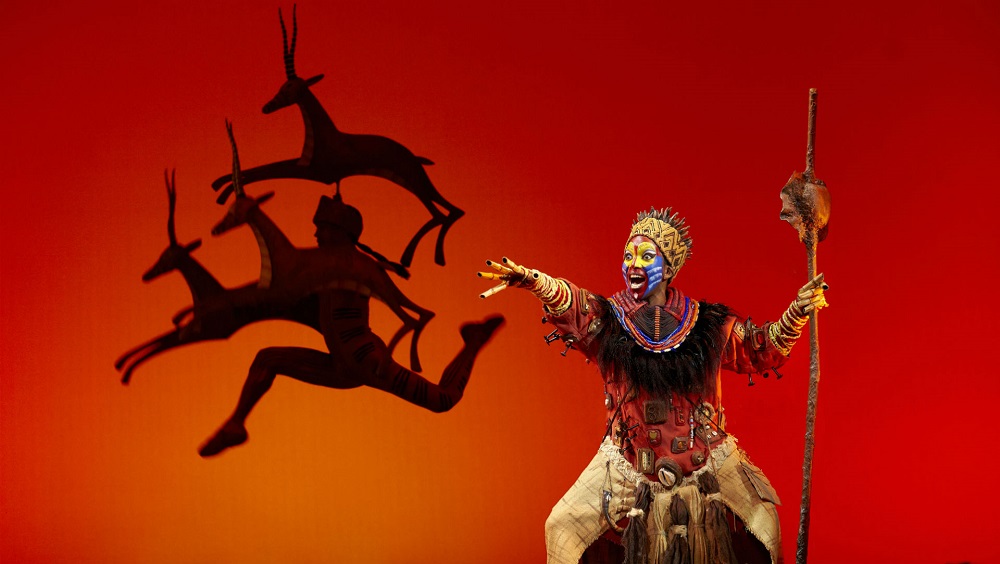 Simon Trinder will play Banzai. Born in Manchester, he trained at Royal Welsh College of Music and Drama and has worked extensively for the Royal Shakespeare Company in productions such as The Tempest, Merry Wives The Musical, Arabian Nights, The Giant, The Dog In The Manger, Pedro The Great Pretender, House Of Desires, The Taming Of The Shrew (Clarence Derwent Award winner 2004 and Helen Hayes Award nominee USA), The Tamer Tamed, Cymbeline, Measure For Measure, Birdsong and Visible. Other stage credits include Macbeth (Regents Park Open Air Theatre), The Tempest (Manchester Royal Exchange), The Importance Of Being Earnest (Bristol Old Vic), Amazonia (Young Vic/Barbican) and Redundant (Royal Court). Simon is also a practitioner and teaches all over the world, and is the founder and artistic director of the drama school ICAT (Independent Centre for Actor Training). Screen work includes Vera (ITV), The Hollow Crown (BBC), Holby City (BBC) and Dalziel and Pascoe (BBC).

The previous tour of THE LION KING broke attendance records across the nation. With a cast of over 50 actors, singers and dancers, the story of THE LION KING is miraculously brought to life using masks, puppets and striking costumes to tell the story of Simba's epic adventure as he struggles to accept the responsibilities of adulthood and becoming king.

The stunning artistry of THE LION KING is the work of a team of designers which drew on diverse cultural influences to recreate the rich colours and vast expanses of the African savanna in this daring and inspiring reinvention of one of the most successful animated films of all time.

Julie Taymor’s internationally-celebrated stage adaptation opened on Broadway in 1997 and 25 global productions have now been seen by more than 100 million people. Performed in nine different languages (English, Japanese, German, Korean, French, Dutch, Spanish, Mandarin and Portuguese), productions of THE LION KING can currently be seen on Broadway, London’s West End, Hamburg, Tokyo and Sapporo, Madrid, Scheveningen in Holland, Daegu in South Korea and on tour across North America - a total of nine productions running concurrently across the globe. Having played over 100 cities in 20 countries on every continent except Antarctica, THE LION KING’s worldwide gross exceeds that of any film, Broadway show or other entertainment title in box office history.

Julie Taymor, one of the world’s most innovative directors, brought a vast array of disciplines to THE LION KING, including extensive experience staging epic theatre and opera productions, exploring classic myths through ritualised puppetry, mask, and movement. THE LION KING was the first musical she directed in the commercial theatre, and Taymor made Broadway history by becoming the first woman to win the Tony Award® for Best Director of a Musical.

The show’s full creative team, which won five Tony Awards® for its work on THE LION KING, reunited in 1999 to recreate the show in London. Julie Taymor and Michael Curry created hundreds of masks and puppets. Scenic design is by leading British designer Richard Hudson and lighting is by Donald Holder. Costume design is by Julie Taymor, and choreography by Garth Fagan. The book was adapted by Roger Allers, who co-directed the animated feature, and Irene Mecchi, who co-wrote the screenplay.

The original score from the animated film was expanded for the stage and now features 15 musical numbers.

As well as writing completely new songs, South African composer Lebo M created an evocative blend of African rhythms and chorales, with additional material by Julie Taymor and Mark Mancina. Elton John and Tim Rice have added three new numbers to the five that they wrote for the award-winning score of the animated film. The resulting sound of THE LION KING is a fusion of Western popular music and the distinctive sounds and rhythms of Africa, including the Academy Award®-winning Can You Feel The Love Tonight and the haunting Shadowland.