The legendary Rock ‘n’ Roll Panto is back as Aladdin, Genie and Widow Twankey ride a magic carpet to festive craziness in the historic Leeds City Varieties Music Hall.

This show’s shtick is it combines all the usual panto daftness with an endless panoply of classic pop, rock and soul hits by the likes of The Monkees, James Brown and Cher all played by the cast. 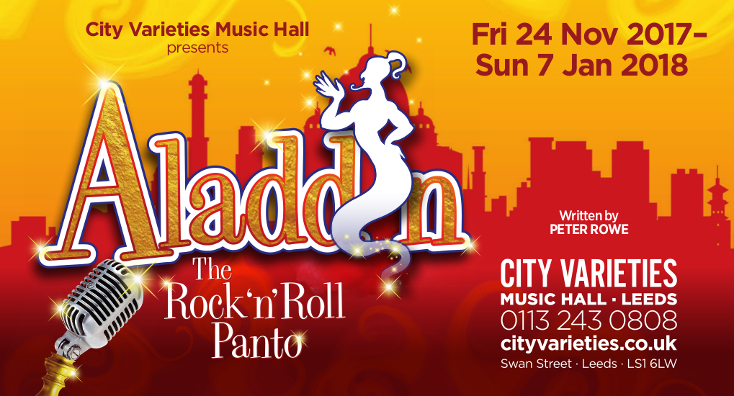 Yet again The Rock ‘N’ Roll Panto will feature the legendary Leeds ‘boulder fight’, and it is always fun watching a big cast make the most of the small stage that has a big rake on it as they struggle to keep to the script.

“After having such a brilliant time on Sleeping Beauty last year, I'm thrilled to be returning to Leeds to direct Aladdin The Rock ‘n’ Roll Panto,” says director Matt Aston.

“The City Varieties is such a unique venue with such a wonderful atmosphere, it's great to be back. We've got the same creative team as last year and I'm delighted that several of the cast are also returning. Audiences can expect the same mix of brilliant songs, beautiful costumes and outrageous gags.”