Paul Blake, Sony/ATV Music Publishing and Mike Bosner in association with Michael Harrison are delighted to announce the national tour of the Olivier, Tony and Grammy award-winning

BEAUTIFUL – THE CAROLE KING MUSICAL will be heading to the Opera House Blackpool from Monday 18th June – Saturday 23rd June 2018. 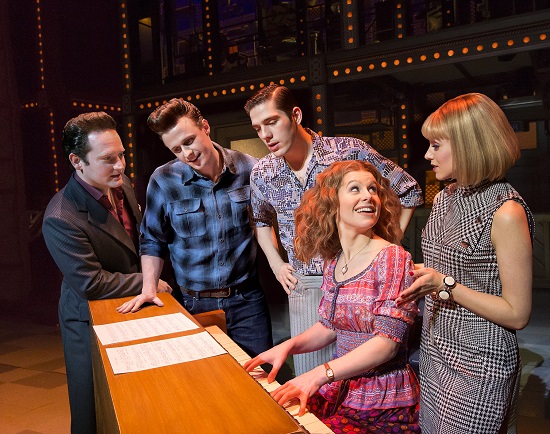 The producers of the show said today “We are truly thrilled that Beautiful will be touring the UK next year. The response from audiences in London has, and continues to be amazing. We know that the rest of the country will take this great show with the most wonderful songs to its heart”.

Long before she was Carole King, the chart-topping music legend, she was an ordinary girl with an extraordinary talent.

A spokesperson for the Winter Gardens Blackpool commented “We’re thrilled to welcome the critically acclaimed musical, Beautiful, to Blackpool on its first ever UK tour. The show which is jam packed with iconic songs is sure to delight audiences and compliment what’s fast becoming an incredible line up of shows in 2019”

BEAUTIFUL – THE CAROLE KING MUSICAL tells the inspiring true story of King’s remarkable rise to stardom, from being part of a hit songwriting team with her husband Gerry Goffin, to her relationship with fellow writers and best friends Cynthia Weil and Barry Mann, to becoming one of the most successful solo acts in popular music history. Along the way, she wrote the soundtrack to a generation, with countless classics such as You Make Me Feel Like a Natural Woman, Take Good Care of my Baby, You’ve Got a Friend, So Far Away, It Might As Well Rain Until September, Up on the Roof, Locomotion. The show also includes the Cynthia Weil and Barry Mann hit songs You’ve Lost That Loving Feeling, On Broadway and We Gotta Get Out Of This Place.

BEAUTIFUL – THE CAROLE KING MUSICAL is based on the early life and career of legendary singer/ songwriter Carole King. It has a book by Douglas McGrath with words and music by Gerry Goffin, Carole King, Barry Mann and Cynthia Weil.

Tickets for Beautiful – The Carole King Musical go on sale on Friday 8th September at 10am from £17.50 from www.wintergardensblackpool.co.uk or by phone on 0844 856 1111 or from box office.