It's Not All Black and White At The King's Arms

A single spotlight illuminates a detective stood under a streetlight, fog swirls around his feet as he lights his cigar, a saxophone player leans against a brick wall playing jazz that echoes around the streets. Welcome to the world of NOIR.

Loosely inspired by a shocking true modern-day story, Noir relocates it back to 1950s America. 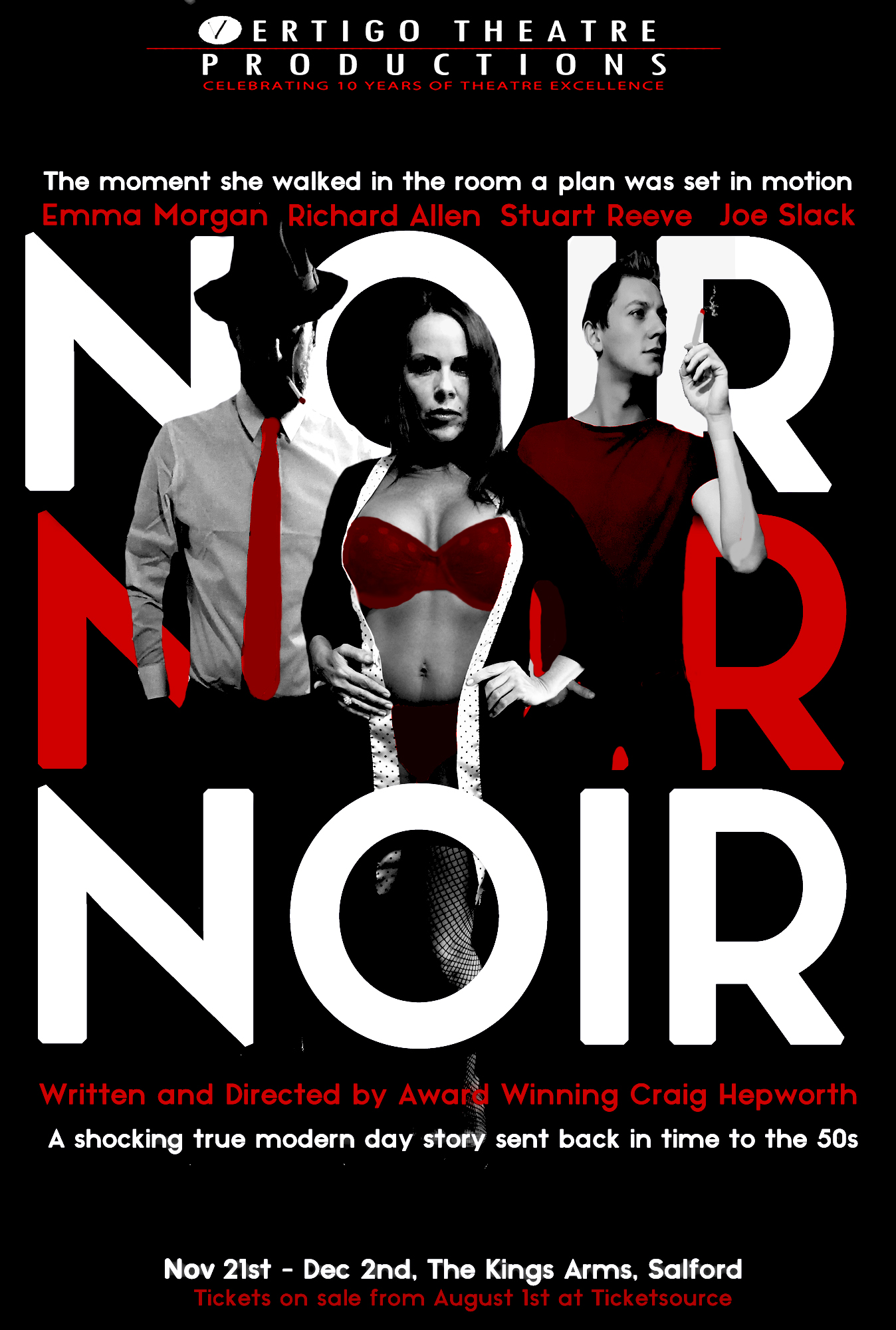 Veronica Smart is a beautiful 36-year-old woman married to her husband Cliff for 16 years, always wanting to be a star she’s now grown tired of the marriage and wants out. Meeting a group of teenagers at the school she works sets in motion a plan that will include seduction, passion, lies and manipulation, and by the end nobody will be left unscathed as she spins her web without consequence.

With an eye popping black and white multimedia visual production, fog machines, underscoring and an exciting set, Noir promises to be something you have never seen on the fringe scene before.

Written and directed by multi award winning Craig Hepworth, Noir will bring the world of the 1950s Noir movies and pulp detective novels to the stage.

Stepping in to the femme fatale lead role is award nominated Emma Morgan as Veronica Smart.

Noir opens November 22nd at The King's Arms, Salford and plays until December 2nd. Tickets are £12 for the next 2 weeks then goes up to the regular price of £13. Tickets can be booked via the link below

The play is 2hrs and 15 mins long (2hrs 30 with an interval). Please note this production is not suited for under 14 year olds and does contain brief nudity. So book today for the show sure to heat up those cold winter nights. Book via - https://www.ticketsource.co.uk/vertigotheatreproductions