Daniel and Arthur Bye toddle off to the Edinburgh Festival

The toddler gives his name to his dad’s new show that heads up to the Edinburgh Fringe from July 31 challenging preconceptions about the determining influences on the course of our lives.

“It’s kind of the nature and nurture debate exploring the different influences that turn you into you, or turn your children into your children,” says Daniel. “It explores genetics, parenting and class in the wider society. By having a baby in a performance in a real living room it brings light into the room around generic inheritance, the domestic environment and the wider culture.”

Daniel’s previous work like Going Viral, The Price of Everything and the powerful Instructions From a Border Crossing have been inspired by his background as an activist. They all take a hard look at some of the biggest issues facing us, including the way we treat people looking for sanctuary in the UK.

“Arthur’s a lot gentler, but like lot of my work it hopefully is an engaging way to talk about things that really matter. So running through this, as well genetics and inheritance, there is stuff about the world we are engaged in creating for the next generation. 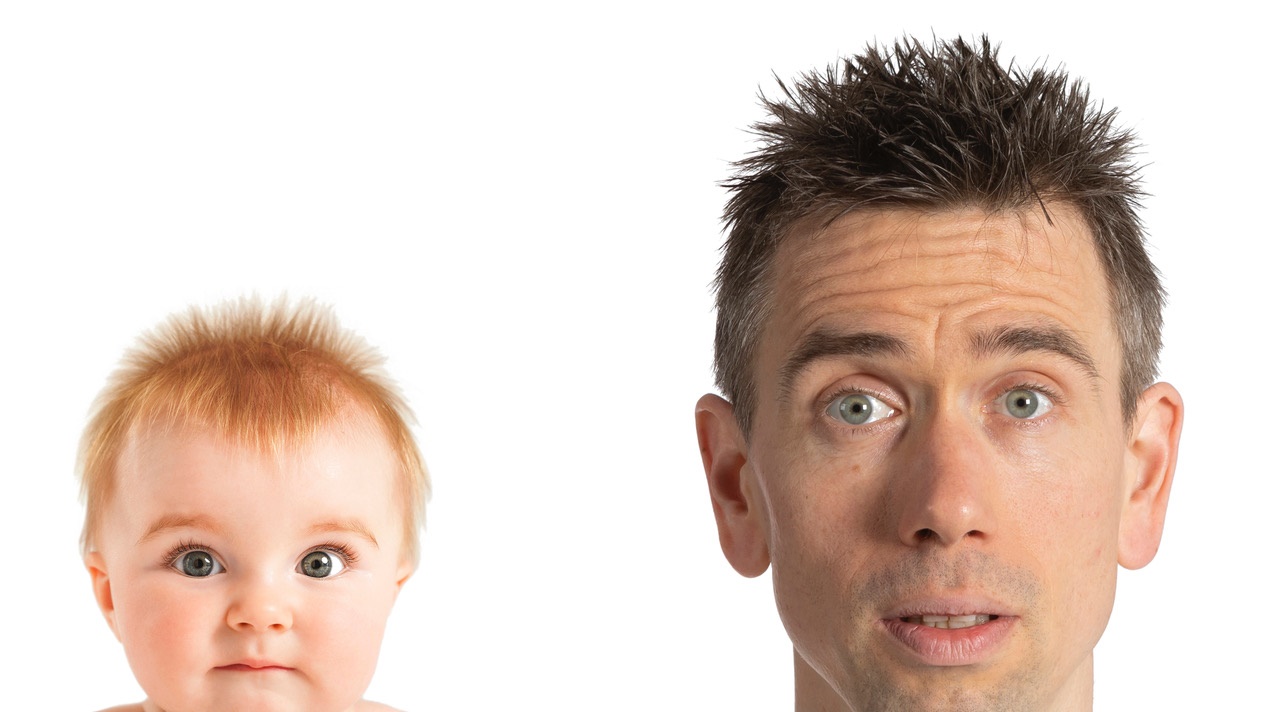 “One of the things that distinguishes this from my other work is there is nothing in that which isn’t true as in my previous shows there has always been a strand of mischievous fiction. The baby is not a metaphor he is a baby, he really is my son and he really is just over three months.

“One of the fascinating things about a baby at that age is they change so quickly, so I don’t what he’s going to be like in two month’s time, he could be a totally different baby.”

Arthur is Daniel’s second child and the idea for the show came when he did a benefit for a foodbank, and took his son along as a way to talk about class and life chances.

“I do think in a broader sense the arrival of your first child is an existential shift,” reflects Daniel. “But I don’t know whether it changed my view of the world or even sharpened it, but the way I considered my place in the world has definitely shifted.

“My politics haven’t shifted I don’t think. I don’t think being a parent makes you a better person despite what Andrea Leadsom tried to say about Theresa May a couple of years as they are both terrible people.

“I don’t even that having a child automatically gives you a free pass about caring about the next generation as I was an environmental activist before I became a parent. Having a child makes it a bit harder to engage in activity politics not because of anything inherent to parenthood, but the demands on my time and attention are very different.”

And if adding a baby to a show wasn’t risky enough Bye senior and junior are also performing in a series of very unusual venues.

“The show will be performed in the living room of the person who books that performance so if all the shows get booked during course of the Edinburgh Fringe it will be performed in 46 living rooms,” notes Daniel.  “The audience will be constituted by the person who books it, who they decide to bring along, so you don’t book tickets, you book the whole thing and bring your mates.

“A living room is a living room to a certain degree, but they will all be spaces I haven’t been in before, so I will the guest in someone else’s place.”

Another challenging aspect of Daniel’s show is the semi-improvised sections dropped into the structure where audience members are actively encouraged to get onstage sharing their own view and experiences.

“There are a couple of elements of improvisation so one of them is there are spaces built into the show where a game is played with the audience, or an element of participation, that will always be different night to night.

“Depending on various other factors I don’t see any reason for me to pretend I’m not in the same room as everyone else. So if someone’s phone goes off, or someone sneezes, than I will acknowledge that, and work with that, so there is space for improvisation.

“This show takes that even further because I am not given the extra privilege of having the lights being pointed at me where the audience is in the dark as we will be all sitting round in a living room in a smallish space, but my work always has had that conversational quality to it.”

Fringe First winner Daniel and Arthur hope the audience will walk away questioning the best way we can all live together and how the choices made by an individual can actually make a difference.