Les Misérables is the world's most popular musical having played continuously in the West End for almost the last 30 years and featured some of the best known names in musical theatre. Despite being panned by the critics in the beginning the show has gone on to play in 42 different countries and is the second longest running show in musical theatre history.

And now the show has arrived at the Oldham Coliseum where Congress Players are performing the schools version. Performed entirely by a youth cast this is no easy task but this production wouldn't look out of place on the West End Stage. From the superb cast to the imaginative and breathtaking set you are certain to leave the theatre with a smile on your face and maybe a tear in your eye.

Set against the backdrop of 19th-century France, Les Misérables tells an enthralling story of broken dreams and unrequited love, passion, sacrifice and redemption. It is a fight for freedom and honor that epitomises the human spirit.

Ex-convict Jean Valjean is hunted for decades by the ruthless policeman Javert after he breaks parole. When Valjean agrees to care for factory worker Fantine’s young daughter, Cosette, their lives change forever.

Jack Dolan plays the role of Valjean, and you forget watching him of his tender years producing a performance of the highest quality. His vocal control is flawless and the performance of ‘Bring Him Home’ pitch perfect rivalling anyone before him who has performed the piece.

Josh Hankey as Javert is delightfully menacing throughout as he pursues Valjean across France and his demise in act 2 is both a vocal and visual treat.

Fantine played by Amy McDonough and Georgia Taylor as Cosette effortlessly play their respective roles with McDonough’s act one performance of ‘I Dreamed a Dream’ having the hairs on the back of your neck standing to attention.

Eponine’s (Phoebe Coop) heart wrenching ‘On my Own’ was as equally well acted as it was sung and showcased the power and control she has in her voice. Jake Thompson is a likeable Maurius rescued from the barricade by Valjean.

Master and Madame Thenardier (Tom Shiels and Emily Clarke) bring some humor to the show as the vile and light fingered landlord and landlady. Their chemistry on stage is a joy to watch, a real audience favourite.

Not forgetting Riccardo Atherton as Gavroche who commanded the stage whenever he was on it with his cheeky urchin look. His final scene was heart breaking and acted sublimely for one so young.

It is difficult to put into words just how good this production is. From the moment the orchestra under the baton of Anthony Quimby played the first note until the curtain call you cannot help be enthralled by what you are seeing on stage. Choreography from Jean Johnson added to the spectacle.

There is nothing amateur about this production at all.  It is rare to see such all-round quality in an amateur production but this show delivers on every level, exceeding even your wildest expectations. Director John Wood has created a masterpiece.

If you can get down to the Coliseum before it closes on Saturday, do it! It will be one of the best experiences of musical theatre you will ever have. 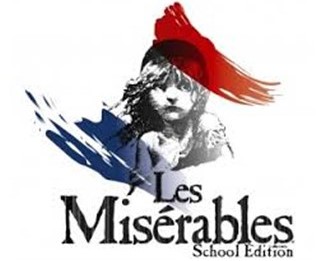