Tonight I watched a performance of ‘Peter Pan’ by Wakefield Little Theatre Company at The Theatre Royal in Wakefield. Over the years I have seen various musical and pantomime adaptations of the classic tale, so tonight watching a straight play version was something new for me as an audience member. The narrative follows the Darling children leave their upper class London home away from their ‘boring’ lives and journey to the land of Neverland with their new friends Peter Pan and Tinkerbell.

It is here that they are involved in sword fights with pirates among various other exciting adventures. Such an elaborate narrative requires an equally as strong production and I think Wakefield Little Theatre Company tackled all the technical challenges head on, with flying wires, extravagant sets and even a giant crocodile live on stage.

The director Paul Haley really played to the cast’s strengths within this production, utilising is young talent especially. The young actors really stole the show in my opinion with their enthusiasm and professionalism on stage. The young, adorable role of Curly was played perfectly by Noah Firth who delivered each line with the upbeat energy you would expect from boys who have lived their whole lives without mothers. Hannah Alam was refined and engaging as her role of Slightly (the oldest member of the lost boy’s gang) leading the younger boys in their house building and managed to work around a slightly cumbersome set design without breaking character on stage. 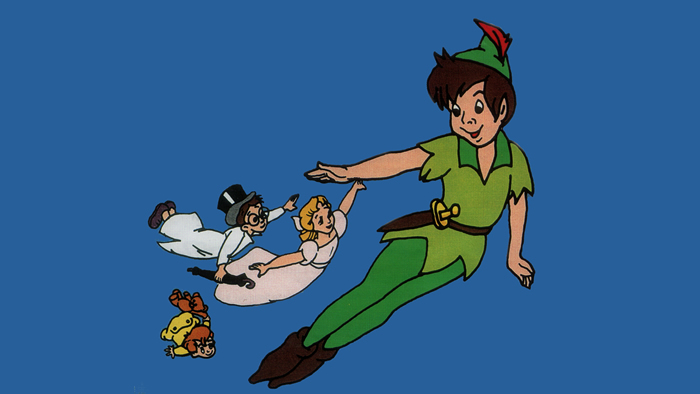 Hannah Clifford had the challenge of taking on the lead protagonist role of Peter Pan himself and managed to portray both the playful and stubborn side of the role, and worked together with Polly Lovegrove to follow the confusing relationship that Peter and Wendy develop during the play. Even though the play was based primarily around a youthful cast there were certain adult performances that shouldn’t go unmentioned. Haley not only directed the performance but he also played an excellent, bumbling Smee aboard the pirate ship. Mark Rogers also managed to transform from the slightly strict Mr Darling to the melodramatic Hook in his rivalry with Peter Pan.

Even though I felt the scene changes were prolonged (averaging at 2 minutes each) and slightly clumsy the curtain was always drawn back to reveal yet another impressive set, it is just unfortunate that the energy from the audience was often deflated in the minutes in-between. Haley definitely did an excellent job creating the numerous locations within both London and Neverland. The scenery showed creativity from the construction team, with transforming furniture and the previously mentioned giant crocodile. You wouldn’t expect to see such an imaginative play like Peter Pan performed without breath-taking sceneries and the company didn’t disappoint in this expectation.

Overall, I saw fantastic commitment and eagerness from the cast members on stage, working around some technical difficulties and occasional disruptions from the audience. The performance had elements for each audience member to enjoy, with one of my favourite scenes being played by the comedic and risqué mermaids within Neverland. Each character group displayed enthusiasm and enjoyment on stage which really helped to make the performance.