We've seen in the new year, the Christmas left overs are well and truly gone, apart from maybe the occasional Mini-Bounty from the celebration tin which has been thrown behind the sofa but yet I'm at Panto! No, I've not developed a time machine or recently purchased a Delorean, Instead I'm at Z Arts Theatre in Hulme for 13-Performing Arts School's performance of 'Cinderella Needs a Fella' and I was left in awe at the talent I witnessed on stage.

The show opened with an introduction from the Fairy Godmother played by Molly Jones, an talented performer who played the part to a standard one would expect on any commercial Panto production, which then led us into the first song and a huge number of children took part in this, it was impressive to watch, which shows the scale of 13 Performing Arts School.

Olivia Baker Was in the lead role of Cinderella and was a brilliant lead, and a fantastic choice, and so was Max Race in the role of Baron Henry Hard Up with excellent timings. The stand out star of the show for me was Adam Little in the role as Buttons; I was amazed.

Now Buttons is a character which in pantomime is very important, they have to bond with the audience and immediately become likeable, and many of them in big productions really fail at this but Adam had the audience eating out of the palm of his hands. Little's delivery and confidence was what impressed me most of all, he worked the audience so well and had some brilliant facial expressions to go with those Panto jokes.

No fairytale is complete without its Prince Charming played by the fantastic Sam Kelly aided by his Dandini played by Jacob Bland; an extremely talented performer who has just worked on the Chitty Chitty Bang Bang UK Tour with Jason Manford and Phil Jupitus, I would say he'll be a future star but we don't need to wait till then, he already is a star!

One of the hardest roles in a Panto is playing the villain but Imogen Ogden made it seem effortless as the Wicked Stepmother giving a spellbinding performance with fantastic vocals and acting throughout.

The ugly sisters or 'very ugly sisters' as the programme suggests we're played by the hilarious Freddie Bolt and the cheeky Jack P Shepherd who most will recognise from Coronation Street where he plays long time cobbles resident; David Platt.

The two of them worked so well together, the rapport was superb and I feel there was a lot of ab lobbing going on but that's what makes Panto fun, one of my favourite moments had to be the Queen song; Break Free which was complete with dusters and hoovers live the original music video, I need not say anymore.

This was a fantastic production from extremely talented individuals, every single performer on that stage should be extremely proud of this triumph, I know I will be hearing so much more from this entire cast, in Broadway, West End and around the world.

Verdict: Fantastic to see tomorrow's big names just at the start of their careers, a wonderful show! 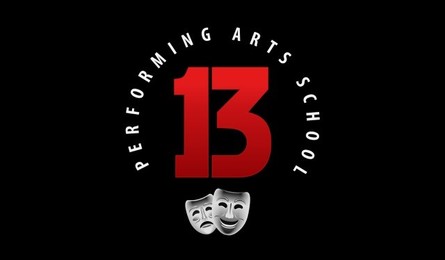 Cinderella Needs a Fella continues at Z-Arts until the 21st January.More detailscan be found at www.z-arts.org