Travelling to the theatre to watch a brand new play was a unique experience for me tonight, approaching my seat with a blank expectation of what I was about to watch, just curiosity of what could unfold on stage within a play titled ‘Reasons to Stay Alive’. This innovative play is a stage adaptation of Matt Haig’s wildly successful book of the same title which spent an entire year in the Sunday Times Bestseller list! The play (and book) tackle the important topic of depression, and the true impact this illness can have not just on your own life, but of those around you also. I can appreciate how much of a challenge it was for April De Angelis to approach this much-loved book and adapt its harrowing theme into a piece of live theatre. Within our culture, depression is still a very sensitive subject, which can evoke awkward conversations and uncomfortable atmospheres, and therefore Matt Haig’s writing was a true inspiration for his readers, an honest, frank and brutal discussion of something many suffer in silence with. 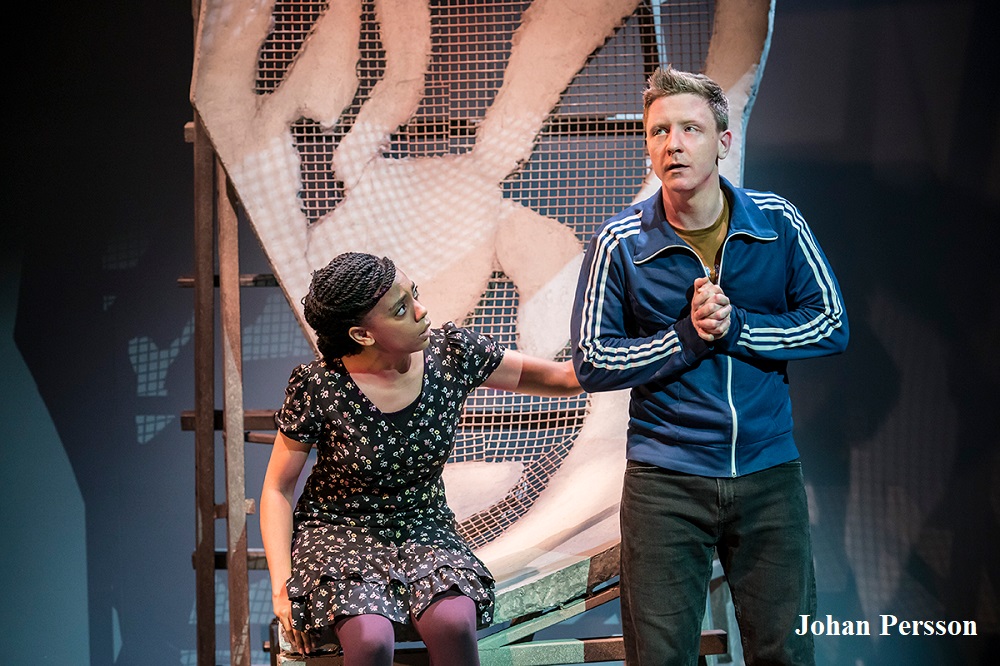 The play is a depiction of Matt’s personal experiences with depression, and the stage adaptation incorporates two actors playing the lead protagonist role. Phil Cheadle portrays the older Matt who has come to grips with his mental health and now recognises the joy in life. Cheadle was incredibly thought provoking in his direct address to the audience, often narrating the events taking place with a reflective tone and air of confidence in his delivery. Juxtaposing Chealde’s performance was Mike Noble in the role of young Matt; the character who we witness experiencing the true weight of depression, and we first meet him at his lowest point. As an audience member my response to Noble’s performance was hesitant, initially I was confused at his interpretation of depression and the severe anxiety experienced with this illness, this was partly due to Noble’s erratic approach to the role and it felt somewhat over played. However, as the narrative unfolded, and the two versions of Matt became intertwined, I feel that Cheadle and Noble were the perfect counterpart of each other, complimenting the role/s perfectly, and communicating the importance of overcoming your struggles a step at a time.

Jonathan Watkins’ direction of this production was nothing short of ingenious. Watkins utilised each actor on stage, and the ensemble was the hidden gem of the entire performance. Chris Donnelly, Janet Etuk, Dilek Rose and Connie Walker played all the supporting roles involved in Matt Haig’s story, and did so with complete ease and fluidity. I often sigh a feeling of frustration when I have to sit through a blackout and noisy scene change during live theatre, and this is why the pace of tonight’s performance was a refreshing change, and this is largely due to the direction and ensemble cast. In the blink of an eye we were transported from an abstract running sequence full of tension and desperation, to a peaceful and silent literary evening and the use of multi-role was flawless.

I feel it was a very clever decision by the designer (Simon Daw) to keep the set simplistic and bare; the three-piece set was rotated and moved often during the evening, with several different purposes for the various locations. This way our focus was kept on the powerful dialogue taking place and the message intended. I would like to thank the entire team involved in creating this stage adaptation, I found the 75-minute-long performance inspiring; finally sharing with the audience an honest voice on depression and the burden this condition can have on an individual.