Set in Seville in the early 19th century, Carmen (written by Georges Bizets, directed by Clive Marshall and presented by York Opera, Yorkshire’s premier amateur opera company) follows the story of the young, credulous soldier, Don José, who abandons his childhood sweetheart Michaela after being seduced by a wild and seductive local gypsy woman, Carmen. Yet Carmen is unfaithful, transferring her affections to a famous local matador, leading José to perform an unthinkable act. Performed here in English and supported by a full orchestra, the narrative follows the variable fortunes of these central characters as they constantly move in and out of love, bending inevitably towards a tragic outcome.

The first thing to note about Carmen is that one does not go for the enthralling plot or the entertaining characters. These are entirely secondary. The production lives and dies on the strength of the orchestra and of the musical capabilities of the performers. In this sense, this production did not disappoint. The best part of the experience was simply listening to the charming melodies performed by talented musicians working as a collective, as well as arias performed with commendable gusto by the performers on stage. 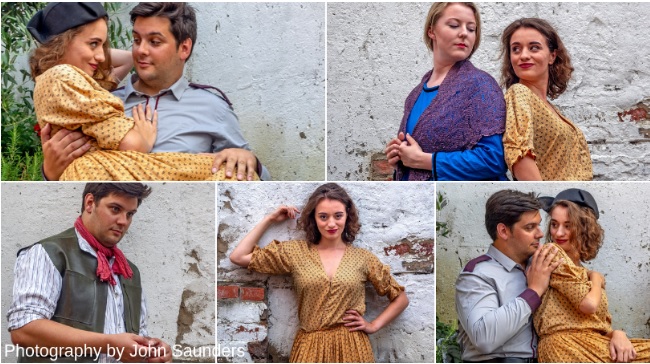 The set and costume departments must also be praised, as they achieved an atmosphere reminiscent of a dusty Spanish backwater without overdressing the stage or the performers.

For those unfamiliar with opera, however, the production will likely prove taxing. The lack of any firm characterisation and nuanced story mean that the show proceeds at a leisurely pace, and those hoping for something more than three hours of excellent instrumental music will leave disappointed. This is not the fault of the performers, nor the production crew, who do their best with thin dramatic material. Many of the characters required a more melodramatic touch to make them more vivid, and that is lacking as the characters often felt indistinct from each other. Furthermore, there is a tendency for the performers to be overpowered by the orchestral music, rather than to work with it in harmony. One area where this might be improved is that the stage often felt overcrowded with extras and minor characters, and this was to the detriment of the overall production. Likewise, several scene transitions also went on for longer than necessary, leaving the audience to listen to fine music but wondering when the action was starting once again.

Thankfully, none of these criticisms much matter. You already know if you are going to see Carmen, because it commands a following amongst opera devotees. On that score, there is much to praise in this production, not least the aplomb with which the cast approach the material. The more sceptical have good reason to be cautious, however. This is a demanding piece of work which requires a love for the music above all else. Still, if you fancy an experiment with opera, then you could do much worse than investigating this production, though Carmen will inevitably not be everyone’s cup of tea.