There’s a party going on in Sheffield and you’re all invited!

Party host Stuart, Kamille (the trained dancer) and their three friends invite you to a party in their flat.   They promise to entertain you; from dancers, singers and musicians, party games, drinks and nibbles.  They aim to create a kaleidoscopic picture of what it means to be young, gifted, black....and poor, and gay. Written by Cheryl Martin and Darren Pritchard, being broke never looked so fierce.

Even before you enter the Crucible Studio there’s a party atmosphere in the foyer, as cast members weave in and out of theatre goers on silver roller skates showing off some impressive moves.  There’s a “Rent Party Bar”, a photo booth and an overall feel good vibe. 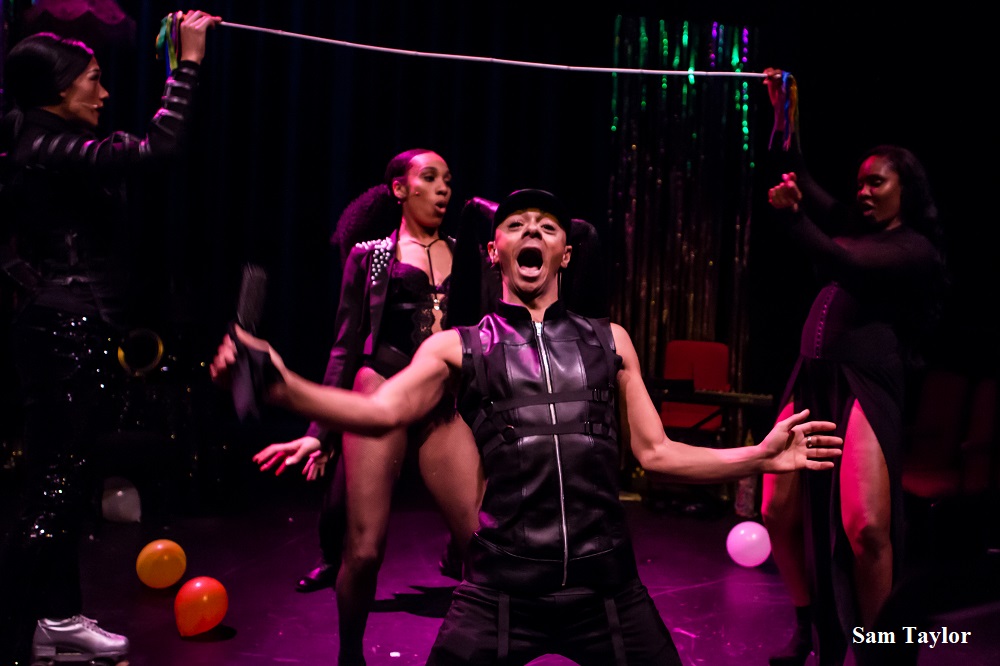 Enter the studio into the dark gothic-esque flat shared by the five friends and we’re soon all bopping along to 1990s track “Money Talks (Dirty Cash) by Adventures of Stevie B as the five strut their way into the flat.  Stuart jokes that he gets paid by the same people as the Queen i.e. “the tax payers”.  As the tunes flow and dancing follows suit, “I Need a Dollar” by Aloe Blacc blasts out and the audience are handed brown payslips and encouraged to open them.  Vouchers “Redeemable for £10” are enclosed and the audience are encouraged to “give generously for the young, gifted and black”.  Who gets paid?  YOU decide.

As we get to know more about the friends backgrounds, from never been invited to a party as a child (queue an audience participation of Pass-the-Parcel), being lucky enough to be a trained dancer and the only one working, Kamille reminisces about a dance performance as the only black child, forced to don a blonde (“well it was more white than blonde”) wig (“which REALLY made me stand out”), to struggling with finding work despite being gifted and well educated.

There’s a great deal of tongue in cheek humour revolving around Politics and the state of the current economic climate “where the rich keep getting richer” while the poor suffer.  From homelessness, budget cuts, NHS cuts to Brexit, the five friends discuss topics which effect the majority of the population but state “what little we have, we share” as they dish out shot glasses and nibbles, mock the ever failing Britain and show us that despite all this, they still know how to let their hair down and throw a damn good party!