For reasons not entirely apparent the producers of this semi-classic have exhumed it, dusted it down and, for reasons even less apparent, updated from the fifties to the eighties.

Olivier first took the part at the Royal Court and caused much interest as a noble actor of standing rubbing shoulders with the “angry young men.” Archie Rose is the archetypal seaside comic with a litany of second-hand one-liners and soft-shoe shuffles reduced to entertaining audiences at a rundown revue. 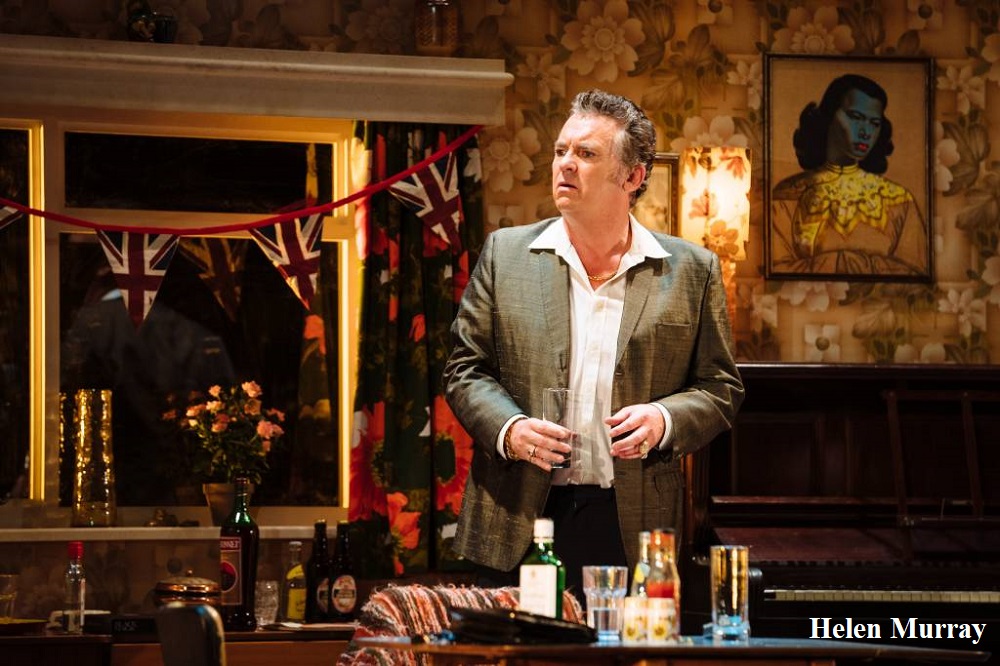 We sit in their places and receive Archie’s bitter, joyless monologues interspersed with age old gag.

Where once the play was a metaphor for Britain after the war and the loss of Empire, here it seems to be a metaphor for the loss of the Falklands. Where once we had Laurence Olivier, here we have Shane Richie, who holds his own manfully and creates a substantive and compelling character.

Much of the tone of the play is misjudged and clumsily updated (for which no one in the programme seems to have taken credit) and many new gags and songs are inserted, but to what advantage?

The concept is flawed, but the Richie shines. https://www.grandtheatre.co.uk/whats-on/the-entertainer/