It is always a pleasure for me to visit the productions performed by Arden School of Theatre, and this will now be the third full scale Musical I have watched in their own theatre space, the Waterside in the Sheena Simon Building. Their Musical productions are always a little on the raw side, and when, as was the case with Ragtime, it would have benefited from a more lavish set; the bare minimalist set and 'studio theatre' feel worked very much in this Musical's favour.

There have been many very British Musicals written and produced over the last few decades but sadly few have survived longer than a brief out-of-town run or a failed West End run with early closure. The public seem to clamour for the more operatic style of through-sung and highly dramatic writings of Boublil and Schoenberg and their shadow-followers, or good ol' American Musical Theatre. That's a pity, really, because some of these British Book Musical offerings really have more to them than may at first meet the eye.

Made In Dagenham is one of those Musicals. Written by David Arnold, Richard Thomas and Richard Bean, it was based on the 2010 film of the same name, which itself was based upon true events in a car production factory in Dagenham in 1968, which lead to the government bringing in The Equal Pay Act (1970).

I have to admit to not knowing anything at all about this Musical prior to this afternoon, I hadn't even seen the film, and so I was watching a totally new story unfold before my eyes. The story was extremely clear and well presented. I also have to admit that for the first maybe half hour of the show I sat their hating it - not the presentation of it, but the actual show itself - and yet, by the end of the Musical I had decided that I actually quite enjoyed it. It was life-affirming and had a real message which still resonates today. It's not a Musical I will treasure, and the music is instantly forgettable, but I do think that the Arden students gave me an excellent example of this Musical, and due to their youth, determination and energy, brought this Musical to life in a way perhaps that a tired West End production failed to do.

The bare set on four levels with the band behind worked well, and the small items of set brought in and out for the scenes was swift, minimal, and correct. I really liked the sewing machines [even if one did fall and break - oops!] and all the costumes and hair styles were very good; well thought through, and looked authentic and period. I would have liked to have seen actual food in the bowls on the table and in the fondue set though.

As with my previous Arden experiences the commitment and dedication of EVERY student, no matter how tiny their role, is evident, and the quality of their choral singing has always impressed me. The cast were once again excellently chosen. I really did believe and empathise with them; or at least with those who were fully formed characters. There were a couple though in this Musical who had been given mono-dimensional comedy roles. Not knowing the Musical I am uncertain as to whether that was the authors' intention, or if it was the director's decision, but either way, these roles for me actually spoilt a rather gritty and down-to-earth scenario. This was especially evidenced with the opening song of Act 2, and the character of Mr. Tooley. It was also a good try by Sam Nilssen but Harold Wilson was never that young and never that good looking! Although the 'Always A Problem' song with Wilson and his two aides was actually excellently choreographed and presented.

The role of the protagonist, the wife and mother who seems to have been given the role of leader of the workers unwittingly, and then embodies that role and takes it to its natural conclusion winning victory for her and her co-workers; the peoples' heroine, Rita O'Grady, was played quite magnificently by Megan Ormiston. With, in general a very strong supporting cast, other roles to impress came from Jessica Jordan, playing Rita's good-natured but rather hard nut co-worker who can't string a sentence together without a swear-word in it, Beryl; Robbie Boyle, who played Rita's husband, seeming rather insignificant at first, but came more and more into his own, and his plaintive and heart-rending rendition of the Letter Song was excellently measured. The third and final member of this cast to impress over and above was Paige Medina, who gave a truly believable and yet somehow slightly comedic interpretation of Labour's very own 'Margaret Thatcher', the redoubtable Barbara Castle.

Also, a special mention to a member of the cast who although played three very minor and supporting roles, they were all clearly characterised and different and his personality impressed. Cameron Ashall was a singing Cortina Man, and Aide, and played the part of Stan.

The directing by Adam Philpott was tight and secure, even if a little unimaginative - although given the space (and no doubt also the budget), that can be forgiven. I found some of the choreography to be quite lame and unadventurous too, but what was presented was solid, secure, and worked.

The Musical Direction was also extremely tight and, the band, under the magic wand of Robert Purvis did not disappoint. There were a couple of sound issues this afternoon though, and sadly, there were a couple of times when principals could not be heard over the band. Hopefully that will now have been rectified.

All in all then, a very good effort indeed to introduce me to a new-to-me Musical which I went away from enjoying the presentation but still not really liking the Musical itself. The Music Theatre department at Arden really does nurture a lot of talent and once again, my congratulations to you all. 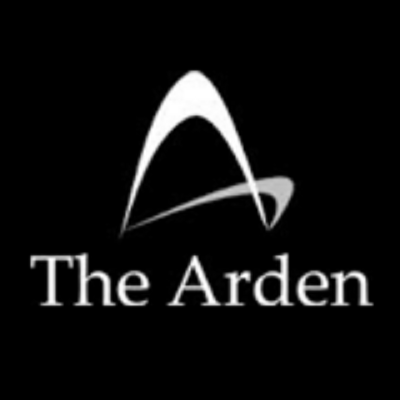