Composed by Pyotr Ilyich Tchaikovsky, Swan Lake is arguably the most popular piece of ballet ever performed - and for good reason.

A mesmerising storyline filled with love, loss and black magic, a tantalising score that captures all the emotional nuances of the story, and a cast of dancers that are at the top of their profession chosen to showcase the art of ballet at its most majestic.

The technical skill and ability this show demands from its performers is out of this world - particularly the part of female lead, whose dual part of Odette and Odile is a real physical challenge from the outset. Playing the role of the good princess/White Swan Odette would be enough for even the most seasoned ballerina - yet when you add the dark, sensual character of Odile (the Black Swan) into the mix, the part suddenly becomes a much bigger Everest to climb.

The demands of these characters are so well-known that it formed the main storyline of the 2010 film Black Swan, whose Oscar-winning protagonist Natalie Portman descends into madness trying to juggle the physical and emotional demands of such an iconic role. 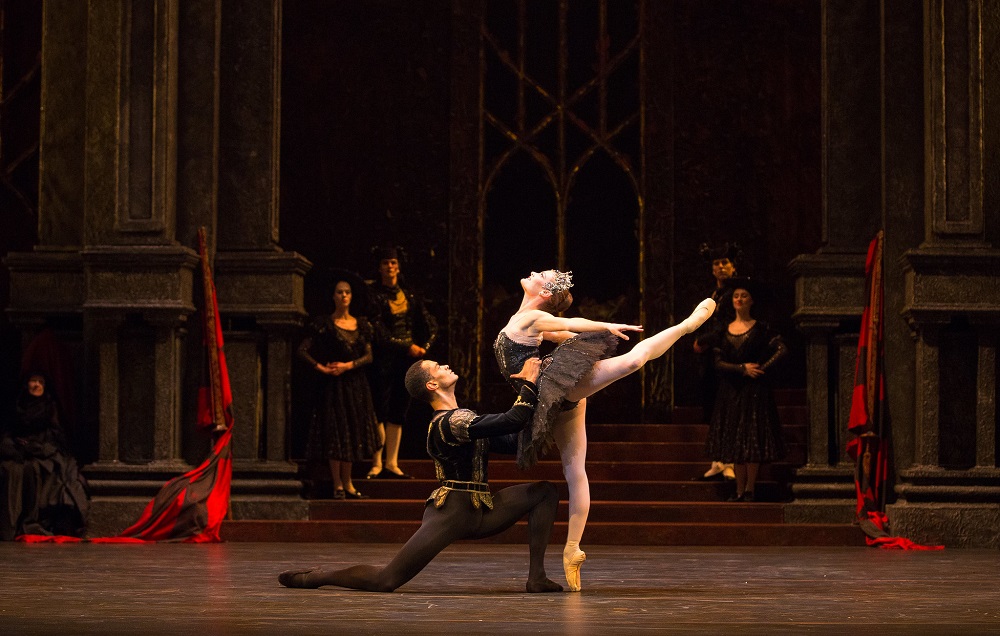 However, the Birmingham Royal Ballet’s prima ballerina Momoko Hirata excels in this most challenging of roles. She is graceful and beautiful when playing the elegant White Swan, yet shows huge promise in the more sensual, haunted role of the Black Swan. Hirata’s show reel reads like a who’s who of the ballet world - having performed in everything from Cinderella and The Nutcracker to Romeo and Juliet. Becoming a principal ballerina 7 years ago means this part was naturally a perfect fit for one so experienced.

Opposite Hirata’s delicate gracefulness is the male lead, played in this performance by Yasuo Atsuji. Made a principal dancer only 2 years ago, Atsuji played the role of Prince Siegfried beautifully - he had grace when moving around the stage, and he was able to pick Hirata up like she was made of air. However, I feel like we needed just a sprinkling more of his character and charisma to come across in this performance so he can stand tall next to (and not get lost in the shadows of) his female counterpart. That, for me, would have catapulted this show into the stratosphere.

That said, the rest of the show was an absolute triumph - by far the best performance of Swan Lake I have ever seen. Clearly no expense was spared in the production of this piece: the set design was masterful. The costumes were sumptuous - so elegant yet opulent. The lighting was clever and dynamic, and the special effects (although used sparingly) were deployed expertly. Surprisingly, none of this detracted from the dancers onstage, but were a welcome addition to really help the audience get lost in the romanticism of a magical, bygone world.

One standout moment for me was when the curtain was raised for the final scene - the lovers’ emotional reunion at the lakeside - and a sea of smoke descended across the empty stage and into the orchestra pit. So breathtakingly romantic and reminiscent of the fluidity of water was this image that there was an audible gasp around the theatre. Then, the cygnets (that is, the supporting female cast that form a flock of swans) suddenly and unexpectedly popped their heads up above the smoke, taking this already scintillating moment to another dimension, invoking more gasps and excited murmurs from the audience.

However, they do say all good things come in threes. This has never been truer than when the cygnets start dancing as the cloud of smoke dissipates across the stage. The sheer beauty and grace of such a dream-like sequence gave me goosebumps and will be something that I will remember for a long, long time to come. The perfect end to a perfect show.

All in all, a sensational performance from start to finish, truly best in class, the crème de la crème of British ballet