Fifty and Nifty - The King's Arms

“Fifty and Nifty” is a self-help group for the fifty-plus, a national franchise. The local group is run by Marjorie Pardoe, whose aim is to prepare you for a sedentary life waiting for death and not get any silly ideas about trying new things, keeping fit or having fun. After all, the last person to try this “moved to Uttoxeter and joined a cult”.

Marjorie is a joy to watch. She is effortlessly played by writer Beverly Green, seamlessly channelling Fat Fighters’ Marjorie Dawes from Little Britain and restart course leader Pauline Campbell-Jones from the League of Gentlemen. Though those characters are both grotesques, Beverly Green’s Marjorie is very much a well-observed, outrageous but very credible character. She is a snob and a bully with a saying for every occasion, a poisonous little maxim designed to humiliate and break the spirit. “Do up your top button: nobody likes mutton.” We’ve all met a Marjorie and they’re not nice, but she has broken the group of hapless and hopeless regulars, so they have come to rely on her: she is their matriarch. 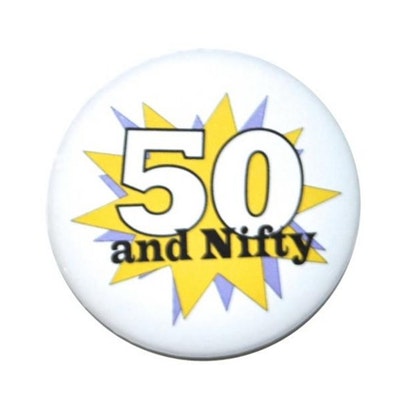 Head office have organised speakers for each session, so a glamourous couple in elegant evening dress and dinner jacket, have come to hold a dancing workshop. Marjorie is very disapproving, as dancing can be dangerous at our time of life, or even worse, can lead to “unwanted relations”.

Marjorie offers sound advice for us all. Trying to remain young by wearing fashionable clothes or keeping active is a recipe for disaster. One woman tried it and was “last seen in Didsbury in a denim skirt.” so be warned. Instead Marjorie promotes sensible, seated activities, such as reading or needlework. Under her guidance, everyone in the group is old before their time and shuffling at a sedentary pace towards early senility.

It's all going well and is very funny and entertaining, when Marjorie announces they're having a coffee break. “De-caff, of course. The less stimulation the better!” The lights go out and when they come up again we're inexplicably in another play. It’s quite jarring and confusing and there is a marked change of tone. Roger is making the most of his life in an old people's home. His son, Howard, comes for a very rare visit. Both end up revealing skeletons from their closets, the main one being that after years of living a lie, Howard admits he’s gay, but it turns out everyone – including the audience – knew already. There are a few moments of humour, but it’s mainly a poignant piece. It ends rather suddenly in darkness, the audience don’t clap as no one knows what’s happening.

The intruding short play – tonight presented in two parts, so there’s another scene to come – is Remember Mavis Dixon by Andrew Husband. There is nothing wrong with the piece, except for its odd placement in the middle of the broad comedy of Fifty and Nifty. The two plays are tonally very different and don’t sit well together.

So, the lights go up and we’re back for more fun with the over fifties. Marjorie steals the show and is constantly watchable. She could easily have her own TV chat show interviewing celebrity guests, who probably wouldn’t be aware they were being made fun of. After many barbs and put-downs, it’s with some satisfaction that Marjorie appears to get her comeuppance, actually in exactly the same way as Marjorie Dawes and Pauline Campbell-Jones do in their respective shows. It looks like Fifty and Nifty is all over for her. Or is it?

Fifty and Nifty is fun, funny and entertaining, with a great central character, but for me – and for the rest of the audience it seems – the two play mash-up is odd, awkward and creates a disjointed presentation, which is a shame, because as a result Beverly Green’s five star performance is somewhat – and needlessly – disrupted.

With Marjorie Pardoe in mind, I'll leave you with the wise words of Albert Einstein: “Don't grow old, no matter how long you live.”