I just love the King’s Arms.  I believe it is one of the coolest pubs in Salford. . .and by that I mean, it is not a trendy wine bar with generic leather seating and smoky cocktails, it is a good old fashioned boozer with a cosy bar, serving decent ciders and ales with its very own quirky beer garden, just a stone’s throw from the city centre. But what makes this venue special, isn’t just the pub, it is the three performance spaces this pub offers and I’m yet to experience anything less than a brilliant night out here.

As a performance venue, it features anything from contemporary plays, music and comedy acts to Fringe events. So thank goodness, SKANK lived up to the other shows I have watched.

Described as ‘A Northern Flea-bag’, SKANK was a one-woman show dealing with themes from mental and physical health to zero hour contracts. This one hour monologue, presented the mundane life of Kate, a twenty-something office temp, trying to get her foot on the ladder of life, unsuccessfully. The derogatory term Skank, would suggest that Kate is a bad girl with nasty habits.  I didn’t really think she was.  On one hand, I agree with the above description but on the other, she’s more of a Bridget Jones. 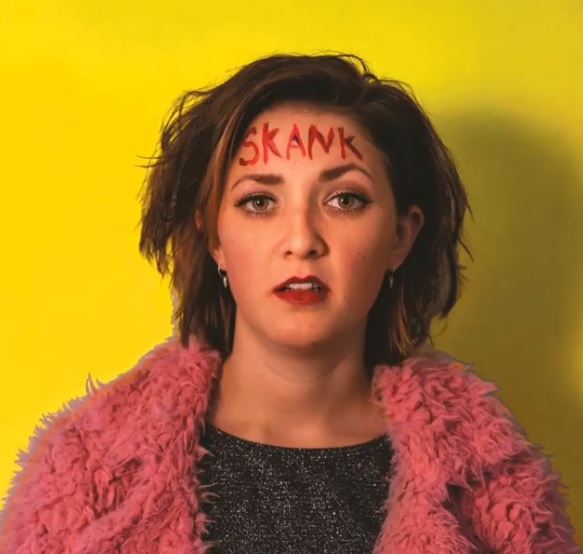 She was brutally honest and had moments of promiscuity, but I felt more empathy with the role, and her opinions toward the do-gooders with whom she worked. But what SKANK does, that neither Bridget Jones nor Fleabag does, is unravel the character’s true vulnerability with her own self-image and health. Despite dealing head-on with female sexual health, this wasn’t a play solely for women, in fact, the audience was mixed gender and both men and women were equally entertained throughout the performance. Why? Because it was wickedly funny!

Kate, the show’s protagonist guided the audience through the hugely complex issues that women face in contemporary society with searing wit and writer/performer Clementine Bogg-Hargreaves delivered a hilariously energetic performance on the one hand, whilst also taking your breath away with moments of stark vulnerability on the other. Despite dealing with mental health as a core theme, the play resists naval-gazing indulgence and opted to supress Kate’s anxiety into the unconscious so when it emerged at inopportune moments, the impact on the story was all the more effective. It was the technical wizardry of George Roberts that gave us some of the most wonderful moments of this performance where we experienced Kate’s anxiety taking hold of her and through the use of sound and lights, the audience were drawn into what a panic attack truly feels like.

The set design was simplistic but perfectly functional to transition between office, home and doctor’s surgery and it was in the latter where I particularly liked the multifunctional use of the desk as the doctor’s examination table. It was on this table where one of the most uncomfortable but poignant moments of the play took place.  The stark reality of Kate’s procedures on this table demonstrated that this production was not afraid to show the gritty reality of life. This was one of those moments which will stay with me for quite some time after watching it.