Depths Of My Mind - The Lowry, Salford

There are actual physiological differences in adolescent brains that means that the way they experience and process the world is different than an adult brain, in the way they behave, make decisions and solve problems. However, adolescents are not necessarily given credit for these biological differences. Scarabeus Aerial Theatre have researched with Neuroscience in Psychiatry Network (NSPN) to bring to life the latest developments in the teenage brain. Flawlessly combining aerial art, acting, dancing, music and projections, ‘Depths of My Mind’ is a truly multi-sensory experience.

The immersive piece saw the four performers suspended on moving transparent platforms, where the audience were encouraged to sit on the floor beneath and even to lie down to fully experience the art. As the show progressed, the audience were constantly moving around the space as the action unfolded in different locations - perhaps reflective of the show’s exploration into how it feels to be growing up, changing and searching for somewhere to belong. However, the performance was still fully accessible for those less able to stand, and chairs were provided for those who needed them. 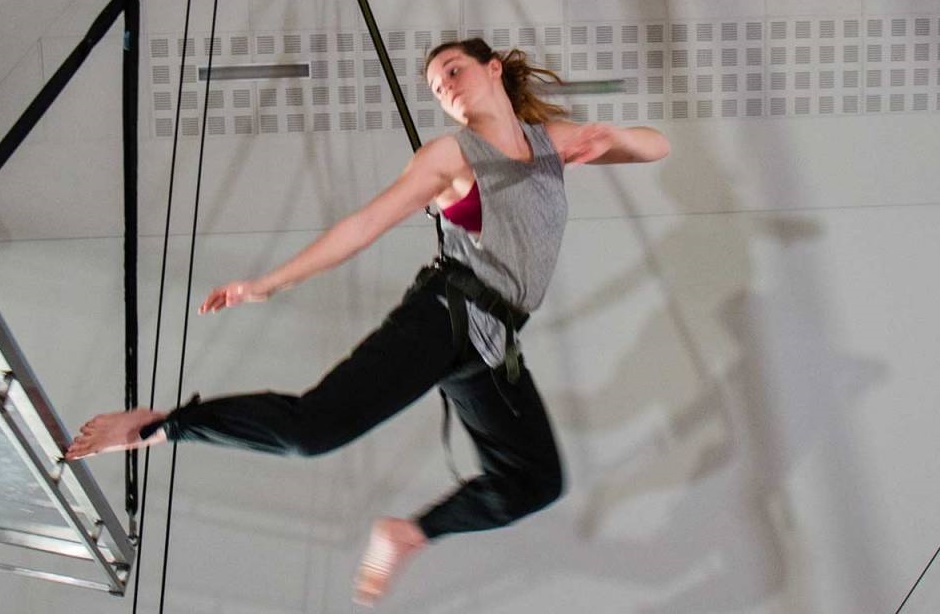 The piece did not shy away from anything and many issues were explored boldly yet with sensitivity, such as sexuality, aggression, violence at home, and much more. The soft, tender moments balanced with the darker, angrier moments showed both the fearlessness and fragility of the teenage brain. Particular stand out moments were the duet between the two young women, Rachel Ni Bhraonain and Willow Vidal-Hall, which was incredibly moving; and the piece between Kipat Kahumbu and Eric Mitchell which would’ve had the audience on the edge of their seats had they been sat on them. But from ribbon work, to Chinese pole, to dance, the evening as a whole was an astounding spectacle. The pieces were interspersed and accompanied by visual projections including an overview of the brain from a neurological stance, video diaries, and stunning imagery.

As the performance had so many different elements, it was clear that it truly was a whole team collaboration, from the NSPN scientists, to the creative and performing team. Scarabeus also consulted with young people to workshop and create the piece.

The show itself was under an hour leaving the audience wanting more, however the after-show talk was equally engaging. It was refreshing to see the creative and research team so passionate and quite-rightly proud of the piece of theatre that they had just shared. When the discussion was opened up to the audience, it became clear just how important ‘Depths of My Mind’ was as audience members began to open up about their own personal experiences. There was also speculation of what the future could hold, and Professor Ian Goodyer put it best when he pointed out that more neurological research coupled with representation through theatre such as Scarabeus’ piece, is a step in the right direction for being able to change things to better support adolescents.