He was born in Basildon but now lives in York. He was married for an entire year! He has toured all over the world and been a consultant on numerous TV shows. He is in his thirties. He’s got a beard and a lot of tattoos. He is labelled as an illusionist, mind-reader and mentalist. That’s the background done.

When Luke walked onto the stage of the Quays Theatre at the Lowry, he looked something like a Victorian showman, wearing a waistcoat and all of his tattoos were covered up. He spoke in a strange, lilting manner, as though he was trying to mesmerise us… as he may well have been doing. Stickers had been put on the auditorium seats before the show and those luck/unlucky enough (delete as appropriate) to find a sticker were asked up onto the stage to assist. I didn’t have a sticker on my seat; even if I had done I wasn’t going anywhere. 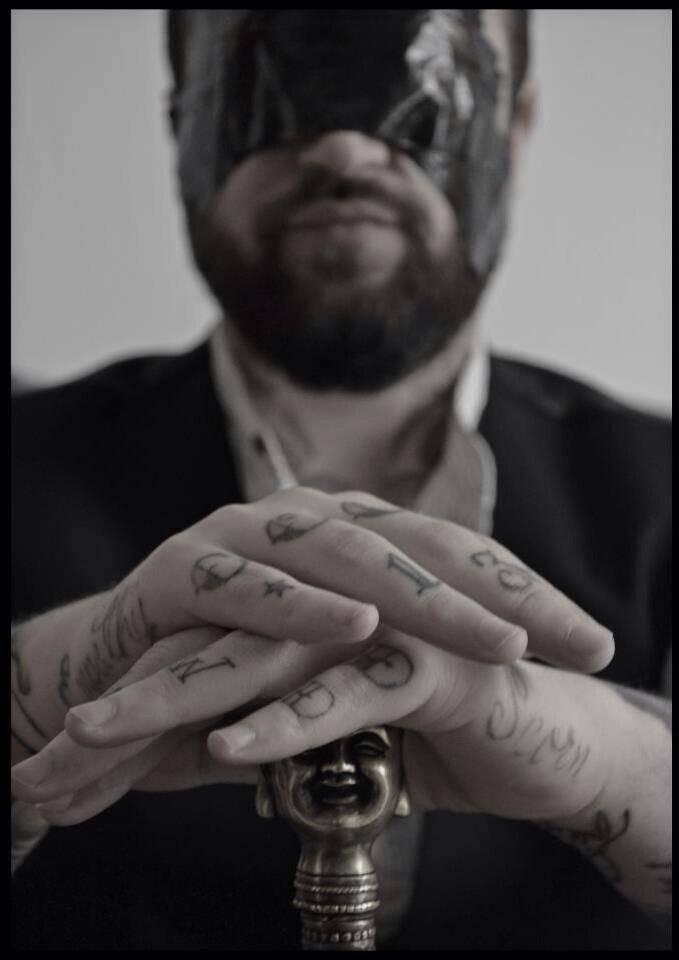 The panel of six from the audience assisted with a variety of displays of Luke’s mind-reading ability. He asked two of them to read a section from a book at random and then he would describe what they had read. It was impressive, but I wasn’t wholly convinced, as he could have somehow manipulated events, which would still have been an amazing feat. He spoke to audience members; he knew their names, star signs, complete dates of birth, marital status; he knew everything about them. He even guessed a man’s funniest memory of being naked in the snow. Everything he said was very specific and absolutely spot-on; there was no fumbling vagueness that you get from others in the trade. He was 99% accurate. Of the 1% that missed, they were things like: “Do you do dancing for a living?” “No… I’m a yoga teacher.” which is so close it really constitutes a hit.

My partner preferred the first half of the show, but I preferred the second half, though it was more Doris Stokes than Derren Brown. The audience were asked to contribute questions, written on pieces of paper. Luke was blindfolded and picked questions at random – he didn’t read them, he couldn’t read them; he screwed the paper up in his hand and held it. Each time he correctly knew what was on the paper. He guessed the name and birthdate of the asker and he provided them with very full and detailed answers. Unlike other “mediums”, he didn’t grope around and try and prize out clues: “Does it begin with a D? I mean P. T then? Is it Trevor? Tony? What is it, love? Terry? Yes, that’s right, Terry.” None of that. He was direct and very, very specific. The audience members gasped at his accuracy. It was quite astounding. Some of the questions were very personal and he gave full and detailed answers. A couple asked about the sex of their unborn child. A man asked when things would be resolved with his ex-wife. Each time he knew every aspect of the situation.

Is he mind-reading? I would have to say no. He is similar to Derren Brown, who freely admits that he is a showman and has no special powers, but uses the power of suggestion and psychology. I have no idea how Luke does what he does, so confidently and with such an amazing success rate. If it was scientifically proven that he had magical powers I wouldn’t be that surprised, but the scientist in me insists it must be illusion. Clever illusion. Stunningly clever illusion. But whether Luke has a sixth sense or is a first class trickster isn’t really the issue. He is a genius and his show is breath-taking.

Lastly, Luke predicted the headlines of tomorrow. He foretold an assassination attempt on the Pope, in Vatican City, to occur within twelve months. He foretold other countries having referenda about leaving the EU, resulting in Italy leaving. He foretold a news story about a teenage Japanese vampire cult breaking into a blood bank. And finally, he foretold the winning numbers for next week’s lottery. As probably the only person with a pen and pad on their lap, I was possibly the one who got all the numbers. This is the best test of Mr Jermay’s talent I could ask for. If I win next week I promise I’ll let you know… from Barbados.