An inspiring mix of astonishing athleticism alongside tender purposeful moments, Kin is a show that is breathtakingly stunning from start to finish.

Kin consists of five men and one woman on the stage throughout the performance and opens with the five men fighting each other. There is a feeling of tension amongst them and they all seem to have something to prove. The female character (Nikki Rummer) is driven in the way she demonstrates her desire to get the men to ‘perform’ for her one way or another by taking on the role of a judge in a talent show.

I use the term ‘female role’ intentionally as this part may represent a mother, a Sister or even a lover. The role could certainly be interpreted by individual audience members differently. When asking the men to perform she does this by shouting out their numbers and assessing each performance. As each man’s individual performance improves they show the audience how they have grown from their initial clumsiness and uncertainty to how they can impress her. Gradually each man’s performance becomes more meaningful as they each want to prove that they are in some way ‘the best’ and therefore they will ensure that they gain her undivided attention. 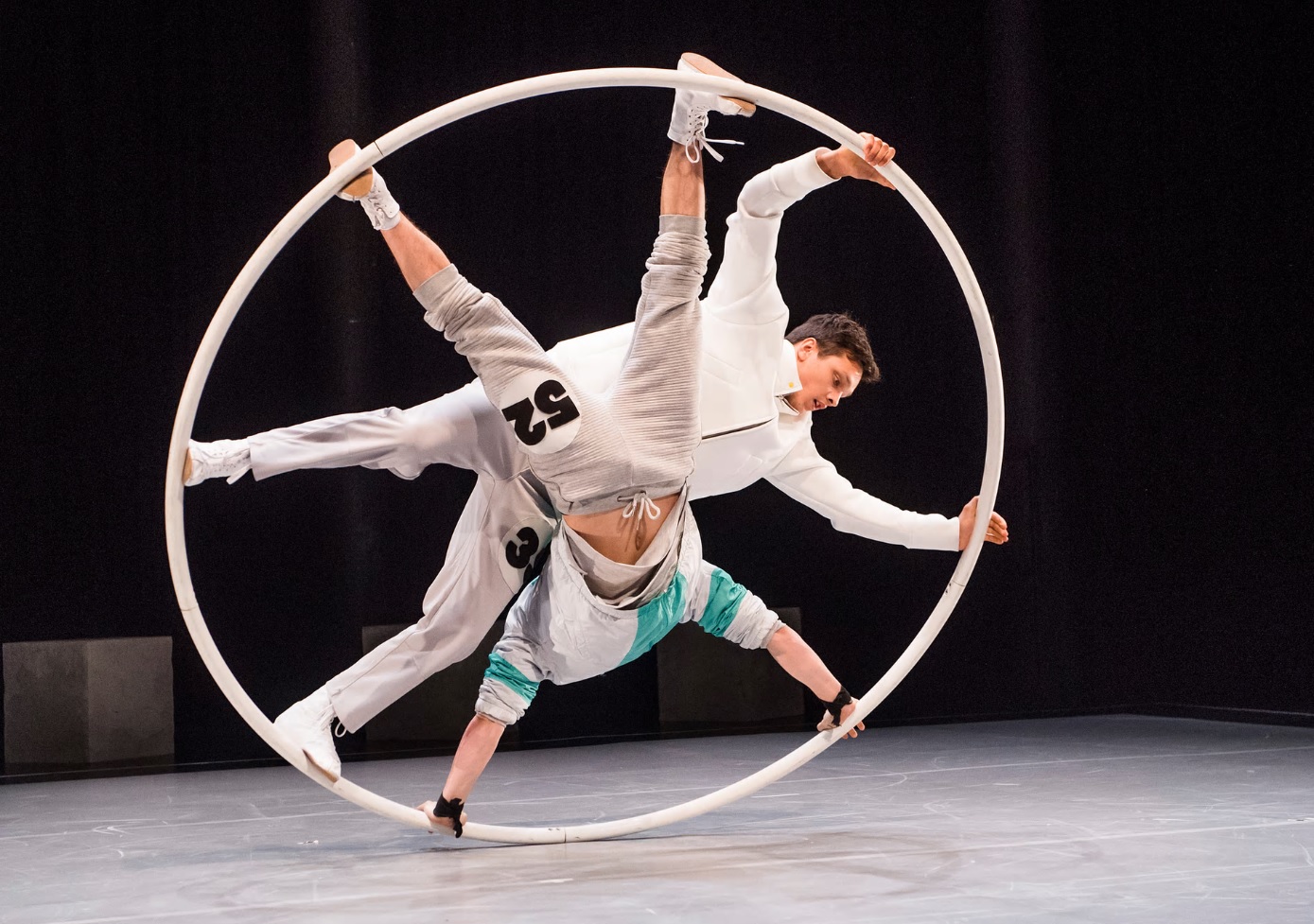 The performance highlights the relationships that individuals demonstrate in a group setting. There are some amusing moments throughout the performance including the moment that the female ‘judge’ gives a banana to some of the men individually to express her pleasure at their performance.

The performers are utterly incredible in every sense. Barely Methodical troupe throw themselves through the air- at times they could be flying. This is mixed with tumbles and the manoeuvring of their bodies to be caught by other members of the troupe.

It goes without saying that The Barely Methodical Troupe are incredible performers that encapsulate being a clown, immense physicality and a trust in each other that is emotionally very moving. However, it is important to give a special mention to the female role (Nikki Rummer). She is absolutely mesmerising in her physical accuracy and her expressive performance with each of the men. So positive to see such a strong female role in a circus act that is traditionally very male led.

One prop that was used that demonstrated a talent like no other was the Cyr wheel. This involved one performer and then at another moment in the show two performers, spinning within the wheel. The spinning and the movement of the performer in the wheel was incredibly beautiful and the audience responded with a rapturous applause.

The performance ends in many ways as it began- the female ‘judge’ chooses one of the men as her ‘chosen one’ and the other men are so disappointed that one of them has been chosen without the others that they bring him back. The performance ends as it started with the men fighting with each other perhaps expressing that they do not need a female to break the camaraderie they have.

Kin is dynamic right up to the very end and can be as deep and meaningful as you wish it to be. It could be seen as complicated in parts but is balanced by being very simple in others. It is a story that can symbolise friendship and relationships for many. A standing ovation was entirely justified. Personally I could have watched it for a lot longer than the 1 hour 15 minutes it was on for. A sheer joy.