I’m almost certain, most of us are familiar with the story of The Wizard of Oz, if you’re not it’s the bright, warm, fuzzy tale of how best friends, and even better shoes can change a girl’s life.

The tale of Dorothy, and her bittersweet quest to find home, has been reimagined many times, in both film and theatre - I am almost certain it has never been produced like this before.

LHK Productions have recreated this classic, sweet tale for the Easter Pantomime. It truly was created for Liverpool, in the funny, self-deprecating, scouse humour way that LHK know how to execute perfectly.

The musical intro, really captured the attention of the children (big and little!), it was both spooky and jolly, landing us right at the heart of Kansas, where a storm was brewing. It was funny to see a very sparkly, bouncy and blonde Auntie Em - but of course later on, Liverpool’s own Claire Simmo, fit the bill perfectly as our beautiful Good Witch Glinda. I felt like the music, accompanying Dorothy’s (X Factor's Lola Saunders) singing in particular, really flattered Saunders beautifully soft singing of Somewhere Over The Rainbow, and other songs. 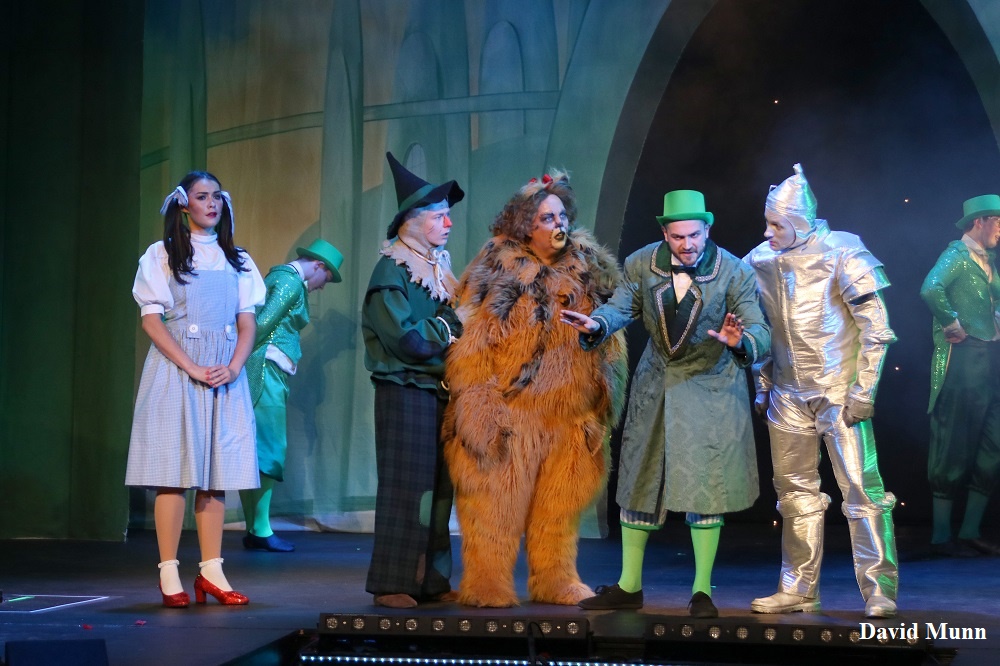 Speaking of music, the whole show was a fantastic mix of songs from the original film, some less traditional modern fare, with one or two songs you may recognise from adaptations of this tale. The live band, perfectly captured building the atmosphere, and setting the scene for the audience, so we could easily feel when naughty or nice were on the way. The cymbals crashing in time with poor rusty Tin Man, was a great touch to support his character.

The traditional panto baddy - in this show, the Wicked Witch, was portrayed by funny man, Michael Chapman. Chapman certainly knows how to garner the giggles, from adults and children alike, the majority of huge laughs and reactions, come when Chapman is on the stage. I loved his perfect mix of jokes that the kids could understand, and just enough to keep the adults entertained too. I laughed the whole way through, even at Linzi Germaine as the Cowardly Lion - poor Lion had some wind problems, the toilet humour was well received by all. I do not offend easily, but I found just one joke by Chapman, to be in poor taste - a quick depiction of someone with a bad leg, got a tonne of giggles from the kids, but not from me. I appreciate acting to portray illness and injury is vital to shows, but this flash in the pan mimicking of a bad leg was ever so slightly crass.

Aside from that, I thoroughly enjoyed the whole show. The backing dancers did a phenomenal job of supporting the main cast, both the munchkins and adults danced so well. It was really great to see the dancers at times, take to the stage without the main cast - it really gave them their chance to shine. Even the youngest children, cast as the Munchkins of Oz, put on a really great show, exceptionally smiley and coordinated. I think a lot of credit is due to the teams who coordinate the lighting and the set, because really the ever changing scenery, depicted all the elements of Oz perfectly, the scenery changed so often and seamlessly.

With some unexpected twists, turns and elements to this traditional story changed, the show is a laugh a minute. Though much is different, much is also the same - we don’t need magic, sometimes the power is in us already, all we might need is a little bit of help from our friends.