John Williams: A Life in Cinema at The Bridgewater Hall

What an absolute treat of an evening's musical entertainment! Every year, the Halle Orchestra perform a series of Pop Concerts, which, rather in the spirit of The Last Night Of The Proms without the patriotic pomp, opens up the world of Classical music to those who would not normally be interested and certainly wouldn't sit through a Beethoven symphony. This is one of the world's leading orchestras reaching out to a different demographic, and it was indeed lovely to see that the audience really reflected this. Very young children accompanied by parents and young couples accounted for a large percentage of last night's audience.

So what had they all gone to see? It was the first concert of this season's Pops, and it was an unabashed tribute to the genius that is John Williams. Undoubtedly one of the best film composers ever, and, at the ripe old age of 83, still going strong. - Quite coincidentally, but interestingly and gratifyingly, he has been nominated this year to receive the AFI Life Achievement Award; an accolade never before in it's 44 year history, given to a composer. - Having already composed the music for over 150 films spanning 7 decades, the choices for tonight's concert were endless! However, they wisely chose to interpolate one or two lesser known works between time-worn favourites and timeless theme tunes that almost anyone would recognise, even if they hadn't seen the film. So we were treated to music from 'Star Wars', 'Jaws', 'ET', 'Jurassic Park' and 'Superman'; all of which as fresh and familiar as when watching the films for the first time. Harry Potter fans would not have been disappointed either as two of his compositions from "The Philosopher's Stone" were also included.   However, the ones which I was more interested in, and indeed the ones which have now made me want to watch the films, were the ones which were unknown to me. There was a beautifully haunting melody from "Memoirs of a Geisha", and interesting all-American Copeland-esque piece from "Lincoln", and a lovely tribute to the early twentieth century English composers in the offering from his film music to "War Horse".

When watching a film it is amazing how little notice we take of the music, even taking it for granted; however, sitting there, watching the orchestra, really forces you listen to the music and to appreciate the brilliance and diversity of each piece; and the Halle Orchestra was in very capable hands last night under the baton of the charismatic and talented Stephen Bell. His energy and passion for the music he was conducting was contagious, and his MC-ing of the evening, giving a few anecdotes and further information about the music they were playing, was a nice addition to the programme and to the evening.

The Orchestra will next be under Stephen's baton on the 31st October when he conducts them in spooky Hallowe'en music; and as for the verdict on last night's offering, then do we like the music of John Williams and did The Halle Orchestra once again prove their right as one of the premier orchestras of the world? And of course the answer to both was a resounding YES!! 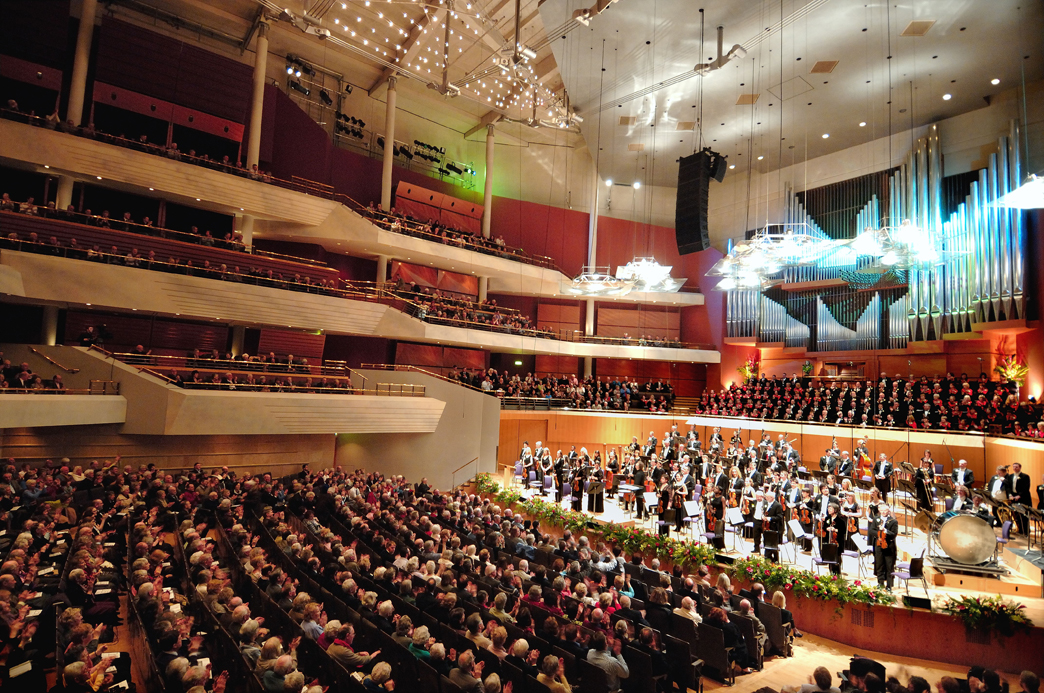