Soul Legends is advertised on its flyers as "The Feel Good Show of the Year" so as an avid soul fan I had high hopes for a great night.

The six main performers (three gents & three ladies) worked hard with numerous costume (& wig!) changes throughout the night. Their enthusiasm was evident throughout as they worked their way through the hits of Aretha Franklin, James Brown, Tina Turner, Michael Jackson, Barry White, Chaka Khan & many others.

Unfortunately for me, they didn't quite hit the mark.

The audience were a mixed age range. The younger end were in the party mood with a few up out of their seats dancing (much to the annoyance of with the older end who were seemingly happy to sit in their seats & clap along only when encouraged to do so.

The second half opened with the amazing Gwen Dickey (of Rose Royce fame) seated centre stage. Her stage presence & voice were absolutely breathtaking & despite only treating us to four tracks, she had the audience in the palm of her hand from the moment she spoke "Wishing On A Star" was just thinking wonderful & "Car Wash" had the entire theatre out of their seats singing & dancing along.

The return of the original six performers to the stage was sadly a bit hit & miss with the more upbeat numbers keeping some of the audience on their feet still dancing but these were interspersed with slower numbers which unfortunately resulted in the audience returning to their seats & therefore spoiling the party atmosphere that the amazing Gwen Dickey had created in the space of four tracks.

The show is advertised as having elaborate costumes - I have to disagree, the costumes look tired & in some cases shabby (some of the dresses have definitely seen better days!) & one of the gents seemed to be wearing costumes for someone clearly several sizes larger than he was.

The choreography is billed as "jaw-dropping" again I'd have to disagree. From a soul fan's perspective it was not much more than an average "two-step" with the performers not in time with each other.

What was noticeable throughout was the "Soul Legends Band" - although their musical ability cannot be questioned, the four piece looked bored & completely out of place. As they are on stage on raised platforms throughout the show, I would have expected them to have more stage presence & (with the exception of the drummer) to have maybe joined in with the basic "two-step" routines.

Maybe if more of the audience had been in the mood to party then this would have been a better night - unfortunately I left feeling a little cheated & deflated. 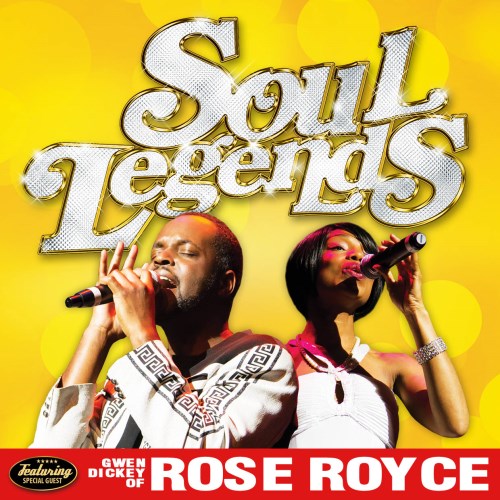