Live on Mars - The Lowry, Salford

There was more security at the Lowry Theatre tonight in view of the recent terrorist attack in Manchester which claimed 22 young lives and injured so many more and a visible police presence in the area which was reassuring to theatre goers. It did not feel disrespectful in any way to be attending a show, more a feeling that 'we will not be intimidated' and a collection was held at the theatre in support of those who lost their lives.

Before the show started there were movie clips of the moon landing and then the theatre plunged into darkness and one by one the band members spotlighted and then Thomas launched straight into 'Space Oddity'.

Thomas bears more than a passing resemblance to Bowie and his singing is a fitting tribute to the iconic Bowie. I did feel as though it is a fairly newly put together show as there was little rapport between band members and the audience, including Thomas's approach to the songs performed particularly during the first set. Thomas appeared nervous during the first half and rarely spoke to the audience other than to give thanks at the end of each number which were all applauded loudly, although it took until the second half for the audience to totally interact with the show, standing, dancing and joining in with the singing and this was after encouragement from the band. This could possibly be due to recent events but I do feel the lack of introducing the songs personally or giving out snippets of information about Bowie, leave the show lacking in areas, however many of the songs performed tonight were highlighted on the screen at the back of the stage, along with details of the year and album it was taken from. 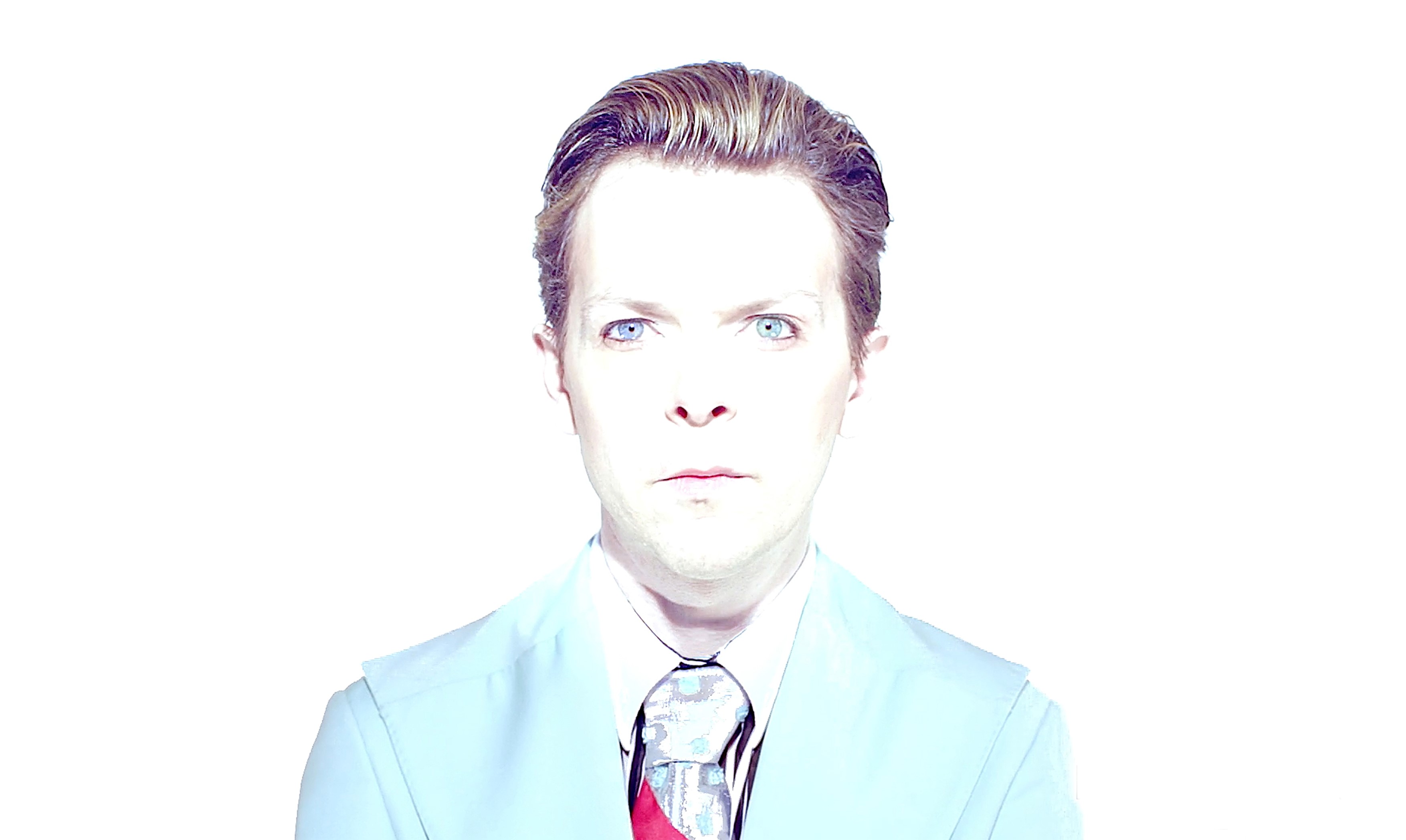 Lighting and sound were effective if a little dazzling when spotlighting into the audience.

Having seen other Bowie tributes I was expecting to see some of the flamboyant outfits, glamour and funky red spiky hair associated with the star, particularly during his 'Ziggy Stardust' days and as many of this era's songs were covered I was little disappointed that Thomas only wore a suit and then a waist coated outfit. Maybe this is the path this tribute is taking but as some of the audience members had the zigzag flash makeup across their faces I feel that this is something others would have expected too.

In the second half Thomas definitely appeared to relax and addressed the audience on a couple of occasions but stumbled over his words saying they were coming to the end of the first set when it was actually the end of the show, but quickly correcting himself although I think the audience would have been quite happy for the show to have just reached the interval stage! That little bit of conversation actually made me warm to him a little more, please more interaction with the audience!

Thomas played guitar (just like Ziggy!) and the saxophone with a fabulous sax spot during 'Young Americans' which rounded off the first half. The band fabulously recreate the music of Bowie covering hits from mainly the1970's, all the favourites are there including 'Heroes', this show has some amazing talent but has all the potential to be so much more.