A Multi-Platinum selling, double Brit Award winner who rose to fame after finishing in third place on the first series of British talent show Fame Academy - which was won by songwriter David Sneddon (Erm..sorry, Who?) - it is no surprise that Lemar is admired by millions for his silky tones and soulful tunes, but I am unsure where many of them were on Tuesday night (admittedly a difficult night to sell, especially with the two Manchester teams playing) as they certainly weren’t at The Lowry’s Quays Theatre which I found odd to be used, despite giving an intimate ‘living room’ feel to the Manchester show of his tour to celebrate his new album ‘The Letter’ out next month. Some would say ‘It’s Been a long Time’.

Appearing quite nervous to begin with, starting his show after a long delay (possibly due to preparing after the ‘Meet and Greeters) after support Hannah Boleyn, his band entered first to tune their instruments which I would have guess should have been done ages before during a sound check. After that we were away, with a mix of old favourites from his past five albums and new material and covers that feature on his forthcoming release, dancing (both the audience and his two backing singers/dancers), synths and the odd impressive falsetto note keeping the show going.

The 37 year old ‘Soul Man’ started with a song that’s lyrics aptly state he is ‘So Glad You Could Make It’, before Soft Cell’s ‘Tainted Love’, ‘Higher Love’ and a beautiful version of Diana Ross’ ‘Someday We’ll Be Together’ which features on his album with The Water Sisters who originally sang on Ross’ recording of the song. We were then treated to a trip down memory lane with a medley that included ‘Lullaby’, ‘Weight of the World’, ‘I Believe In A Thing Called Love’ and ’ Time To Grow’. 50/50 got the crowd going, up on their feet from the start of the show, as did ‘Dance Dance Dance’ which nicely had some ‘Uptown Funk’ in the middle. The only cover in Elton John’s catalogue ‘Love Song’ had to be added to the album as this guy is the king of feel-good and groovy soulful love songs, and his next single ‘Love Turned Hate’, finishing the gig with a poignant track as the first of three encores, with ‘If There’s Any Justice’ and the title track of his forthcoming album ‘The Letter’.

With a band that has toured with the likes of Alexander O’Neal, The Overtones and whose relatives have performed with the likes of Edwin Starr, the music is brought to life as the show progresses. The lighting didn’t seem to move until half way through.

There is nothing better than live music, especially when an artist maintains their voice so distinctive on their recordings and, in this case, the sophistication and modesty. Details of the remainder of his tour and developments of his album can be found at www.lemar-online.com 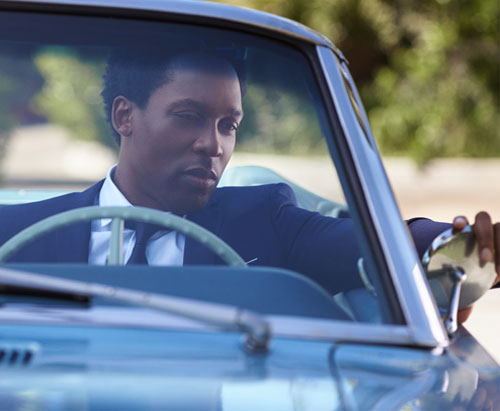