As someone who has never seen the television version or read the play, I was going in with completely fresh eyes. When I arrived at the Opera House one of the first things I noticed that the audience was largely an older crowd.

You could see a lot time was put into getting the set right for the theatre show. When the lights first went up and the set could be seen, it was evident it was set in the 1970s. The faux leather sofa and the drinks cabinet were just some the giveaways. 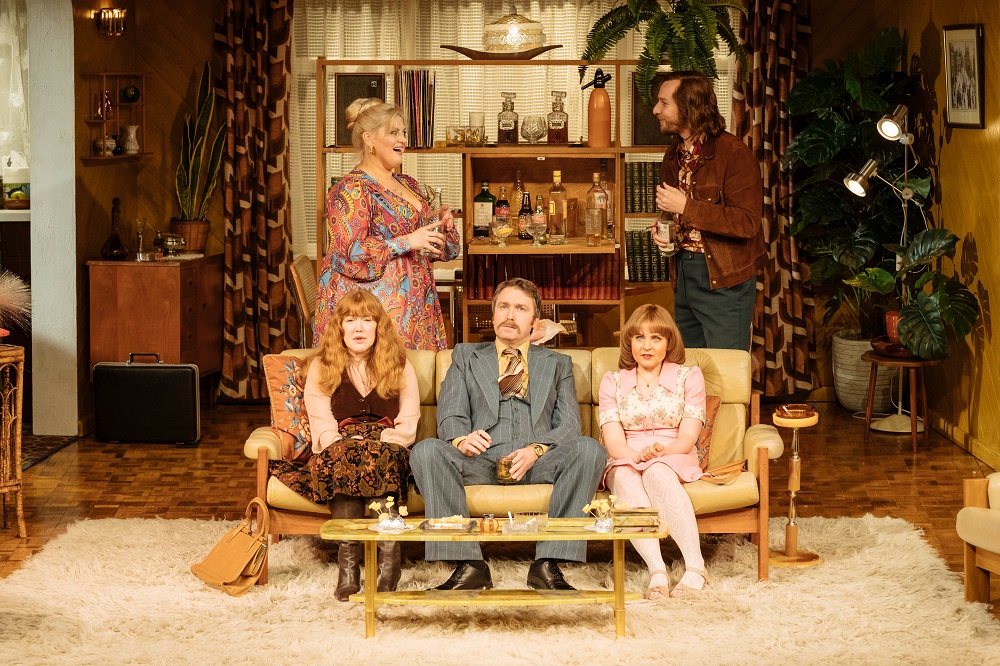 I can completely see why Abigail’s Party was a hit when it was released in the 1970s, however I don’t think it has really stood the test of time. A lot of the humour is not very relevant for an audience more than 40 years on.

Beverly and Lawrence have invited new neighbours Angela and Tony round for drinks. They have also invited next door neighbour Sue as her 15 year old daughter Abigail is having a party. Beverly and Lawrence are a bickering middle-aged couple. Angela and Tony are a that classic couple who make out that everything is perfect on the outside, where behind closed doors you get the feeling something sinister happens. Whereas Sue is a much spoken divorcee, who doesn’t seem to have much to say at all.

Prenger does well in the leading role of Beverly, however at times it did come across as she was trying too hard to make the audience laugh. Having said that, everything from her walk, pouting and grating accent had the audience in stitches.

Keegan at first was my favourite character as she delivered her lines in a very softly spoken unenthusiastic manner. However, as time evolved all lines were delivered in the same way and it stopped being funny. Having said that, her interpretation of the role was a good example that sometimes less is more.

On the face Abigail’s Party is a comedy, however it is actually quite sad as none of the characters seem to be contempt at all. The play never really evolves from anything beyond small talk.