Bradford-based radical theatre group Bent Architect brought their new production to The Partisan Collective, a co-operative social enterprise based in a splendid if dilapidated building at the end of Cheetham Hill Road in Manchester. The building’s cosy and intimate basement was the setting for Mick Martin’s play Women of Aktion.

The play has an unusual genesis. Its subject, the role of women in the 1918 revolution in Kiel, Germany, forms the basis of a research project led by Professor Ingrid Sharp of Leeds University. Her focus is to explore the part played by women in this tumultuous event at the end of the First World War, a part that historians have tended to ignore. To this end, she has worked with Bent Architect to devise this play, which brings the “Women of Aktion” into the limelight.

Very cleverly, the play dramatises the recollections of Joan Littlewood, whose Theatre Workshop later devised Oh What a Lovely War, regarding her encounter with the German expressionist playwright Ernst Toller in 1935, an encounter that took place just down the road from this venue, in Rusholme, where Joan was working with the Manchester Repertory Theatre. Toller had fled Nazi Germany, and was co-director with Littlewood of the Rep’s production of his play Draw the Fires, which tells the story of the Kiel uprising. 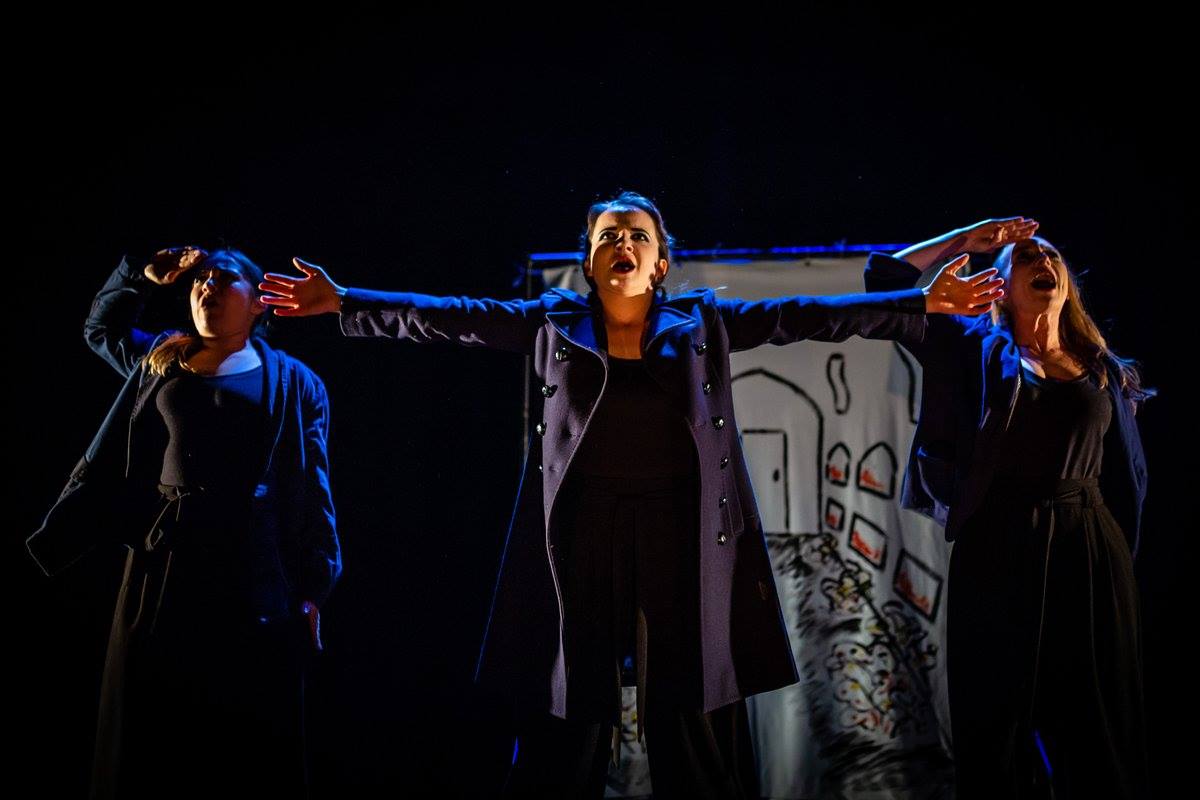 In Mick Martin’s version of the meeting of these two explosive talents, Littlewood insists that the play needed to represent the actions of the women in Kiel who contributed to the revolt. Toller resists, and the play then moves fully into the events of 1918.

Crucially, all the dialogue is derived from the materials unearthed in the research project, so there is a real sense of historical documentation to the action. Toller actually worked with several of the revolutionary women who feature here, but despite their major role in the uprising, Draw the Fires erases them completely. This new play redresses the balance. This might suggest a rather arid academic exercise, but Women of Aktion is very far from that.

True to Littlewood, and the German tradition of Brecht, Women of Aktion dispenses with much traditional theatrical convention. The three women who play all the parts frequently address the audience, and commentate on each others’ actions. Francesca Anderson as Littlewood, and Rachael Gill-Davis as Toller create a frenetic tempo from the start, and that pace never flags in this ninety-minute piece. A bare set, with interchangeable painted backcloths to suggest different locations, and on-stage quick costume changes place the production firmly in a tradition that Littlewood did much to popularise in this country.

The testimony of ordinary women is crucial to the play, none more so than that of Gertrud Voelcker and Martha Riedl., one an office worker and the other a schoolgirl. Their lives, played out in hunger and poverty as the town is blockaded, form the central action. Claire-Marie Seddon plays Voelcker, moving skilfully from dutiful secretary to fervent revolutionary to defeated prisoner. In true Brechtian style, the play features music and songs too, and the multi-talented cast provide them, alternating between keyboard, guitar and trumpet.

What struck this reviewer most was the sheer energy of the piece. The action was literally non-stop, and the ensemble playing of these three very gifted performers made a complex and often didactic piece really enjoyable to watch. Amidst the rapid fire changes of character and costume, sometimes the narrative became rather confused, but this was rare, and was certainly compensated for by some genuinely moving and poignant moments as the brave hopes of the initial revolt faded away.

Director Jude Wright is to be commended for a show that packs so much action and information into a form that works, thanks to the brilliant efforts of her three performers. The play raises some important questions, not just about these events from a century ago, but about the marginalisation of women’s voices in general.